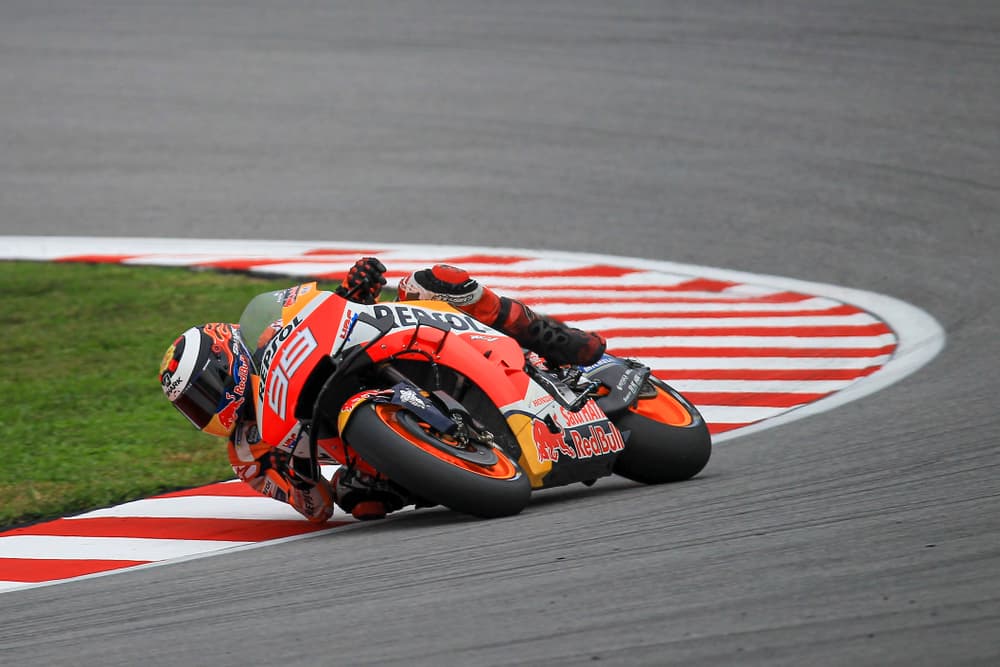 MotoGP is a thrilling sport for both the racers and the spectators. The motorbikes fly by at lightning speed, skillful riders pushing their machines to the limit. And then there is the occasional crash, which is scary but spectacular to watch. The bikes are built for speed and are lovely to look at, so, as a motorcycle enthusiast, you might wonder whether those bikes are road legal.

MotoGP bikes are not allowed to ride legally on public roads and would most likely struggle to do so, even if they were allowed. These bikes are built for speed and are made to be as light as possible. Many components that would make a bike road legal are left out to achieve this.

MotoGP bikes are custom-built for racing; they are not road bikes that were modified for racing. Because of this, they have many added features that would not make them suitable for riding on public roads. Some manufacturers have used the chassis and engine used in MotoGP and converted it into a road-legal bike that was put on the market.

Is A MotoGP Bike Road Legal?

MotoGP teams also fit several components to the motorbikes to boost the performance of the bikes to enable them to go faster. The problem is that some of these components would make the bike more dangerous when riding it at lower speeds on public roads. Unless these components are removed or replaced with road-legal ones, the bike cannot safely ride on a public road.

MotoGP bikes are further customized to suit each rider. A rider might get onto his teammate’s bike and be confused about how his teammate manages to go fast on that bike. Although customization does not make a motorbike illegal, the level of customization that goes into MotoGP bikes would make them extremely difficult to ride for ordinary motorcyclists.

What Do MotoGP Bikes Need To Be Road Legal?

To make the bikes as fast and competitive as possible for MotoGP racing, constructors omit several components from their bikes that are considered essential for safety on the road. Without these components, any motorbike could not be considered road legal in the USA:

All these components, except for the rearview mirrors and exhaust pipes, would require extensive wiring on the bike and, of course, a battery to power it. As these would add unnecessary weight and some would make the bike less aerodynamic, these essential components are entirely omitted from MotoGP bikes.

Differences Between MotoGP And Road-legal Bikes