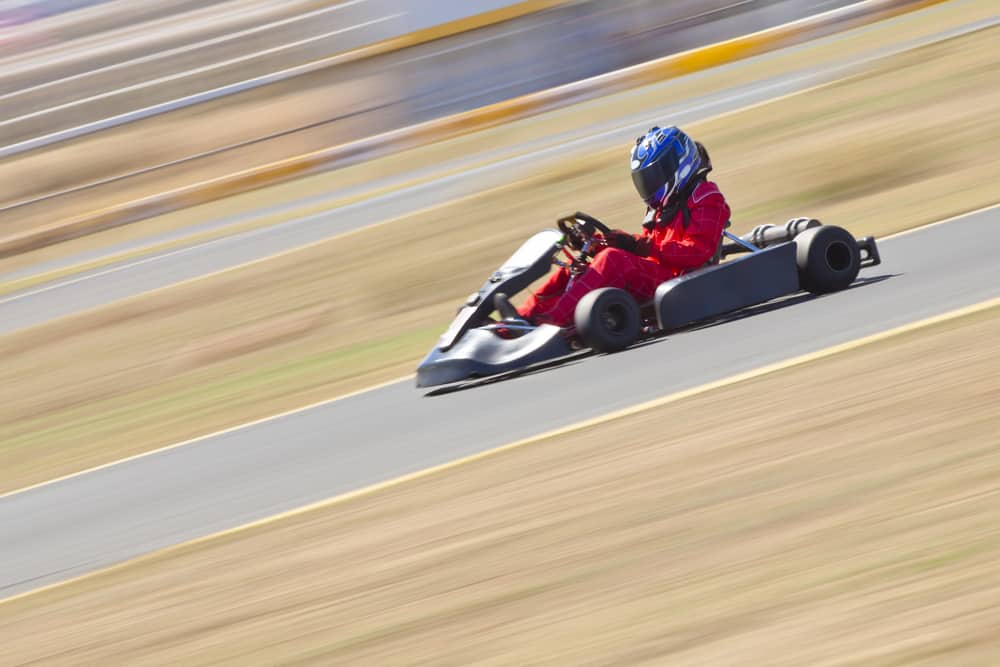 The skill and precision of modern Formula One drivers are remarkable. To race wheel to wheel at speeds approaching 350km/h, brake down to a quarter of that, negotiate tight turns and then accelerate away while, in some cases traveling inches away from a competitor requires a unique ability.

The current generation of Formula One drivers started karting between three and sixteen. The four most successful Formula One drivers, including Louis Hamilton, Sebastian Vettel, Fernando Alonso, and Max Verstappen, started racing Go-Karts before six.

Although not the only variable starting a racing career in karts before age seven seems to be a common factor amongst the winning drivers of the modern generation. It is partly due to the young brain being so plastic and factors such as the child learning to develop a match temperament early on.

The Current Generation Of F1 Drivers Started Karting At Age

The following table analyses the current Formula 1 drivers by looking at the following.

These numbers show a clear correlation between drivers who have won championships and the age they started racing. Those drivers started karting competitively at very young ages.

Louis Hamilton has won seven world driver championships, two hundred and ninety-two races, and has averaged nineteen and a half wins per year, and he started karting at age six.

What Skills Does Typical Racing Driver Have

It is clear that to compete at the levels which threaten the current crop of leading drivers, starting to compete at a competitive karting level before age six is s definite advantage.

There are many reasons for this, as follows.

There are a few reasons why young children learn faster the older people.

Children are less self-conscious and are more willing to make mistakes and take instruction when they are very young.

Ego only starts to enter the picture as they get older.

The younger a racing driver starts to compete, the better able they learn to handle the pressure, which is part and parcel of racing.

Lewis Hamilton was subjected to significant racial abuse during and after his karting days as a case in point. Taking his father’s advice, he chose to let his results speak for themselves, and the result is that he is the most successful Formula One driver in the history of the sport.

The brains of younger children are more plastic. The term to describe this is neuroplasticity which is the brain’s ability to change – to rewire, learn and grow the important connections.

Every child is born with over 100 billion neurons in their brain, many nerve cells that can start developing connections and exchanging electrical impulses.

While it is possible to learn at any age, these vast untapped neurons allow a child younger than six to develop both the connections and the brain orientation very easily and flexibly.

This impact on karting drivers is that the incredibly quick thought processes and reaction times are developed at a very young age, becoming part of the child’s muscle memory early on.

When a child learns new skills, the body incorporates these as automatic muscle reflexes (or motor memory) than older people.

When a new skill is learned, changes occur in the brain and alter how it processes information and sends it out to the muscles.

The result is that the physical development of the brain changes as new skills is learned. An example of this is professional players of stringed instruments who tend to have larger areas of their brain representing their left hand compared to a control group.

This area of the brain being developed allows a greater number of connections between the brain to the hand muscles, allowing for finer movement control.

The theory is that human memory comprises several systems that operate automatically and virtually independently of each other.

It seems like an almost impossible task when you first learn to ride a bicycle. However, with the help of a patient parent and enough persistence, it all suddenly seems to click together, and the new rider finds it very easy once they are on their way.

Experiments on people suffering from amnesia have shown how the different memory systems operate separately.

A study performed in Oxford (United Kingdom) had healthy adults subject to an MRI before taking a six-week course in juggling training. After six weeks, a second MRI was performed. It showed long fibers of white matter had developed and connected to different parts of the brain, which are responsible for the vision and making movements.

The most successful of the current Formula One drivers raced karts when they were six years or younger. While they still required massive skill levels and starting early did not guarantee them success, it is one of the contributing factors to their winning ways.

Learning anything at a young age is easier and more automatic than it is for older people. With the microsecond response times required from Formula 1 drivers, those who started at an early stage did benefit.

Louis Pretoriushttps://onestopracing.com
Previous articleHas An F1 Driver Ever Hit A Safety Car?
Next articleWhat Does Out Lap Mean In F1?

Is A Koenigsegg Faster Than An F1 Car?