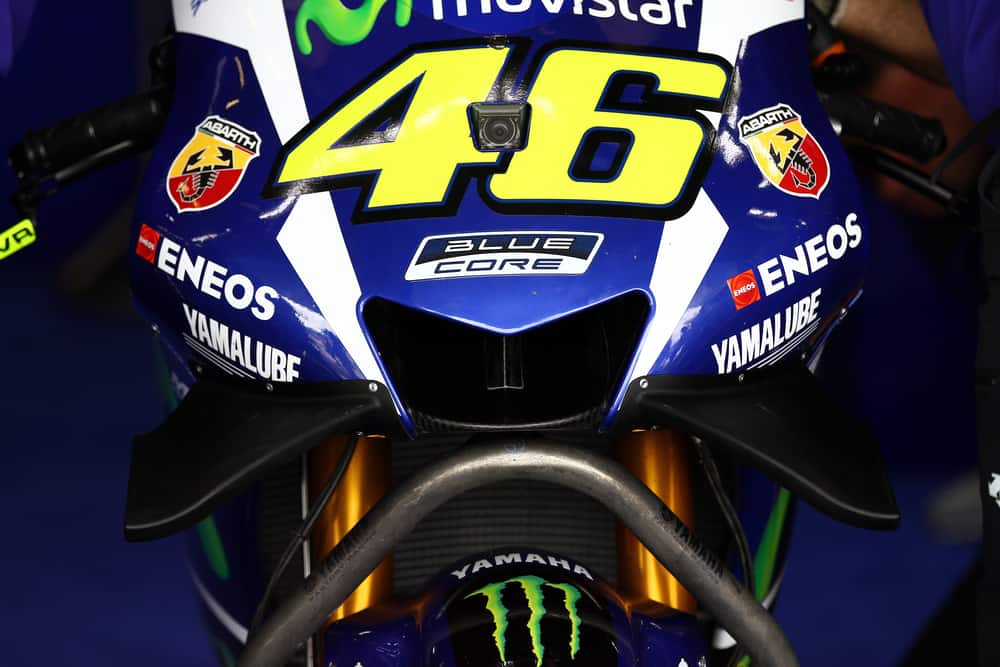 For nearly four decades, MotoGP has been utilizing onboard bike cameras to bring motorsport fans closer to the action and excitement than ever before. Many fans agree that using onboard camera shots allows them to truly appreciate a rider’s skill and the thrill of this motorsport – but which cameras do they use on MotoGP bikes?

MotoGP develops onboard bike cameras in-house. While MotoGP has remained tight-lipped on which specific camera manufacturers they work with, these leading manufacturers supply in-house engineers with equipment like lenses and software. All cameras are tested and modified before implementation.

If you want to learn more about how MotoGP uses onboard bike cameras to bring fans closer to the track than ever before, we’ll break down everything you want to know. Once we’ve explained how MotoGP develops onboard cameras for rider’s bikes, we’ll explain how the camera systems on the bikes work and the continual evolution of these cameras.

What Cameras Do MotoGP Bikes Use?

Since MotoGP implemented the use of onboard bike cameras nearly four decades ago, many fans have wondered which cameras are used on MotoGP bikes. Unfortunately, since MotoGP develops onboard cameras in-house, officials do not disclose which leading camera manufacturers MotoGP works alongside at any given time to develop onboard cameras.

Some companies that MotoGP and Dorna Sports SL have collaborated with in developing these onboard cameras include Sony, Canon, Fuji, and Apple. MotoGP sources equipment like lenses and software from these leading camera manufacturers. Onboard cameras are then designed and developed in-house to specific requirements.

For instance, the battery used by the main camera system has a fixed size. Due to this, engineers cannot increase the battery size but must work on optimizing it. The same applies to the rest of the complex onboard camera systems on MotoGP bikes, which are more akin to television cameras than portable Go-Pro cameras.

There are six cameras currently used on MotoGP bikes, with four cameras comprising the main camera system. MotoGP and Dorna Sports SL have been developing and evolving this onboard camera technology for many years to enhance MotoGP’s coverage. In the following section, we’ll take a closer look at the onboard cameras on MotoGP bikes.

As we explained above, there are currently six cameras used on MotoGP bikes. Four of these cameras comprise the main camera system, while an additional two cameras have been implemented in recent years.

When discussing onboard cameras on MotoGP bikes, it’s important to note that four cameras make up the main camera system. These four onboard cameras are linked by other components, including a GPS antenna, a high-frequency antenna, a data antenna, a battery, a digital central unit box, and more.

The main camera system is comprised of Front, Rear, Butt, and Helmet cameras. In addition to capturing the action, this system is responsible for gathering and transmitting rider data. This data is used to form onscreen graphics regarding the bike’s speed, position, and other valuable metrics.

The Front camera on a MotoGP bike is positioned where the headlight would be located. The camera looks out of a hole at the front of the rider’s bike. This camera captures HD footage and uses gyro technology to keep the camera level, even when the bike is leaning to one side.

Like the Front camera, the Rear camera is also an HD gyro-enabled camera. The rear-facing camera is installed under the seat unit. The camera is placed above the rear wheel, looking at the rider behind.

The Butt camera has a view of a MotoGP rider’s butt. This camera is also an HD, gyro-enabled camera.

The Helmet camera looks back at the rider’s face. MotoGP fans will surely recognize these shots! This HD gyro camera has a small lens, with all connected electronics tucked away under the motorcycle’s dash.

MotoGP has developed a controllable camera that’s capable of following and filming overtakes during races. The onboard camera controllers for MotoGP can control these cameras during races to create a more immersive viewing experience for fans.

One of the most recent additions to MotoGP’s camera system is the 360-degree VR live camera. This camera has four different lenses that capture footage. This footage is sent to Barcelona, where it is stitched together. Fans can then watch this VR footage and be truly immersed in a MotoGP ride. You can check out some footage captured with this 360-degree camera below!

How Have MotoGP Bike Cameras Evolved?

Even longtime motorsport fans might be surprised to learn that MotoGP used a live onboard camera before Formula One. In 1985, Randy Mamola’s motorcycle was fitted with a camera system that weighed approximately 2.9 pounds. Over the last 37 years, MotoGP’s camera systems have greatly evolved.

MotoGP has also been developing and testing shoulder cams for many years. Shoulder cameras would also work with gyro technology like the other onboard cameras. However, shoulder cams require smaller lenses for practicality.

Furthermore, to develop the next step in onboard MotoGP cameras, engineers need to work closely with leather manufacturers to develop working prototypes. From where the wires need to run to where components like the antenna and battery are located, countless considerations need to be made.

Ultimately, MotoGP and Dorna Sports SL continually push the boundaries of what onboard cameras are capable of. This is accomplished through in-house development alongside leading manufacturers like Sony, Fuji, and Canon. As these onboard cameras continue to evolve, MotoGP is focused on bringing the fans closer to the track than ever before!

Louis Pretoriushttps://onestopracing.com
Previous article
Who Are The Best Engineers in F1?
Next article
What Is Free Practice In MotoGP?