What Do Sponsors Do For F1 Racers? 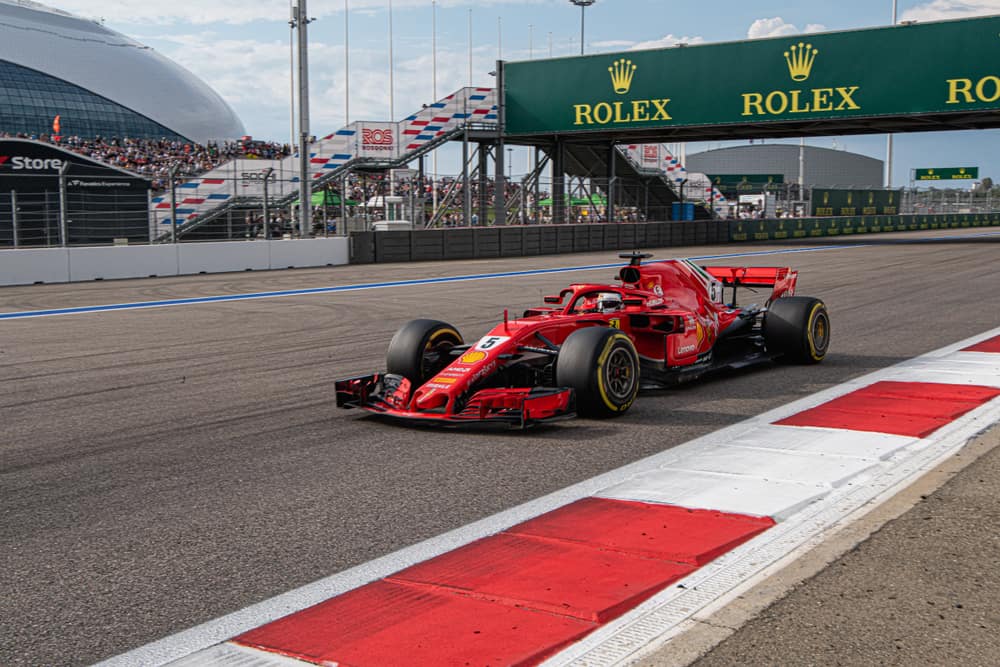 Formula 1 is one of the most prestigious and exclusive sports globally, and only a few people in the world get to drive an F1 car. It is common to see some drivers who have sponsors in the lower categories from a very young age, so it makes me wonder, what do sponsors do for racers?

The path to F1 is arduous and extremely expensive as it takes a lot of resources to start and continue, so drivers need financial support. Sponsors sign young promises and support them financially so they can continue their careers while representing their brand.

Many young drivers come from wealthy families and can pay all the expenses, but others come from humbler families. Without sponsors, it would be impossible for them to continue racing for many years.

What Do Sponsors Do For Racers?

Formula 1 and motorsports, in general, are not like football, athletics, or other sports where you only need a few things to get started. If you want to be an F1 driver, you have to prepare your wallet because you will need a lot of money.

First of all, you will need a kart to race, and then you will have to pay all the maintenance costs like storage, tires, and fuel, so it is not cheap at all. And to continue advancing in your sports career, you will need to travel extensively to participate in many competitions and upgrade your equipment as you age.

For this reason, many young drivers stop racing since their families cannot take care of so many expenses, and that is why to compete, you need to come from a wealthy family or be represented by a brand.

Sponsors sign children or young drivers who they believe have great potential and pay the expenses they need to continue racing and move up to more prestigious categories. In exchange, the driver will represent the brand and give it visibility, as they will wear its logo on his helmet, suit, and/or cap.

Sponsors can also make deals with teams to promote their drivers and offer money to hire them in exchange for displaying their logos on cars or team clothing. For sponsors, drivers are an investment. If they make it to F1 or another major category while representing their brand, they will be exposed to a vast audience, making it an ideal way to advertise their products.

Therefore, it is a partnership that benefits everyone. It’s a unique opportunity for drivers to keep racing, and if they perform well and progress, it’s an excellent way for sponsors to advertise their brand.

How Much Money Is Needed To Be An F1 Driver?

At this point, you may be wondering, is the road to F1 really that expensive? And the answer is yes, it is very, very, very expensive.

Some time ago, we published an article in which we explained if all F1 drivers came from a wealthy family, which you can consult here to read it more extensively, and we also talked about how much money it costs to become an F1 driver. In short, you need to be rich or have some sponsor or young driver program behind you to pay the expenses.

Here is a summary of the approximate costs to get to F1:

The price varies greatly depending on how many years you are competing and in which teams, but we could estimate the total cost at about $7,000,000.

In the highest categories, such as F3, Formula Renault, or F2, the teams pay most of the expenses. Still, it is essential to be able to pay them in the lower categories, such as karting, and that is why it is of the utmost importance that a sponsor boosts your career.

The Controversy Of “Pay Drivers” in F1

We have seen that getting a sponsorship is essential and beneficial for youngsters as it has many advantages, and for some, it is crucial for their careers as it allows them to continue racing. However, not everything is positive.

And it is that in Formula 1, there have been and there are a lot of “pay drivers,” who are drivers who bring sponsorship with them to secure a seat and bring with them a lot of income, much more than the price of their salary. In other words, they are in F1 primarily for their money, not for their talent.

That’s a problem because drivers with enough talent and worthy of being in F1 often can’t get seats, while others just buy them, even if they are worse drivers.

This is a common practice in the sport, especially in teams with tighter budgets or backmarkers, as they need the money to keep competing, so they often have one pay and one salaried driver. Big teams like Ferrari, Mercedes, or Red Bull do not need to hire a pay driver, as they have big budgets and do not mind spending money on drivers.

Many people claim that this practice has become more widespread in recent years and that there are now more pay drivers than ever, although the truth is that there always have been. Without going any further, F1 was conceived as a sport of wealthy people who raced for fun and paid to race.

Lance Stroll has been one of the most controversial cases in recent years. He came to F1 in 2017 as a pay driver, as his father, Lawrence, is a billionaire businessman. Lawrence bought the team Force India in 2019, renowned as Racing Point and later as Aston Martin, leaving a seat for his son, for which he was heavily criticized as that seat was not based on talent but because he was the son of the team owner.

Are All The “Pay Drivers” In F1 Untalented?

Not everything is black and white. A pay driver does not mean that he does not have talent, but that, on many occasions, in addition to having it, he brings sponsors with him, so it is a double benefit for the team.

Sergio Perez is currently a very experienced driver and is considered by many fans to be one of the best on the grid. Still, he started in F1 as a pay driver, having joined Sauber in 2011 with significant financial backing from his home country Mexico. Even today, he brings a lot of money in terms of sponsors with the Mexican telecommunications companies Telmex, Telcel, and Claro. However, no one today would consider him unworthy of being in F1.

Drivers like Lewis Hamilton or Sebastian Vettel, two of the best in F1 history, would not be in F1 if they had not been sponsored by McLaren and Red Bull respectively during their childhood. They didn’t buy their seat in F1, but these great driver academies helped them.

Another very representative case is that of Fernando Alonso, who signed for Ferrari in 2010 and brought a big sponsorship deal with Spanish bank Santander. Alonso is one of the best drivers on the grid, and Ferrari would have signed him anyway, but bringing in a sponsor like that made it more of an incentive to sign him.

Even the legendary Niki Lauda, 3 times world champion, took out a bank loan to buy his seat in F1, so pay drivers are not always bad drivers, although it is true that in most cases, there are better candidates to take that seat.

Which F1 Drivers Have Personal Sponsors?

Virtually every F1 driver brings more than just their skills to the team, as they have had to find funding to make their way through the ranks of F1. However, some of them have big sponsorships and can buy a seat with them, while others have smaller sponsorships and are hired mainly for their talent.

Here are the main sponsors of some F1 drivers:

He is also sponsored by GoPro and has posted several videos of himself biking, driving, and trekking with these cameras. He also belonged to the Red Bull young driver academy during his early years, like many other drivers such as Sainz, Vettel, or Verstappen.

Sponsors are vital in F1 and motorsports as they allow talented young drivers who do not come from wealthy families to have financial support to continue racing.

However, it is indeed a double-edged sword, since, at the same time that it helps some talented drivers to continue with their sports career, it leaves many others out, as there are drivers who can buy their seats with sponsors.

Louis Pretoriushttps://onestopracing.com
Previous article
Do F1 Teams Make Their Own Cars?
Next article
Why Are There No Female Drivers In F1?