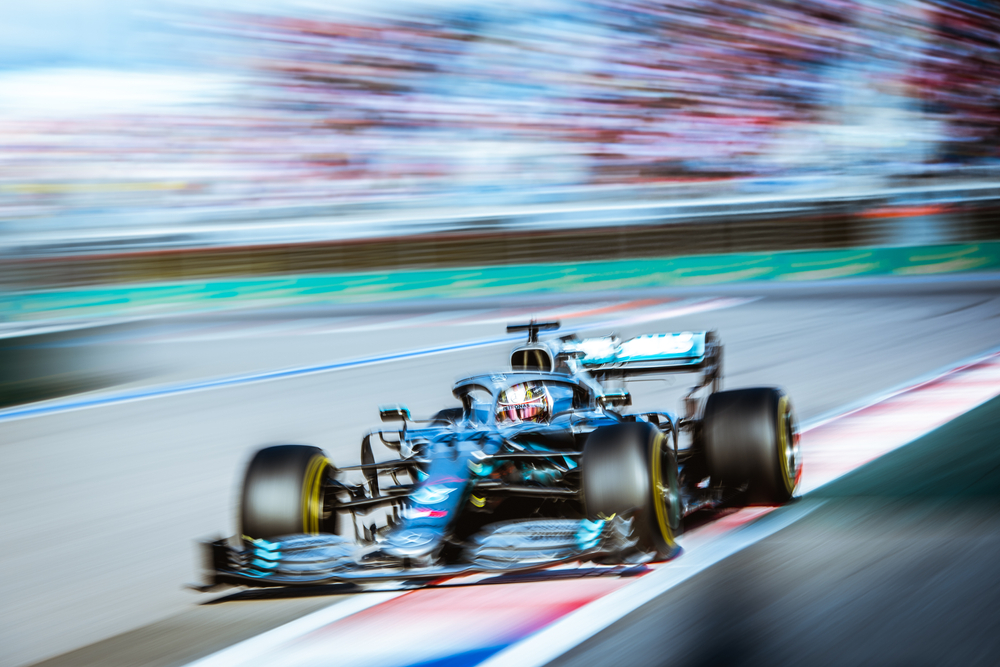 Have you ever watched an F1 qualifying or practice session and heard the commentators talking about a driver setting a purple sector? It turns out it is a vital part of F1 lingo and plays a crucial role in improving our viewing experience. So, what does a purple sector mean in F1?

A purple sector in F1 means that a driver has set the fastest sector time during that practice or qualifying session. F1 tracks are divided into three sectors, each representing about a third of the track, so if a driver is the fastest through a particular sector, they will “set” a purple sector.

While purple sectors are the ultimate goal for drivers during a qualifying lap, purple isn’t the only color used to describe sector performance. We’ll look at the colors used and why and how F1 tracks are divided into three sectors.

Formula 1 tracks are divided into three different sectors. Sector one starts at the starting line, sector two is in the middle and sector three ends at the finish line. The track is divided like this to help fans, and teams better understand lap performance and see where drivers lose or gain time. The track is divided into thirds, but there is no precise distance for each sector, as all circuits are of different lengths.

Generally, when talking about sector time in F1, it is in the context of qualifying, as pure speed is most important during qualifying sessions. This is because drivers only have around two to three laps per qualifying round to set their best time, so they don’t have much chance to consistently chip away the laps as they can in races.

The different sectors and colors used help viewers see how a specific driver is performing on that lap and what their sector times are like compared to other drivers. Of course, it is also used in practice sessions, but it is particularly handy to utilize during qualifying.

Other colors are used to indicate sector times during qualifying and practice sessions. So, continue reading to see what these colors are in the next section.

What Colours Are Used For Sector Times In F1?

Purple isn’t the only color used to show viewers how a driver’s speed during a particular sector. Both green and yellow are used to show how fast a driver is through a specific sector compared to themselves and the other drivers.

Setting a green sector indicates that a driver has improved on their sector time set during their best lap in that session. However, it only means they are faster than they were previously and not quicker than everyone else in that sector.

Setting a yellow sector means that a driver has set a slower sector time than they did during their current best lap. It does not mean that they have set the slowest sector time of anyone during the session, but rather that they have been unable to improve on their previous best effort.

To be in pole position for the race, a driver usually has to set at least one purple sector time during their best qualifying lap to be in with a chance to start at the front. A lap with three purple sectors means that a driver has been fastest in all the different sectors compared to the other drivers.

Why Are There Different Sectors On F1 Tracks:

As stated earlier, there is no precise measurement to determine the distance of a sector on an F1 track. However, each sector is around a third of the total length of the track. Generally, each sector has its own characteristics. For example, at Silverstone, which hosts the British Grand Prix, sector one contains a high-speed corner with some slower-speed corners with a heavy braking zone, and sector two includes a straight and high-speed corners. Hence, engine power is vital, and sector three is a mix of intense speed and heavy braking.

Generally, different teams excel in different sectors due to their car setup. So, in 2022, Red Bull has the fastest car in a straight line, so their car is much quicker than everyone else’s on the straights. In comparison, Ferrari has a performance advantage regarding slower speed corners. Therefore, Red Bull is expected to dominate and set the fastest sector times in sectors with more straight lines where raw speed is required. The Ferrari drivers will generally set better sector times in sectors with slower speed corners than others.

F1 tracks are divided into sectors to help create a more positive viewing experience for fans and make it easier for teams to track lap performance. It improves the viewing experience as fans can see where drivers are fastest during a lap and their performance compared to their previous laps and other drivers. It also enables drivers to monitor their speed and to understand where they need to improve to achieve the best possible results.

What Indicates The Fastest Lap In F1?

In F1, purple translates to being the fastest driver on the track. In qualifying and practice sessions, it is used to indicate the best sector time in that session. During the race, it is used to show who has set the fastest lap in that race. If a driver sets the fastest lap, you’ll see a little white stopwatch on a purple background appear next to their name on the position chart.

There will also usually be another banner graphic that pops up on the screen telling you that they have set the fastest lap time and informing you of their lap time. This will also utilize white text on a purple background.

So, remember, if you see anything purple next to your favorite driver during qualifying or a race, you’ve got a reason to get excited!

A purple sector in F1 means that that driver has set the fastest sector time during that session. F1 tracks are divided into three sectors, which equate to roughly about a third of the total distance of the circuit. Depending on how fast a driver is in these different sectors, a different color will be used to indicate their performance on the banner graphic we see on tv. Purple means nobody was faster than them, green means they improved on their previous quickest sector time, and yellow means they were slower than their current best effort.