What Engine Does Haas Use In F1? 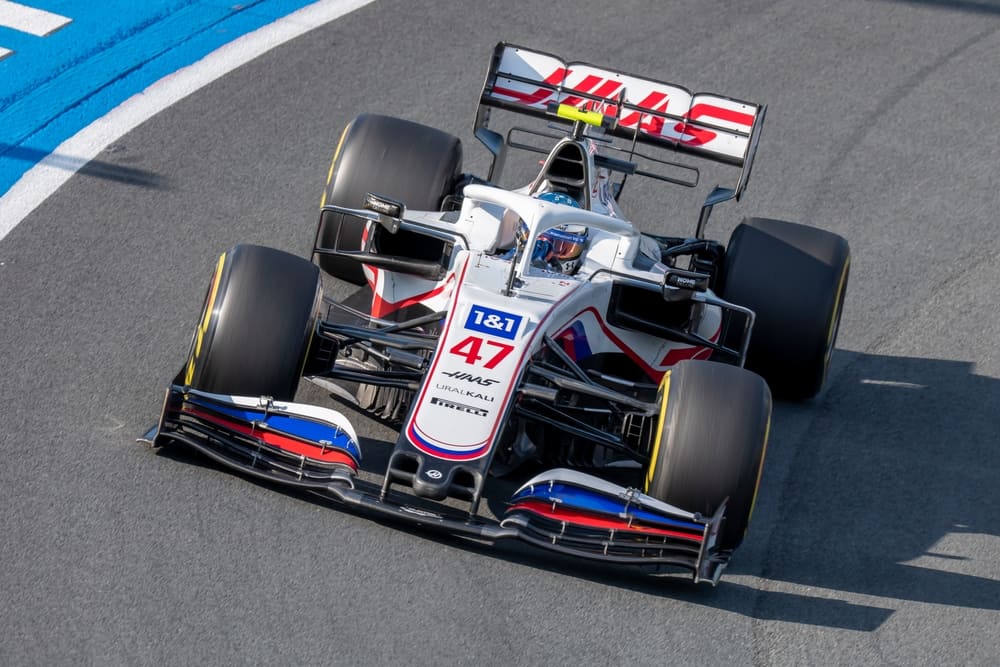 New fans of Formula One may be surprised to hear that Formula One teams do not have to produce all parts of a vehicle themselves. In fact, to compete in Formula One, teams only need to build their chassis and can use external engine suppliers for their power units. So what engine does Haas use in Formula One?

As a relatively new team to Formula One, Haas has had a long-standing relationship with Ferrari regarding driver contracts and engine supply. Therefore, Haas has been using Ferrari units since their entry in 2016 and has continued to use Ferrari power units in their 2022 season.

Although most of the best teams in Formula One, such as Mercedes and Ferrari, have used their custom-made engines in their chassis, Haas has opted to use Ferrari as their engine supplier throughout their time in Formula One.

Why Doesn’t Haas Make Their Own Engine?

Haas is not focused on car development; instead, its main area of focus is machine tools. Consequently, and similar to other non-car companies such as Red Bull and Alpha Tauri, Haas partnered with an external engine supplier to save cost and secure third-party expertise.

The main feature differentiating constructors from other entities in F1 is that constructors need to invest their own money, resources, technology, and engineering prowess into constructing their chassis.

In simple terms, an F1 chassis is the car that a constructor will enter into a season for their drivers to race in, subject to race restrictions implemented by the FIA (such as a budget cap or the weight of the chassis.)

Therefore constructors can allocate resources to supply their chassis with their own custom-built engines, although the majority of teams, such as Haas, choose to get their power units from certified engine suppliers.

What Is The History Of Haas Formula One Engines?

Haas entered Formula One using Ferrari as their engine supplier. At the time of writing, Haas is using a Ferrari engine, and it is believed that their contract with Ferrari as engine suppliers will continue in the foreseeable future:

What Power Unit Is Haas Using For The 2022 Season?

Haas is in its seventh season with Ferrari engines since their introduction in 2016. The supplier contract between Haas and Ferrari is expected to last as long as Haas remains in Formula One.

The Ferrari 066/7 1.6 V6, t. power unit has produced positive results for Haas for the 2022 season at the time of writing (compared to Haas’ previous seasons in Formula One):

Therefore, although it is still early in the season, Haas’s points total is 15 points from 4 races. At 15 points, this puts Haas in 8th place and already on more points than their 2020 and 2021 seasons (3 points and 0 points, respectfully.)

Why Is Ferrari’s 2022 Engine Performing Well?

Although Ferrari has struggled to emulate past performances in recent years, the current 2022 season is showing promise. Furthermore, various teams in the 2022 season using the Ferrari engine are showing strong performances as of the time of writing:

Although there have only been a few races during the 2022 season, the quickest car from the non-factory teams is the Alfa Romeo (running a Ferrari engine) at just under 1 second off Red Bull/Ferrari pace.

Taking this as the non-factory ‘pole,’ the McLaren is 0.45 seconds slower than the Alfa, the Aston Martin 1.12 seconds slower, and the Williams 1.2 seconds adrift (all of which are running Mercedes’ engines.)

Therefore, this data and correlation suggest that the common fault among all these teams is the Mercedes power unit, rather than all teams being victims of poor driving or chassis development.

Note: While Redbull is well placed at 2nd with their own powertrain, AlphaTauri and Alpine are off the pace of the Alfa Romeo and just ahead of Haas.

The Switch To E10 Fuels

E10 fuels require new Formula One engines to use 10% ethanol content when racing. Therefore, the shift to ethanol may suggest a chemical change that Ferrari has capitalized on to vastly improve the performance of their powertrains relative to Mercedes and Redbull, which have been outperforming Ferrari in recent years.

Will Haas Continue To Use Ferrari Engines?

As mentioned above, Haas is expected to remain with Ferrari as an engine supplier for the foreseeable future. Therefore, Haas could be well-positioned to improve its standing and other constructors that have signed long-term engine supplier contracts with Ferrari.

Formula One is entering an era of engine freeze that will last until 2026. This means that, until the freeze is over, no team can make changes to their power units. All four engine suppliers in Formula One right now have to stop the development of their engines.

No one will be happier with this arrangement that Haas’ team principal, who expressed his excitement in his typical, exaggerated fashion:

“I think the Ferrari engine is now the best engine. I honestly think that… because they were in the same position as us. They had to take a lot of s**t from people about it. [They] did their homework and came back with something very good.”

In conclusion, while credit must be given to Haas and the strides they have made in recent years with regard to chassis and driver development, there is ample evidence to suggest that their long-standing engine contract with Ferrari is starting to show positive results!

Here’s hoping it will continue to do so for the plucky American team in the future!

Louis Pretoriushttps://onestopracing.com
Previous articleCan You Take Food And Drink Into Silverstone F1?
Next articleWhat Engine Does McLaren Use In F1?