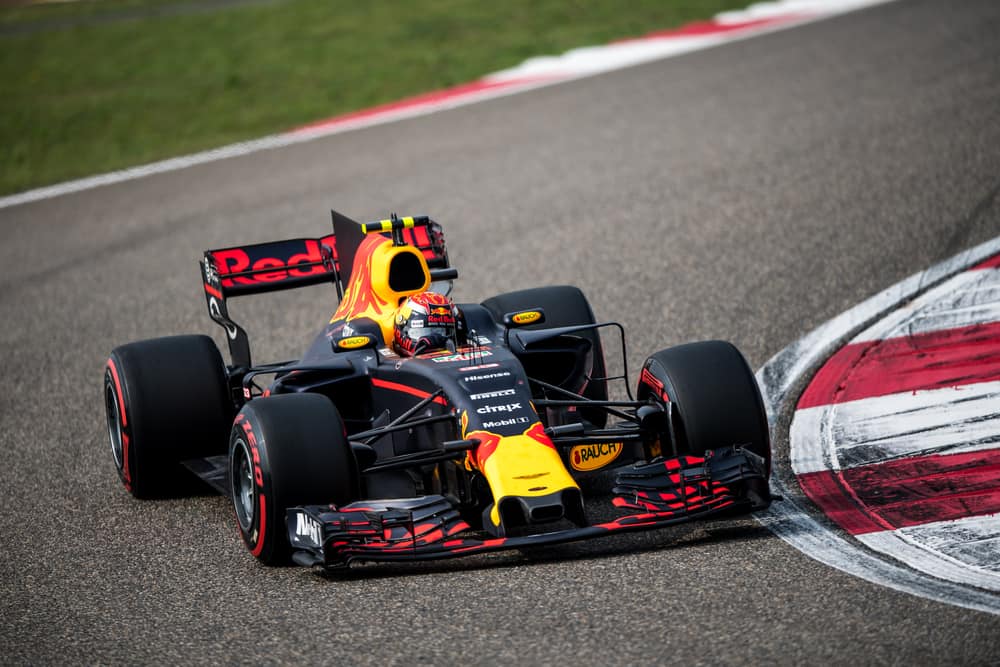 Red Bull had been set to manufacture their own engines after their engine supplier, Honda, opted to withdraw from F1 at the end of 2021. Red Bull would take over the engine Honda planned to supply them from the 2022 season. However, Honda recently announced a dramatic U-turn, and they are set to return to the sport. So, what engine will Red Bull F1 use in 2022?

Red Bull F1 will use Honda engines in 2022. This was meant to be the last engine supplied by Honda, but Honda recently announced they’ll return to F1. They have now decided to provide engines to Red Bull (and AlphaTauri) until the end of the 2025 F1 season.

Things have all been moving rather quickly in recent weeks. Red Bull looked set to take over the manufacturing of their engines from Honda after the 2022 season and had even established a new company called Red Bull Powertrains to make their engines. However, with Honda’s recent decision to stick with Red Bull until the end of 2025, things look slightly different now.

If this all sounds a little complicated, don’t worry, because we’ll explain what was initially meant to happen, why Honda withdrew, why they returned, and what will happen with Honda and Red Bull Powertrains in the coming years.

Red Bull F1 team (and AlphaTauri) will use Honda engines in 2022. Honda started their relationship with Red Bull when it started supplying engines to Red Bull’s sister team, Torro Rosso (now AlphaTauri), in 2018.

Red Bull Racing then linked up with Honda a year later in 2019. They tasted their first real success with the Japanese manufacturer in 2021 as they powered Max Verstappen to his first World Championship.

Beyond 2022, Red Bull will continue to be supplied engines by Honda. The engines and all other related components will be manufactured in Japan, and Honda will hold the intellectual property rights. Red Bull will simply tweak and calibrate the engines but will not be responsible for anything related to the manufacturing of the engines.

Honda will manufacture the engines until the end of the 2025 season. From 2026 and beyond, when a new engine will be introduced into the sport, Red Bull will be responsible for manufacturing their own engines.

This has come after a dramatic U-turn by Honda, who had initially planned to withdraw from Formula at the end of the 2021 season. Make you read on because we’ll discuss this in further detail in the next section.

Why Has Honda Come Back To F1?

The idea was that Honda would withdraw from Formula 1 after supplying Red Bull with their 2022 engine. They had decided to leave the sport for economic and environmental reasons. Honda wanted to focus their energy on developing electric vehicles and becoming a sustainable manufacturer of road cars in the future.

Red Bull opted not to become a customer team, as they did not want to have their engines supplied by another team already on the grid. They felt like they were too good and wanted to compete for titles. Having to rely on another manufacturer already in the sport (Renault, Ferrari, or Mercedes) wasn’t going to be the ideal option for them going forward.

As a result, they decided that once Honda supplied them with their 2022 engine, they would manufacture their own engines, using Honda parts. To do this, they established Red Bull Powertrains, which would be responsible for everything related to engine manufacturing and would work out of Red Bull’s existing Milton Keynes campus. Honda had agreed to support them, and the head of Honda’s F1 division even joined Red Bull Powertrains at the start of 2022.

It is important to note that Red Bull only agreed to build their own engines because an engine freeze would be implemented in F1 from 2022. So once the 2022 engines are built, teams cannot upgrade or alter them. This would be much cheaper and easier for Red Bull as they would not be responsible for designing and manufacturing completely new engines.

However, at the end of January 2022, Red Bull announced that Honda had decided not to withdraw from Formula 1. As a result, Red Bull will not touch the engines until the end of 2025, as Honda will be solely responsible for manufacturing them.

It is not entirely clear why Honda has made this U-turn, but it is likely thanks to engine freeze. It will not be that expensive for Honda to continue to manufacture the engines, as they won’t have to upgrade or design new components in the future. Helmut Marko, Red Bull Motorsport Advisor, also said that Honda would be able to use the knowledge they’ve learned building the battery systems in the hybrid engines of F1 cars to manufacture electric road vehicles.

What Will Happen To Red Bull Powertrains?

Red Bull Powertrains (RBP) was initially set up to manufacture and maintain the engines for Red Bull and AlphaTauri from the 2022 Formula 1 season. Several Red Bull employees made the switch to RBP for the 2022 season.

This was beneficial for Red Bull, as it allowed them to retain many employees that they would’ve had to previously let go to come in under budget following the newly implemented cost-cap in F1. They also hired some new faces, including Mercedes’ head of mechanical engineering, Ben Hodgkinson, who will start working with his new employers at the end of May this year.

RBP also signed a consultancy contract with Masashi Yamamoto, who used to be the head of Honda’s Formula 1 division. Yamamoto left Honda at the end of 2021 to start his own consultancy company. He will now work as an intermediary between Red Bull Powertrains and Honda, as RBP aims to become fully operational by the 2026 season, where they’ll start to build their own engines. There have been rumors that Red Bull may link up with Volkswagen from 2026, but there has been no official confirmation, and it’ll likely remain that way for the next while.

Red Bull F1 will use Honda engines in 2022. Honda will continue to supply them with engines until the end of the 2025 season. By 2026, the newly established Red Bull Powertrains will take over manufacturing the engines for Red Bull and Scuderia AlphaTauri from Honda. This comes after a recent announcement by Helmut Marko, an advisor to Red Bull, confirming that Honda would no longer leave the sport and will continue to supply Red Bull with engines until the end of 2025.

Louis Pretoriushttps://onestopracing.com
Previous article
What Is Changing in F1 In 2022?
Next article
Is The 2022 F1 Car Bigger?