What Engines Does MotoGP Use? 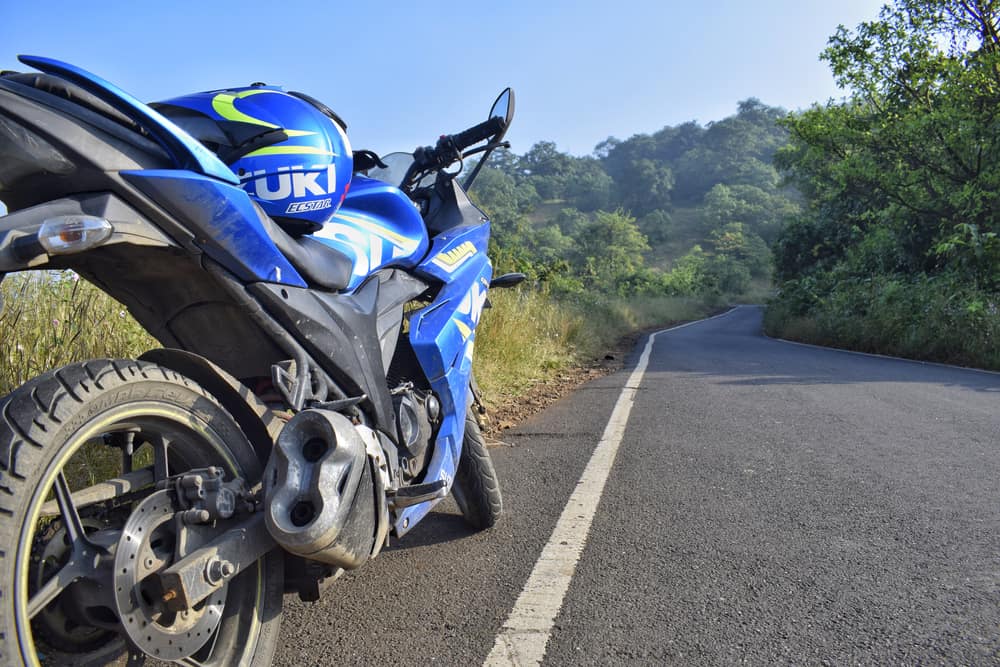 The 2022 MotoGP season is well underway, with teams and riders competing in four classes. The bikes race at lightning-fast speeds around the track and lie low through the bends. You can see the bikes were built for speed but might wonder what engines these bikes use to perform this way.

Bikes participating in the MotoGP are fitted with prototype engines with a maximum capacity of 1000cc and four cylinders, providing approximately 240 horsepower. The cylinder configuration differs from team to team and is determined by the manufacturer or constructor.

The MotoGP is contested in four classes, Moto E, Moto 3, Moto 2, and MotoGP. Each of these classes has specific rules and technical specifications applicable to that class, which includes the engine size and performance. Each team is also linked to a specific manufacturer known as a constructor. Constructors design and manufacture the bikes and engines used in the MotoGP.

What Engines Are Used In MotoGP?

Each constructor has a development team that develops the bikes and engines that will be used by the team(s) linked to that constructor in the next MotoGP season. The engines are prototypes that are not available on the market. From time to time, manufacturers could use a good MotoGP engine in production bikes at a later stage.

In the Moto 3 class, all bikes are powered by a 4-stroke engine with a maximum capacity of 250cc. The engine generates approximately 60 horsepower with a maximum speed of just over 90 miles per hour. The maximum diameter of the single cylinder in a Moto 3 engine is 3.2 inches, with engine revolutions limited to 14,000 revolutions per minute.

Moto 2 bikes are fitted with a 4-stroke 765cc engine with three cylinders. All Moto 2 engines are manufactured by Triumph and deliver approximately 140 horsepower with a maximum speed of around 180 miles per hour. The fact that identical engines are used in Moto 2 makes this class much more competitive.

MotoGP bikes also use 4-stroke engines with a maximum displacement of 1000cc. The maximum cylinder diameter for a MotoGP engine is 3.2 inches. MotoGP engines provide approximately 240 horsepower with a maximum speed of just over 210 miles per hour. Six constructors provide engines to all the teams participating in the MotoGP.

Who Manufactures The Engines Used In MotoGP?

In the top class of MotoGP, six constructors develop and provide engines for all the teams participating in MotoGP. Each constructor owns a team called their factory team, and most then provide engines and bikes to one or more satellite teams, teams that are managed independently from the factory team but use their bikes and engines.

The following constructors participate in MotoGP 2022:

The governing body of MotoGP, the Fédération Internationale de Motocyclisme or FIM, suggests that constructors supply the latest technology to their factory and all satellite teams to make the sport more competitive. However, some constructors still provide their satellite teams with the previous season’s bikes and engines, thus ensuring superior technology for their factory team.

What Engine Configurations Are Used In MotoGP?

The rules of MotoGP might lay down certain limitations in terms of the engine size and power to make the sport more competitive, but they do not place any limitations on the engine configurations. Teams may choose to use an engine with either a straight four or a V-four cylinder configuration.

How Many Engines May A MotoGP Team Use?

Each MotoGP constructor has a team of technicians working to improve the bikes and the engine for the next season. Before the season starts, each team must pick an engine specification they will use for the whole season. Factory teams must use that exact specification for all their riders, but if a factory team supplies to a satellite team, they may supply a different engine to that team.

As determined by the FIM, the regulations of MotoGP allow each MotoGP rider a total of seven engines for the entire season. These engines are all identical in their specifications. During the season, the FIM will keep careful track of every engine each team uses to ensure that no more than the allotted seven engines are used.

The FIM grants concessions to continually underperforming teams, giving such teams a slight edge and helping them to improve performance. These concessions include an increase in engine allocation from seven to nine engines per rider. Concession teams also don’t have to finalize the engine specifications before the start of the season like the other teams.

The FIM determines the exact requirements that a MotoGP engine must adhere to. In the MotoGP class, motorcycles are fitted with four-stroke engines with a maximum capacity of 1000cc and a maximum cylinder diameter of 3.2 inches. The constructors may use either a straight four or V-four cylinder configuration, but most prefer the V-four configuration, as it provides more power.

Louis Pretoriushttps://onestopracing.com
Previous article
What Brands Do MotoGP Riders Wear?
Next article
Why Is Ducati So Fast In MotoGP?