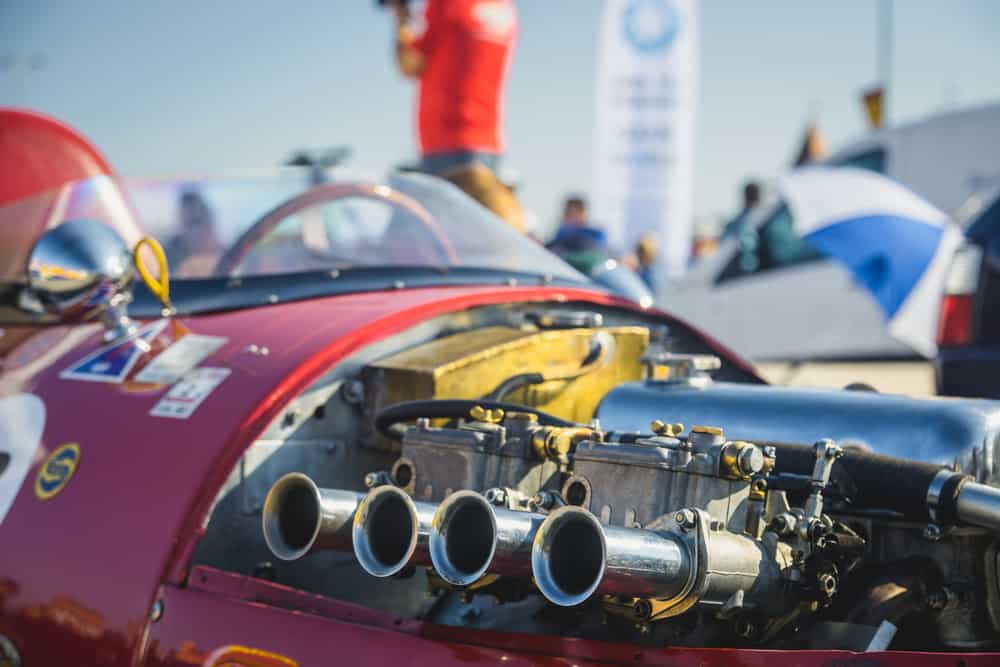 Formula 1 can be very confusing, with its many complex rules, regulations, and penalties, sometimes causing alterations to race and qualifying results due to off-track decisions. One of the most common penalties is the engine penalty, but what does it mean?

Since 2014, F1 drivers have been limited to using no more than three engines per season, so if they exceed that number, they are subject to penalties related to their starting grid position at the next Grand Prix. These penalties can be 5 or 10 grid places.

Over the last few years, all engine suppliers have suffered penalties for exceeding this limit, as Formula 1 cars always go to the limit, wearing out their components very fast. It has been a very controversial rule, so let’s explore this topic to understand it fully.

How Many Engines Can F1 Drivers Use Per Season?

The rules regarding the use of engines have evolved considerably over time. Until 2004, there was no limitation of any kind, and it was common for teams to use a different engine for qualifying and the race. Starting in 2004, a limit was imposed on using a single engine during a race weekend, and beginning in 2005, each engine should last at least two race weekends.

The concept of engines per season was introduced in 2009. Each driver was allowed to use 8 engines throughout the year, which was still a comfortable number, especially for the smaller teams, as it reduced their costs considerably.

The big change came in 2014 when F1 replaced the 2.4-liter V8 engines used between 2006 and 2013 with the new 1.6-liter turbocharged V6 engines, marking a new era for the category in which the new hybrid engines opened a new window of technical and efficiency possibilities.

Since that year, the number of engines that can be used per season has been 3. Since then, Formula 1 seasons have been composed of between 19 and 22 races, meaning each engine should last at least 6 to 8 races not to exceed that limit and therefore face penalties.

What Elements Make Up A Formula 1 Power Unit?

As we have seen, F1 drivers can use up to 3 engines during a season without being penalized. When we refer to the engine, we are referring to the Internal Combustion Engine, which is the main element of any non-electric engine.

However, F1 engines are very complex pieces of engineering and made up of many elements, so we cannot simply reduce them to that. Each element that makes up the power unit has specific limits during each season. Let’s take a look.

The internal combustion engine is the mechanical heart of the power unit. It connects the chassis to the gearbox.

This is the main part of the power unit and is the classic engine that generates heat through the combustion of a combination of fuel and an oxidizer, activated by a spark plug, which through the cylinders pushes the crankshaft.

Like the internal combustion engine, its limit is set at three.

A modern F1 engine is a hybrid engine with two electric machines recovering and delivering energy. The MGU-H is an energy recovery system connected to the engine’s turbocharger and converts the thermal energy of the exhaust gases into electrical energy. Three MGU-Hs are allowed per season.

Therefore, both motor generator units convert their respective energy sources into electrical energy, which can then be used to propel the car. As with the MGU-H, three MGU-Ks can be used per season before receiving a penalty.

The energy store is a large lithium-ion battery pack where all the electrical energy is stored. It supplies both the MGU-K and the MGU-H. Two energy stores are allowed per season.

The function of the Control Electronics is to control the three-phase power of the Motor Generator Units (both MGU-H and MGU-K) and the battery power. As with the energy stores, they are limited to two.

Lately, the engine exhaust system has been considered part of the power unit and has a limit of eight units per season before facing penalties.

The exhaust gases vibrate at a certain frequency, depending on the engine’s speed. As the valves open and close, they generate a pulsating column of exhaust, with regular peaks and troughs of pressure.

The above table shows each driver’s power unit component usage in 2021.

As we can see, most drivers exceeded the component limit several times. Only four drivers, those of Alfa Romeo and Haas, were the only ones who stayed within the established number of units

It should be noted that both Alfa Romeo and Haas use the Ferrari engine, which, together with Mercedes, is the most reliable engine. On the other hand, the power unit with the least reliability is the Renault engine, used only by the Alpine team since both Fernando Alonso and Esteban Ocon exceeded the limit of units in each of the components.

With this data, we can see that the teams struggle to comply with the number of units limit. However, it is not impossible to achieve, as Alfa Romeo and Haas have shown. Every year, engines become more efficient, so it is expected that fewer and fewer elements will be used per season or that the FIA will decide to reduce the limit even further.

As we have commented on numerous occasions throughout this article, if drivers exceed the number established for each power unit element, penalties will be applied, but what do they consist of?

The penalties that apply when engine elements are changed are related to the starting grid position of the following Grand Prix. According to the Formula 1 Sporting Regulations 2022, the first time an additional element is used, a ten-place grid penalty will be applied, while the following times an additional element is used, it will be a five-place grid penalty.

This means that if, for example, a driver changes the MGU-H before a race weekend for the first time, 10 positions will be added to his starting position on Saturday. If he qualifies third, then on Sunday, he will start from the thirteenth place.

It may also be the case that a driver changes several elements simultaneously, thus accumulating many grid places. In these cases, if a driver incurs a penalty exceeding fifteen grid places, he will be required to start the race from the back of the starting grid. Occasionally, a driver has changed numerous elements, incurring penalties of 30 or 40 grid places.

Why Are F1 Teams Limited To 3 Engines?

Formula 1 imposes a limit of 3 engines per season for two reasons. The first is to reduce the overall costs of the sport to accommodate smaller teams. This is closely linked to the budget cap teams have not been allowed to exceed for years.

With these measures, the FIA seeks to equalize the expenses and budgets of all teams so that smaller teams with smaller budgets, such as Haas or Williams, can face the competition without going bankrupt and thus be more equal with the big teams like Ferrari or Red Bull, which, if the budget cap did not exist, their budget would be almost unlimited.

The other reason for introducing the engine limit is to increase durability. For many years Formula 1 has wanted to leave behind the image of waste and excess and replace it with a more renewed, sustainable, and responsible image, committing to the environment through more efficient and durable materials as far as possible.

Formula 1 wants to achieve more for less. The competition seeks to be an example and influence for the present and future road cars and contribute to the development of their technology. In the past, it was all about unlimited use of the most powerful materials. In the future, on the other hand, the key will be to get the most out of as little as possible.

What Do F1 Teams Think About The Engine Limit Per Season?

The engine limit has raised praise but also criticism. Big teams such as Ferrari or Red Bull do not mind spending a lot of resources, as they have huge budgets, so they would have no problem using a lot more engines throughout the season.

Christian Horner, Red Bull’s team principal, has stated that the limit of 3 engines per season seems too little, as it has been shown that most drivers have exceeded the limit in several engine elements throughout the year. Horner believes that a more logical figure would be 5 or 6 engines per season, something that would be more comfortable and that they would be able to meet.

On the other hand, there are the smaller teams with fewer resources, such as Williams, Haas, or Alfa Romeo, which benefit from the engine limit, as it is a way to match the big teams. If there were no engine limit, these teams would not use as many engines as Mercedes, Red Bull, or Ferrari, so that they would be at a clear disadvantage.

Be that as it may, the engine limit is here to stay, so all teams must adapt and economize their resources regardless of their budget and whether they like it or not.

Engine penalties are those related to changes in power unit elements. Currently, there is a limit of three engines per season (although there are certain elements with different limits), so if any driver exceeds that limit, he will receive a ten-place grid penalty the first time and a five-place grid penalty the following times.

This limit is related to the FIA’s objective to reduce the overall costs of the sport and thus equalize the teams as much as possible and offer a more sustainable and efficient sport.