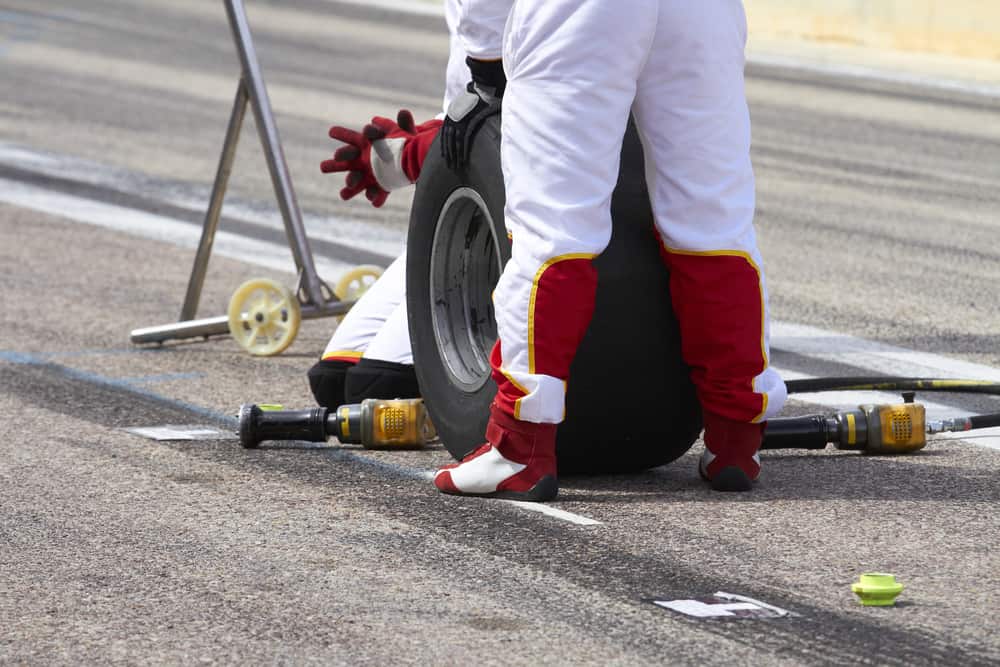 Formula 1 is all about which race car is the fastest and which driver can produce the quickest lap times. The rules in F1 can be complicated to understand, but the one rule that is least understood is the 107% Rule. So, what is the 107% Rule in F1?

Any F1 driver who fails to set a lap within 107 percent of the fastest first qualifying session (Q1) time will not be allowed to partake in the race. Under certain circumstances or track conditions, the race Stewards may allow the car to start the race.

Read on to discover why the 107% rule was implemented and which drivers have not managed to qualify with the time since 2011.

During the first qualifying session (Q1), any driver who does not post a time within 107% of the fastest time will not be able to start the race. This rule is exempt in the event of a wet or unsafe track.

The race Stewards have the final say and may grant permission to a driver to start even when the rule is broken. This could be due to the F1 car having mechanical issues that can be rectified before the end of qualifying. The 107% rule is still in place for the 2022 race season.

The Introduction Of The 107% Rule

The F1 governing body, Fédération Internationale de l’Automobile (FIA), introduced the 107% rule at the first race of the 1996 Formula 1 season. The rule was disputed by the smaller team in F1, such as Forti, Simtek, and Pacific, as they were much slower in comparison to the top teams, Ferrari and Williams.

The qualifying session was different in 1996 compared to what it is now. Drivers completed a maximum of 12 laps during a 1-hour long session, and the fastest time would determine their starting order.

The FIA President at the time, Max Mosley, said, “any small team that is properly organized can qualify within the 107 percent margin”. Bernie Ecclestone agreed to this and backed Max Mosely up by saying, “Formula 1 is the best. We don’t need anything in it that isn’t the best.”

The First race of 1996 saw the 107% rule broken, as both Forti drivers could not set a time within 107% of the leader’s time. This was the reason for implementing the rule. Many faster drivers were concerned that the slower drivers posed a danger on the track.

The qualifying format was changed for the 2003 race season. The drives were to qualify in two separate single-lap shootouts. The shootout order was determined by their position in the championship standings. The 107% rule would be nearly impossible to impose with this format and was eventually scrapped.

The F1 qualifying changed to the current format (2022) in 2010. The qualifying session lasts 1 hour and is split into 3 elimination rounds. A set number of the slowest drivers are eliminated after each round and can not continue to the next session or improve their lap times.

The New FIA President, Jean Todt, favored reintroducing the 107% rule. The cars would be qualifying on very low fuel levels, making the lap time quicker. The rule was reinstated but would only apply to the first qualifying session.

The 107% rule is still being enforced in the 2022 season. The introduction of a strict cost cap per team, and the limited engine suppliers in F1, made cars more evenly matched than ever before. The result is that most teams can qualify with the 107% rule. Only one driver did not manage to qualify within the 107% during the 2021 season, but he was allowed to compete in the race.

F1 Drivers That Did Not Qualify Under The 107% Rule

The drivers in the table below did not qualify within the 107% on the fastest lap time set in the first qualifying session. Not all the drivers were disqualified as the race Stewards gave them permission to participate in the race.

The 107% rule was set in place to eliminate the slowest drivers on the grid. The rule was introduced in the 1996 race season and was not received well by the smaller, slower teams. The rule was implemented till the end of the 2002 F1 season. In 2003 the qualifying format changed, and the rule was removed.

The 107% rule was reintroduced in 2011 as the new qualifying format supported it. The rule is only applied for the first of the qualifying sessions. With the new regulations in F1 creating more evenly matched cars, qualifying within the rule is done with ease.

Louis Pretoriushttps://onestopracing.com
Previous articleWhat Happens If You Don’t Qualify In F1?
Next articleWorst Formula 1 Race Ever