What Makes MotoGP Bikes So Fast? 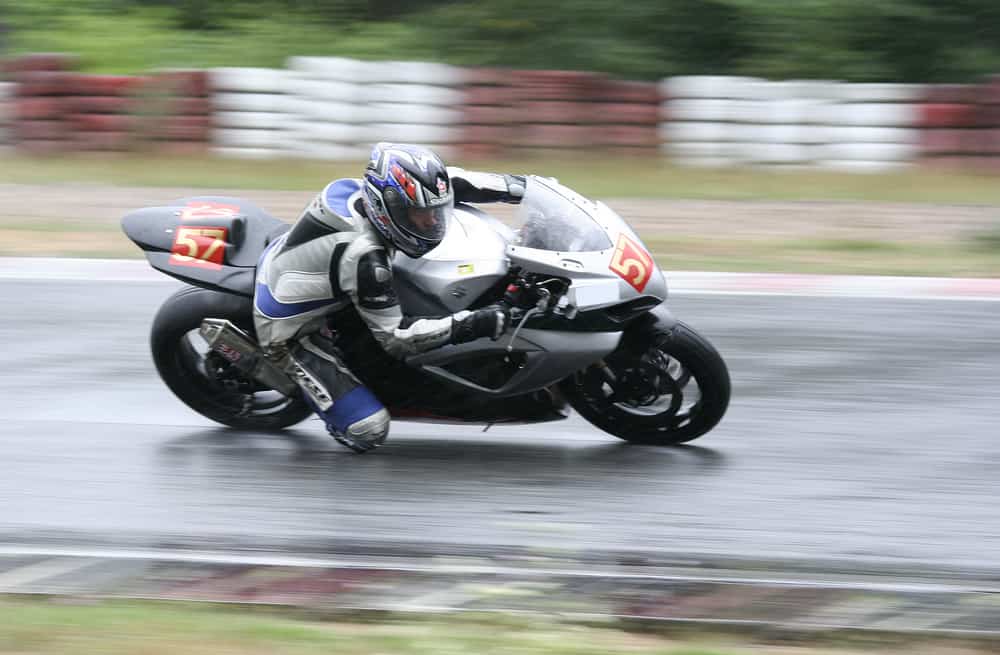 Have you watched a MotoGP race and wondered what makes MotoGP bikes so incredibly fast? As they race, MotoGP riders often attain a speed of more than 200mph (322km/h). The MotoGP speed record is held by Jorge Martin, who reached 225.9 mph (363.6km/h) at the Mugello track in Italy.

MotoGP bikes are so fast because they are custom bikes specially designed for racing to reach very high speeds. MotoGP bike engines are built by engineers for maximum power output. The skill of the rider, track conditions, and aerodynamics also contribute to the amazing speed MotoGP riders attain.

There are various reasons why MotoGP riders can reach top speeds equal to Formula 1 cars. Yes, it is the powerful engine of MotoGP bikes, but what in particular makes these engines so fast? And what are the other secrets behind the incredibly high speeds MotoGP riders attain?

What Makes MotoGP Engines So Fast?

MotoGP bikes are prototypes. They are not standard production models. Each MotoGP motorcycle is unique and purpose-built by a specialist team of engineers and mechanics.

The bikes are designed and built at a high cost to have maximum aerodynamic flow, retain traction on the race course at all speeds and angles, and accelerate and decelerate quickly. Most of all, the engines are built to produce extremely high energy output.

According to MotoGP rules and regulations, MotoGP bikes must have four cylinders, not weigh more than 348 lbs (158 kilograms), and may not have engines exceeding 1000 cc.

A standard production 1000cc bike engine produces about 200 hp (150 kilowatts). Engineers alter and refine the cycle’s air intake, exhaust system, carburetor, cylinder heads, pistons, cranks, and rods. There are no restrictions on the engine tuning, except that MotoGP engines may not be turbocharged.

MotoGP bike engineers don’t tell how powerful their bikes are, but it will probably be higher than 250 hp (186 kilowatts), with the refinement and tuning added by the design engineers.

Compared to production motorbikes, MotoGP racing bikes are made from lighter, hi-tech materials such as carbon fiber, titanium, and magnesium. The lighter materials used to build the bike optimize the power-to-weight ratio of the machine.

Inline engines have longer crankshafts that handle smoother around turns and corners. Watching a MotoGP race, the inline-four swoops and glides through a corner while the V4 powers past on the next straight.

A V-four engine’s crankshaft is shorter than an inline-four, so it is stiffer and more robust, resulting in more direct and forceful power output to the bike wheels. A V-four engine also has fewer losses pumping air from intake to exhaust. This results in more power retained from the engine to the wheel.

V-four engines beat inline engines when it comes to top speed. Ninety-four percent of the highest recorded speeds at MotoGP were produced by bikes with V-four engines.

Which MotoGP Track Is The Fastest?

MotoGP races can only go as fast as the track allows. The racing tracks have smooth and even surfaces to aid speed and provide a safe ride. Before a MotoGP race, every inch of the track is cleaned and cleared of debris. Track officials ensure no grit or other slippery surface areas of the track.

Tracks with long straight lines allow the rider to push the bike speed up. The Mugello track in Italy has one of the longest straights of the MotoGP championship, a run of 0.7 miles (1141 meters). The world MotoGP speed record, and most of the top ten MotoGP speed records, were set at this track.

The Role Of Rider Resilience In High-Speed Racing

Jorge Martin had one of the nastiest crashes in MotoGP history. At the Grand Prix of Portugal, the front end of his motorcycle folded on a downhill turn, and Martin catapulted into several vicious rolls. He broke eight bones, suffered multiple fractures, and underwent three surgeries. He recovered, returned to racing, and set a new MotoGP speed record.

A typical MotoGP race lasts around 45 minutes. For this time, and the many preceding qualifying races, a MotoGP rider must concentrate to the extreme. And his reflexes need to be lightning fast.

A MotoGP racer’s body posture on the bike during the race is crucial for speed. If he maintains an incorrect posture, it creates turbulence which disturbs his balance and an aerodynamic slowdown which prevents high speeds.

A MotoGP rider needs a very high fitness level to maintain posture, move around in the seat on the turns and twists, and maintain concentration throughout the race.

How Do The Aerodynamics Of A MotoGP Bike Assist Speed?

Drag elements on a motorcycle include the front wheels and fork, fairing edges, cool air from the radiator, exhausts, and the rider himself. All these areas create turbulent airflows around the cycle and the rider, potentially slowing down the bike and rider as they move through the air.

MotoGP bike designers and engineers are constantly improving the wind flow around the cycle and rider to increase overall circuit speed and top speed.

The “hump” on the rider’s back was an exciting development in rider gear. It was first used in 1988 as additional protection against falls for the rider. Riders who wore these early humps noticed less fatigue and more body stability at high speeds. Since then, the hump has been changed and designed to maximize smooth airflow over the rider’s back.

With the speed record being improved almost every few months, one can’t help wondering where it will go. Will a top speed of 250 mph (400 km/h) soon be reached? Only MotoGP fans who follow races in the future will know.

Louis Pretoriushttps://onestopracing.com
Previous article
Which Is Harder F1 Or MotoGP?
Next article
Do MotoGP Bikes Have Keys?