What Oil Do F1 Cars Use? 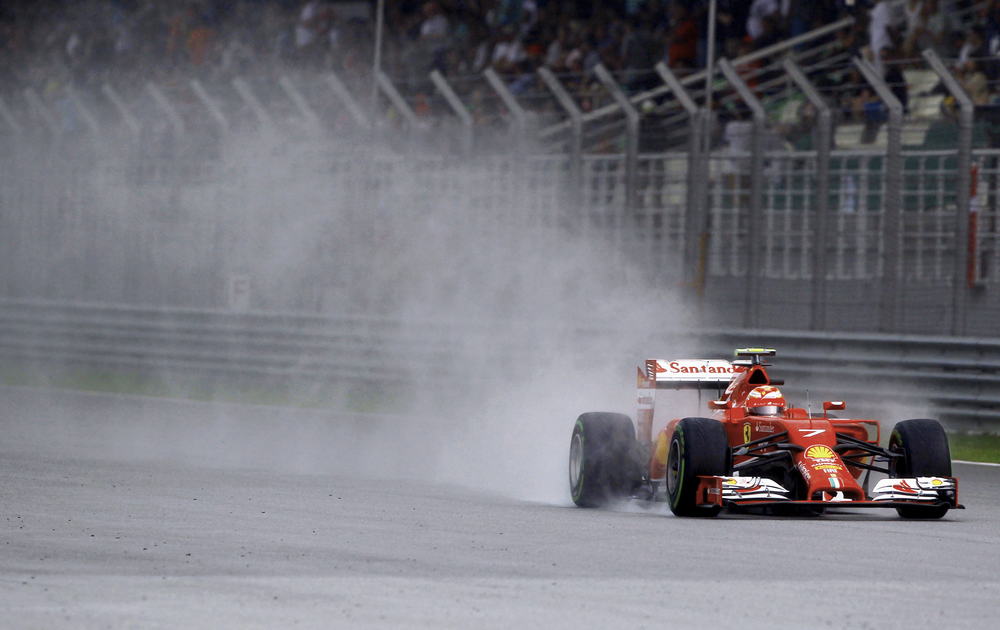 I still remember the controversy that swirled around the Mercedes and Ferrari F1 teams about oil burning to produce more engine power and dominate the sport. That led me to ponder if it was just those two teams involved and what type of oil F1 teams were using where this kind of trick could be used to increase engine power.

F1 cars use fully synthetic oil that can operate at near 300 Celcius in an F1 engine. Each team has a different lubricant partner that supplies them with various FIA legal oils at each GP weekend. At each GP, teams test different oils to find the best for conditions at that GP.

Let’s take a closer look at the different engine oils that F1 cars use and how these can be manipulated to gain a performance advantage while staying within the FIA rules.

What Oil Do F1 Cars Use?

Different F1 teams have different oil/lubricant partners, so no two F1 teams have identical oil in their cars. Each oil company will make its best quality fully synthetic base stock of high-performance racing oil available for the F1 team to use and then blend a range of oils for the team.

Each oil company has a research and development team of molecular engineers that work closely with the F1 team to constantly tweak the ratio of synthetic base stock and chemical additives to tailor the oil for optimum performance. Throughout the season, the F1 racing circuits vary in atmospheric conditions of air pressure and temperature, so it is not uncommon to have engine oil tailored for the unique conditions at each circuit.

Historically, the engine oils used in F1 cars were one of the least regulated aspects of the sport. This changed in 2018 when the FIA introduced limits on the amount of engine oil that could be burned during a race. At the same time, the FIA tightened the definition of F1 engine oil more tightly to “a substance that must be readily identifiable as a lubricant.”

What Grade Of Oil Do F1 Cars Use?

The most common base stock for F1 cars originates from a Group IV full-synthetic PAO base oil blend with a 10W-60 viscosity grade.

Because F1 engines run at 15000rpm and 300 °C, the HTHS (High Temperature/High Shear) viscosity requirement of higher than 3.7 mPas. This is higher than “normal” racing oil that has a 3.5 mPas minimum.

If the engine oil viscosity is too low, there will be insufficient protection against wear. This is critical as we are in an era where there is a limitation on the number of times each car can replace a power unit.

Low viscosity engine oil will also carbonize (burn-off) more quickly. Since the FIA has set the maximum oil consumption level of any power unit to 1.2 liters per 100km, teams can’t afford to have their engine oil burning off too quickly.

A Formula One engine spins at 15000rpm and operates at significantly higher temperatures and pressures. The engine oil they use needs to be able to cope with these conditions and give maximum protection against wear so that teams can get the maximum number of race weekends out of each power unit.

The way that teams do this is through the use of additives in their base stock of fully synthetic high-performance oil. The exact ratio of additives is a secret that each team guards closely. However, below is a table of the classes of additives each team has at its disposal explaining what each additive does.

How Much Oil Do F1 Cars Use

Formula 1 cars can burn between 3 and 5 liters of oil during a race. The FIA limits fuel flow to 100kg per hour. So any oil burned in the engine is additional fuel and therefore increases the engine’s power output.

Managing oil consumption in an F1 car is something that teams watch closely. Too much oil left at the end of the race could mean close to a kilogram of extra weight over the potentially critical final 5 laps. Too little oil could spell disaster for a power unit and not make it to the chequered flag. To finish first… first, you have to finish.

With the limit placed on the consumption rate and needing to ensure enough oil is left at the end of the GP, teams must adjust their oil viscosity from race to race. Too much viscosity equates to more weight at the start of the GP, and too little means higher consumption and potentially breaking the FIA rules on oil consumption.

F1 car engines get very hot as they scream along at 15000rpm. As any oil heats up, it will become thinner. The oil used in F1 car engines needs to be thicker so that by the time it heats up, it is still thick enough to coat all the engine parts properly.

F1 engines are dry-sump engines, so there is no sump full of oil sloshing around under the engine while the car corners at high speed. To feed oil into the engine and components, F1 cars have an external oil tank which gives the car better balance at speed.

If an F1 car has slightly thinner oil, that oil can be burned in the engine as additional fuel for greater power output. This is a useful tactic during qualifying, where a small amount of extra power can make a big difference. Teams can then switch out for a thicker oil for the race itself. The auxiliary oil tank must be empty for qualifying, but it gets filled for the race, easily allowing thicker oil to be added to the lubrication system.

What Is The F1 Engine Oil Capacity

The volume of oil held in a 1.6 liter V6 F1 engine is approximately 3 liters. This does not include the oil in the main external oil tank and the auxiliary oil tank. The FIA regulations place a 2.5 liter limit on the auxiliary oil tank, but no limit on the size of the main oil tank, meaning effective total engine oil capacity varies between the 10 competing F1 teams.

The FIA regulations have two oil capacity/volume limiting factors, these are:

There is nothing in the FIA regulations limiting the number of times a team can change the oil in an F1 car over the course of a race weekend beyond the fact that cars cannot change/top up their oil in the pits during the race.

As I mentioned earlier, each team has several different engine oils available to use each race weekend. However, each of those available oils needs prior testing and written approval from the FIA before they can be used in competition. (Section 16.10.2 of the 2022 FIA regulations).

During free practice, teams test the different engine oils under simulated race conditions to decide which engine oil each driver will be using during qualification and the race itself. Once the team has selected which oil they will be using for the race, the FIA must be informed. “Each Competitor must declare, prior to every Competition, which oil will be used in each of their engines during the Competition.” (Section 16.11.1 of the 2022 FIA regulations).

So it is likely that each run a car does during the first session of free practice and, in some cases, the second session will also be done with a different engine oil compound. That is a lot of oil changes in relatively short succession.

As you can imagine, changing engine oil so often during the practice rounds of a Grand Prix weekend is bound to have a little residue of one type of engine oil mixing with the next oil to be tested. The FIA realized this too and amended their regulations relating to the testing of engine oil by the technical inspectors after the end of each Grand Prix.

When a team submits an oil to the FIA for approval, the chemical makeup of that oil is known as the “reference engine oil” that samples drawn from each car after each race can be compared. “Samples which differ from the reference engine oil in a manner consistent with the mixing with other engine oils, which have been approved by the FIA for use by the team at a Competition, will be deemed to comply, provided that the adulterant oils are in-total present at no more than 10% in the sample.” (Section 16.11.3 of the 2022 FIA regulations).

What Oil Does Each F1 Team Use

Each team on the F1 grid has an official lubricant partner that works with engineers on the team to create a range of engine oils best suited to the characteristics of that team’s engines at different atmospheric temperatures.

Louis Pretoriushttps://onestopracing.com
Previous article
How Many MPG Does An F1 Car Get?
Next article
Are All MotoGP Bikes The Same?