Where Do Formula 1 Drivers Stay? 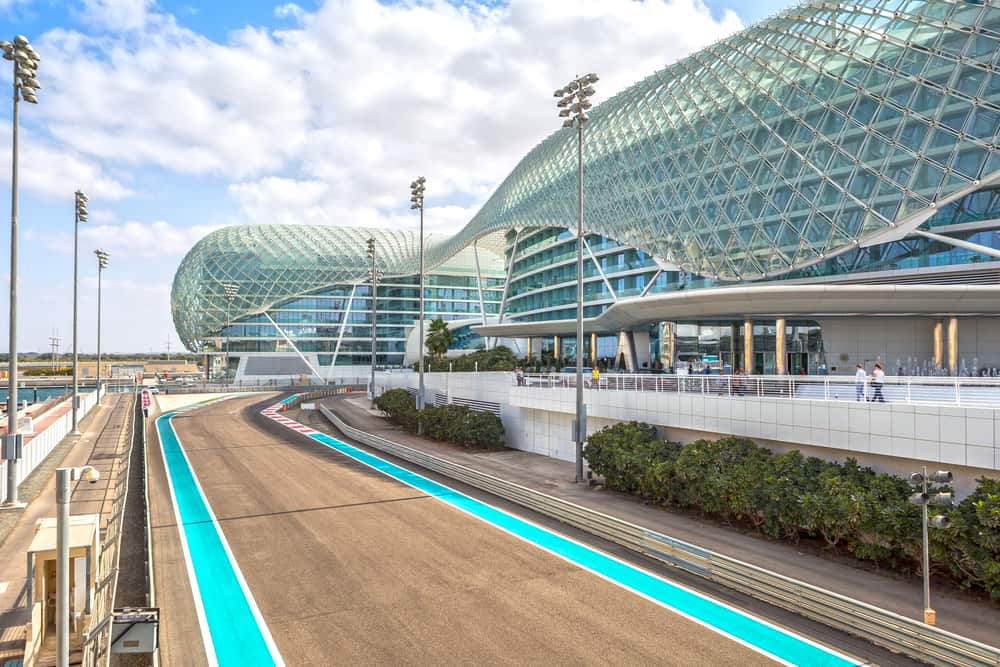 F1 drivers are always on the move. Races take place in almost every corner of the world and come thick and fast during the season. But have you ever wondered where F1 drivers stay during the race weekend? I decided to investigate where the drivers rest and recuperate every night after a busy day on and off the track.

Depending on where the race occurs, F1 drivers will either stay in a hotel or luxury motorhome. For European races, most drivers spend their nights in a motorhome with just themselves (and maybe their partners), and for non-European races, they usually sleep in fancy hotels.

This article will explore where F1 drivers stay on race weekends. It will look at they sometimes stay in motorhomes and other times stay in hotels. The article also explores what is in an F1 driver’s individual motorhome and what the team motorhomes (offices and headquarters at the racetrack) contain. So, read on to find out where Formula 1 drivers stay.

Where Do F1 Drivers Stay During The Race Weekend?

Some drivers also prefer staying in motorhomes as they have less contact with other people and fans. Obviously, there will be other people staying there who are not part of the team in a hotel, and therefore the environment may not be particularly relaxing. There will also be a lot more people around because all the team members will be there. By staying in a motorhome, drivers can remain isolated and focused on the upcoming race.

However, once the race is over, drivers generally return home to break between races, so they are not always with the team the whole year.

Do F1 Drivers Stay In Hotels?

It is called the Yas Viceroy Hotel with the most expensive room costing around $5400 per night. Although, these rooms have a view of the track and are in extremely short supply. The most expensive of the ‘normal’ rooms cost about $600 per night. You can’t get much closer to the paddock than that. Check out the view from one of the rooms below.

What Is In An F1 Driver’s Individual Motorhome?

During European race weekends, drivers generally stay in motorhomes. They are big and luxurious and contain everything that drivers need to stay comfortable. They have a small lounge and kitchen (although the drivers eat elsewhere) with nicely stocked minibars. The motorhome also has a wardrobe, bathroom with toilet, basin, shower, and a bed and television for the driver.

They also contain a space for exercise equipment like a stationary bike or weights. This space can also be used for storage. For example, Daniel Ricciardo sometimes has a dirt bike parked there during some race weekends to go for a ride to clear his head.

The motorhomes’ benefit is that they can be parked close to the track, which means drivers can get to where they need to be very quickly and easily. They don’t have to worry about traffic or other hassles like that. Furthermore, they can also be slightly personalized, making them a friendlier and more familiar space for drivers.

However, during the races in Monaco, not all drivers will stay in motorhomes. Many drivers live in Monte Carlo in Monaco and therefore prefer to remain in their homes during the race weekend.

Check out this video of Daniel Ricciardo’s motorhome during his time at Red Bull:

What Is In An F1 Team’s Motorhome?

As well as F1 drivers having their own individual motorhomes on race weekends which essentially act as their bedrooms, all teams have a team motorhome. However, it is a stretch to classify these as motorhomes, as most of them are three to four stories and function as regular buildings. However, they are portable structures and get taken to every race, so they are technically motorhomes.

Like the driver’s motorhomes, these are used during all the European races throughout the season and get transported and assembled at every track. For the non-European races, the facilities are generally provided by the track. They are usually for guests and team members, but during the 2020 season and the 2021 season, they are limited to only team members due to Covid-19.

These structures contain different areas for different people. Guests and friends of the team can eat and relax on the bottom floor. The whole structure has a kitchen with dedicated cooking and serving staff. The higher levels contain similar setups, but these are for the drivers and other senior team members.

They also have rooms for the drivers to relax and change in before and after the race. This is where they spend time in between practice sessions and in general during qualifying and the race. There are also offices for senior team members like the team principals and other members of the strategy teams and spaces for the engineers to work.

There is a communications room for the marketing team, including small studios for filming and meeting rooms for pre-race briefings and post-race debriefings. They are also where the drivers eat their food. The motorhomes contain all the team’s spaces for the race weekend and are their home and office when they’re at the track.

If you want to see what they look like, you can watch some tours of the motorhomes made by some of the teams.

Wherever an F1 driver spends the night, the one certain thing is that it will be fancy. Whether it’s a motorhome or a hotel, you know that the drivers will be living it up and will certainly not be sharing a double room with their teammates. And when teams are as wealthy as they are, this makes perfect sense, as you want drivers to get the best possible sleep they can get before a race.

Some drivers prefer motorhomes, others prefer hotels, and most of the time, they get what they want.

Louis Pretoriushttps://onestopracing.com
Previous article
This Is How F1 Cars Change Gears
Next article
Why Do Monster Trucks Diff Glow?