Which F1 Teams Are Based In The UK? 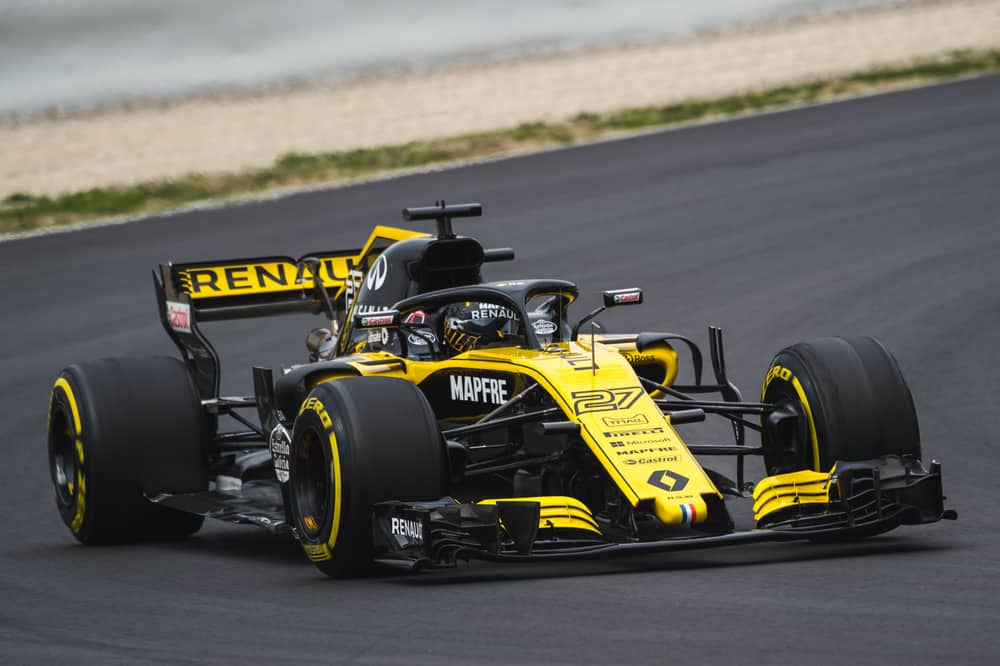 Formula 1 is a motorsport that bears a lot of history and heritage. There are older sports in the world, but not many of them carry the deep-seated international heritage of Formula 1. One of the most prolific nations in Formula 1 in the United Kingdom, which has hosted some of the most successful teams in F1. Which of the F1 teams are based in the UK?

The success of so many teams based in the United Kingdom has captured the love of so many fans of Formula 1. However, the UK has also been home to some of the least successful teams in the sport. There is a wide range of teams based in this part of the world, and it’s time that we took a deep dive into the important ones.

Which Formula 1 Teams Are Based In The UK?

Formula 1 is a sport that is rich with history, prestige, spirit, money, and most of all, heritage. The teams that compete in Formula 1 are the best racing teams in the world, and several of these teams are based in the United Kingdom.

The UK-based teams in the 2021 Formula 1 racing season include all-time greats such as McLaren and Williams, as well as some of the more successful younger teams such as Red Bull Racing and Mercedes.

The UK is home to a large variety of teams, both successful, unsuccessful, and teams that were once hugely successful but are no longer among the top teams on the grid.

Since then, there have been UK-based teams competing in every Formula 1 Grand Prix. This has led to a very diverse set of teams, as can be imagined for a country that has been involved in F1 since its inception.

Let us take some time to dive deeper into the history of the United Kingdom in Formula 1 by examining the F1 teams based in this region.

Current Formula 1 Teams Based In The United Kingdom

The 2021 Formula 1 teams based in the UK are McLaren, Williams, Aston Martin, Mercedes, Alpine, Red Bull Racing, and Haas. This is surprising to some because several of these teams are known to be from countries outside of the UK.

The other teams on the list merely have headquarters in the UK but were originally founded in other countries.

McLaren was founded in the UK and is based in Woking in Surrey, England.

McLaren is the second-oldest team competing in Formula 1 after Ferrari and consequently is the second most successful team in the sport.

The first Grand Prix that the team won was is the 1968 Belgian Grand Prix. Since then, the team has started in 900 Formula 1 Grand Prix races and scored 5795.5 racing points.

Williams Grand Prix Engineering was founded by Frank Williams in 1967 and has competed in Formula 1 Grand Prix since 1978.

Williams is a Formula 1 institution, having hosted some of the most successful drivers in the sport’s history and marking the sport of Formula 1 forever.

Williams has scored 3578 total points in Formula 1, has entered 753 races since they began in the sport.

The Aston Martin Formula 1 racing team is a point of contention among many Formula 1 enthusiasts. This team is technically a British team, but they have had a very contentious career in the sport.

In 2021, however, the Aston Martin name made a resurgence into the world of Formula 1, coming in as the rebranded Racing Point team of 2020.

This team is owned by American billionaire businessman Lawrence Stroll and has had only moderate success in Formula 1 thus far.

The young age of this team in F1 means that Aston Martin has only entered 22 races, has no race wins, no World Championship titles for either constructors or drivers and only one podium.

However, Aston Martin is a promising team that runs Championship-winning Mercedes power units in their cars and currently has four-time Driver’s World Champion Sebastian Vettel driving for them. This could be a recipe for a successful team in the future.

This is another point of contention when discussing UK-based Formula 1 teams, as Mercedes is clearly a German automotive company.

Mercedes, albeit an inherently German team, has its Formula 1 headquarters in Brackley, in Northamptonshire in England. This, technically, makes Mercedes a UK-based Formula 1 team.

Mercedes is among the most successful teams in Formula 1. That is a big statement, as this is also one f the youngest teams competing in the sport.

The Mercedes Formula 1 racing team competed in the 1994 and 1995 F1 seasons, winning both seasons, but then retired from the sport after an unfortunate Mercedes crash in the 1955 24 Le Mans.

Mercedes returned to F1 in 2010. The Mercedes team has competed in every Formula 1 Grand Prix since 2010, and after a troublesome first four seasons, have won every World Championship in Formula 1 since 2014.

The Mercedes Petronas GP Formula One Team, as they are officially called, have won 7 World Constructor’s Championships – every season since 2014 to the present – and are poised to win another in 2021.

Mercedes has entered 243 Formula 1 Grand Prix races, scored a total of 6118.5 racing points to date, 131 poles, 133 fastest laps, and 313 podiums. These are very impressive figures for such a young team, and they are only getting better as they progress in F1.

Red Bull Racing is yet another team that should not be a UK-based team but technically are due to the location of their Formula 1 headquarters. This team is owned by the Austrian energy drink manufacturer with its namesake.

This team is based in Milton Keynes in England, which gives Red Bull Racing a British base.

Red Bull Racing is another very impressive young team in Formula 1. This team began their F1 career in 2005 and has done very well since they started.

This team is one of the most exciting and promising in Formula 1 and is highly likely to become one of the best teams in the history of the sport if they continue on their current trend.

Red Bull Racing is a top contender for both the Driver’s and Constructors World Championships in 2021, with one of their drivers currently winning the season and the team overall currently holding second place in the Constructors Championship.

Alpine has its debut in the 2021 Formula 1 racing season, but this team is a rebrand of the former Renault Formula 1 team, which means that while this team is technically brand new to Formula 1, they hold a lot of racing experience and history.

Another team that is UK-based due to the location of its headquarters in Oxfordshire, England, this team does not have many Formula 1 racing statistics to report, as it has only technically competed in half of one racing season at the time of writing this article.

The stats that Alpine has achieved thus far include 1 race victory, 1 podium, and 104 total racing points. Alpine has yet to win any Championship titles, podiums, or fastest laps, as the team has only competed in a total of 16 races thus far.

Alpine is set to do very well, as the team has very caliber drivers such as Esteban Ocon and Fernando Alonso behind the wheel, but only time will tell how well the team will do in Formula 1.

Haas is another very young team in the sport of Formula 1. The first racing season that Haas competed in was in 2016, and the team has been operating in the middle of the pack since then.

This team has two home base headquarters, one in the UK and the other in Banbury in England, making this team a UK-based Formula 1 team.

Haas has had a difficult career in Formula 1 thus far, as they have struggled to compete with the bigger teams in the sport.

Haas has competed in 116 Formula 1 Grand Prix races, has won a total of 200 racing points and 2 fastest laps. The team is yet to win any F1 Championship titles, pole positions, or even any races.

The team will continue to push forward as they do show promise and have the potential to do well but struggle to make headway in this very expensive sport due to strict budget constraints.

Former Formula 1 Teams Based In The United Kingdom

The current list of UK-based Formula 1 teams holds industry legends and newcomers that are trying to make headway in the sport, but what about the teams that have come before them? Which teams from F1 history have been based in the UK?

Former Formula 1 teams based in the United Kingdom:

There are far more F1 teams based in the UK that no longer compete in F1 than there are current teams, but some of the all-time greats were based in the United Kingdom and will forever be part of Formula 1 racing history.

The United Kingdom has been home to some of the most and least successful racing teams in Formula 1.

The Most successful UK-based team is McLaren, who are still competing in Formula 1 today since they first entered the sport in 1966.

There are also some teams on F1 that were based in the UK that never made any headway in the sport.

Nevertheless, the UK is and will remain the home of the World Championship-winning Formula 1 team. The teams and fans alike are excited to see the next great team come from this nation steeped in Formula 1 history and to see the current UK teams continue to succeed in the sport.

Louis Pretoriushttps://onestopracing.com
Previous article
What Are Constructors In Formula 1?
Next article
How Much Do F1 Drivers Weigh?