Which Is Faster, H2R Or MotoGP? 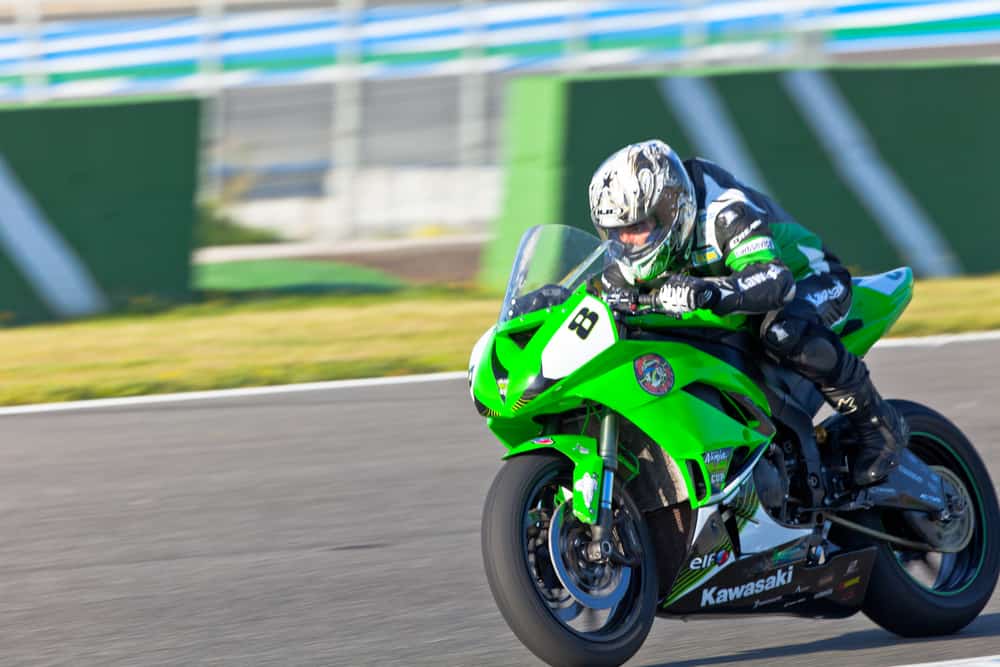 MotoGP bikes are built in very small numbers and are designed to be used in one season only (satellite teams may be able to use the previous season’s bike). They cost astronomical amounts of money; however, in return, they deliver performance levels that are unmatched by any other motorbike.

Without question, a MotoGP bike (the Ducati has been used in this comparison) is faster than the Kawasaki H2R Ninja. Whether the speed test comparison is performed at a drag strip or a typical MotoGP circuit raced on, the Ducati MotoGP bike is superior at every measurement.

It is not a fair comparison as a typical MotoGP bike costs approximately $ 15 million and has been designed and constructed as a pure prototype where it is only ever intended for use on a MotoGP circuit, while the Kawasaki H2R Ninja is designed as a mass produced superbike available to anyone who can afford it.

How A Kawasaki H2R Compares To A MotoGP Bike

A Kawasaki H2R (Ninja) is claimed to be the fastest production bike in the world. How does this compare to a MotoGP bike, and which would be the fastest?

Before looking at how the two bikes will fair, let’s first compare the specifications of each machine.

While it is fun to compare machines like the Kawasaki H2R Ninja against a MotoGP, the reality is that they are very different bikes intended for different purposes.

The MotoGP machines are prototype motorbikes designed for racing around the twenty racing circuits each annual season.

MotoGP manufacturers are not allowed any turbo or supercharging, and air intake must be natural (not blown).

The MotoGP bikes are purposed to be ridden by highly skilled professional MotoGP riders in perfect health with trained responses and skillsets.

On the other hand, Kawasaki H2R Ninja is available to anyone who can afford it, irrespective of their experience or skill levels.

The bike is therefore designed and built to complement the riders irrespective of their levels of expertise. It is shown in the list of electronic aids available to the rider.

The Kawasaki H2R Ninja is designed for track days and therefore lacks any softness of regular street bikes.

While testers have not achieved the advertised 400 km/h top speed with the bike in stock form, adding a ram air intake will add twenty-nine horsepower to the mix, which should assist in slightly faster speeds.

The problem is that wind resistance at very high speeds becomes the most significant factor in preventing the advertised top-end performance. It is specifically the drag caused by the aerodynamic inefficiencies created by the shape of the front end.

In addition, Kawasaki claims the engine produces 326 hp when measured at the crankcase, however when the bike is placed on an independent dyno, this figure has dropped to 230 hp and 245 hp, dependent on the dyno used and how it was set up.

While unable to replicate Kawasaki’s claims, the measurements achieved on a dyno do not include the effect of the high wind velocity measured at these speeds, which add a ram air effect into the air intake, which will produce higher power levels.

Even though the Kawasaki H2R Ninja has the Kawasaki Traction Control (KTRC), it still struggles with wheel splits.

It cannot match the acceleration a MotoGP bike can generate.

It is partly due to the MotoGP’s Ride Height Devices, which are superior in every respect regarding transferring horsepower to acceleration performance.

Around a track, the differences become even more pronounced where the Kawasaki weighs in at a whopping 59 kilograms more than a MotoGP bike. It translates into compromised braking distances, lower lean-in capability, and slower acceleration out of the corner.

While the Kawasaki H2R Ninja is an impressive mass-produced bike, which costs substantially less than a prototype MotoGP machine, the MotoGP bike wins in every metric they are compared.

It is not a fair comparison because both are intended for different markets and deliver impressive performance within their designed uses.