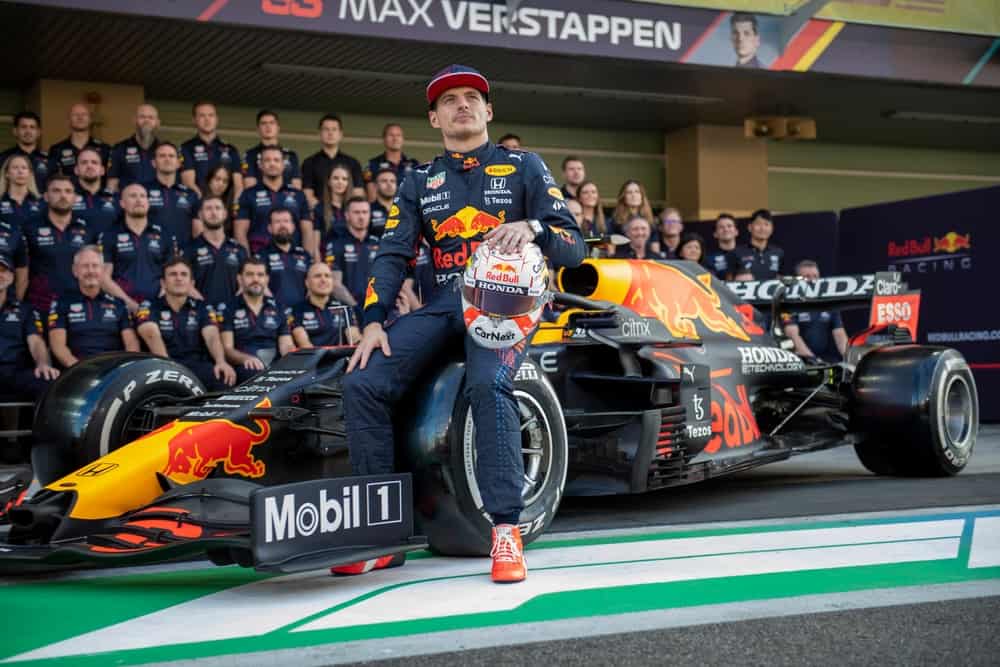 The Red Bull racing Formula One team is owned by an Austrian entrepreneur named Dietrich Mateschitz. After starting the Red Bull energy drink brand with Thai businessman co-owner Chaleo Yoovidhya, Mateschitz decided to expand the company into the realm of sports, including Formula One.

The Red Bull brand was first founded as an energy drink brand after co-owner Dietrich Mateschitz discovered an energy drink in Thailand known as Krating Daeng. After a successful business meeting with the owner of Thai energy drink, Charleo Yoovidhya, Krating Daeng was rebranded as Red Bull, and the brand’s legacy was born.

The Life Of Red Bull Formula One Owner Dietrich Mateschitz

Dietrich Mateschitz is a wealthy businessman and entrepreneur who is now the CEO and co-owner of Red Bull. Mateschitz was born in Styria, Austria, in 1944 and has never been married, and has a single son.

Work-Life And Education Of Dietrich Mateschitz

Before becoming a multi-billionaire by founding his Red Bull energy drink company with Charleo Yoovidhya, Mateschitz attended the University of Economics and Business in Vienna, where he studied a Master’s degree in Business Administration for ten years until he graduated in 1972.

The Beginning Of Red Bull

In the year 1982, Mateschitz traveled to Thailand on business, where he came across the energy drink, then known as Krating Daeng. Mateschitz thoroughly enjoyed the energy drink and decided to set up a business meeting with the creator of the drink, Charleo Yoovidhya, who was a Blendax licensee in Thailand.

The meeting resulted in a partnership between Mateschitz and Yoovidhya, and with both investing 50 000 dollars in the next two years, the drink was rebranded as Red Bull and began operating in 1987 in Austria, where it was marketed worldwide. After the company began operations, it began to expand into the realm of extreme sports over the next few years.

The Expansion Of Red Bull

Red Bull’s popularity as a brand began to rise in the upcoming years due to its extreme sports marketing stunts and campaigns. Mateschitz himself is a thrill-seeker and has a pilot’s license, and has his very own historic collection of planes that he keeps at Salzburg airport.

It shouldn’t surprise anyone that Mateschitz started a campaign in 1999 which included the founding of an airplane stunt team in Salzburg called “The Flying Bulls,” which paired well with Red Bull’s sponsorship of extreme sports such as Formula One.

The History Of Red Bull Racing

Since the founding of Red Bull, it has expanded far beyond the horizons of just energy drinks. In 2001, Red Bull was merely a sponsor for the Sauber Formula One team, and in 2004 Mateschitz signed a deal with Ford, buying the Jaguar Racing Formula One Team. In 2005, he re-named the team to Red Bull racing and set up their sister team Toro Rosso, now known as AlphaTauri.

After Red Bull Racing made ran their debut race in 2005, it was only up for them from there. The newly founded team managed to secure more points in its first two races than Jaguar had managed to secure the whole of the previous season and managed to finish in 7th place in their first season.

In 2010, Red Bull Racing managed to secure their first pole position and win in China, and they continued to procure five more wins in the season thanks to drivers Webber and Vettel and the powerfully engineered RB5 Formula One car. In 2011, Vettel managed to score a total of 15 poles, securing 11 wins in doing so, and the team managed to win the season with three rounds left over.

The team went on to dominate the Constructors’ Championship by winning it four consecutive times from 2010 to 2013. With the help of German Formula One driver Sebastian Vettel, the Red Bull team also managed to win the World Championship an astonishing four times.

In 2014, despite a shaky pre-season due to technical issues with an underperforming Renault power unit, the Red Bull Racing team still managed to pull off a second-place finish thanks to new driver Daniel Ricciardo taking three victories. In 2015, the team had its worst season since 2008.

In the 2016 season, the Red Bull Racing team signed new driver Max Verstappen from Red Bull’s sister team, and he went on to win his debut race, signaling a turnaround for the future. Over the next three years, drivers Ricciardo and Verstappen managed to secure enough points for the Red Bull to finish in 3rd place in the 2017, 2018, and 2019 seasons.

In the 2020 season, driver Max Verstappen manages to secure nine podiums, with two wins, allowing Red Bull Racing to finish second that season to reigning champions Mercedes. In the 2021 season, however, Red Bull Racing managed to secure their first championship since 2013, thanks to Verstappen and new driver Sergio Perez, by winning eleven of the twenty-two races.

Red Bull Formula One is owned by none other than Austrian entrepreneur Dietrich Mateschitz, who co-owns the Red Bull brand along with Thai businessman Charleo Yoovidhya. Prior to founding Red Bull, Mateschitz had studied a Master’s degree in Business Administration and worked for consumer products manufacturers Unilever and Blendax as a marketing executive.

After founding Red Bull, Mateschitz expanded the brand to sponsor and eventually own their own Formula One team, called Red Bull Racing, among other sports teams which are now owned by the brand. Red Bull Racing quickly became one of the most successful teams in the sport, having won many titles in its years of racing since the team’s debut race in 2005.

Louis Pretoriushttps://onestopracing.com
Previous article
What Do MotoGP Riders Have On Their Back?
Next article
What Is Dirty Air In F1?