Why Are Formula 1 Cars Not AWD? 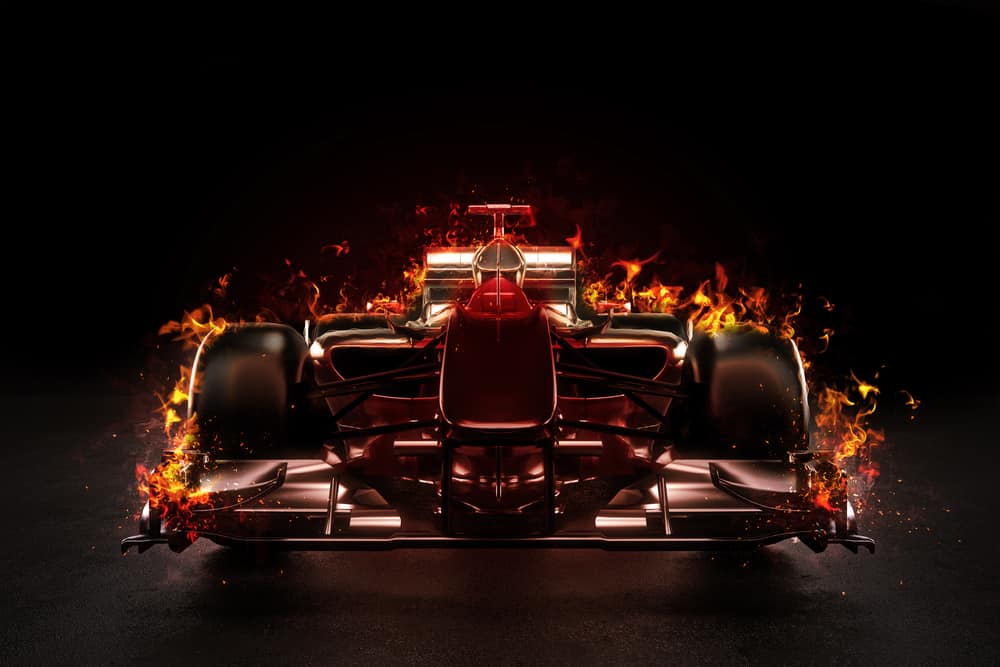 Formula 1 cars are not AWD for many reasons. AWD is illegal in F1. AWD systems add weight and only offer improved traction during launch and cornering. The traction system of F1 cars is more than adequate for high cornering and launch speeds, so an AWD drive system would only hinder the vehicle.

Why Are Formula 1 Cars Not AWD?

Formula 1 cars are finely tuned racing machines that are built for winning races and for no other reason.

The drive systems of Formula 1 cars are designed intentionally, and they are built to be as good as they can be. The teams and engineers that design and build these cars are very careful about the design of the cars, and the regulations that govern F1 racing are very particular about what is and what is not allowed in F1.

All of these considerations mean that F1 cars are built in the best and most efficient ways, to the highest possible specifications for the utmost best performance.

The rear-wheel-drive systems that are built into F1 cars are the best and most efficient way to transfer the immense power from the engine of the car to the track while still allowing for peak handling performance.

All-wheel-drive systems are heavy, and this type of system will add substantial weight to an F1 car. So much weight, in fact, that any performance improvements would be drastically reduced due to the weight.

The rear wheels of Formula 1 cars are larger than the front wheels in order to allow the best power transference from the engine to the track possible.

All-wheel-drive systems require all wheels to be the same size for optimum power transference ratios between all the wheels.

This means that if F1 cars had AWD systems, all of the wheels would have to be the same size. This would drastically decrease the cornering ability of the car, as the smaller front wheels of the car are optimized for steering.

The large rear wheels of F1 cars have a large enough surface area to effectively transfer the engine’s power to the road, without any drastic loss of power and while maintaining traction to accelerate quickly.

The engines in F1 cars do not need to be as big as you may think due to how light the vehicles are. This means that the rear wheels of the car are able to easily handle the amount of torque that is produced by the engine.

Increasing the weight of the car with an AWD system would necessitate a more powerful engine, which would change the entire composition and set up the car.

For these reasons, F1 cars are not AWD and make excellent use of their RWD systems.

How Would AWD Benefit Formula 1 Cars?

The main advantage to all-wheel-drive systems in any car is the fact that all-wheel drive drastically increases traction.

Sending power to all four of the wheels of a car rather than just two wheels means that the vehicle is able to more efficiently transfer the energy from the engine to the road.

All-wheel-drive systems are better equipped to handle high levels of torque and more efficiently transfer that pulling power to the road, resulting in far better traction during cornering and accelerating.

This is the only true benefit that would be provided to F1 cars by having an AWD system, but in a real-world application, the drawbacks of AWD systems for Formula 1 cars vastly outweigh any traction benefits provided by the system.

How Would AWD Hinder Formula 1 Cars?

Despite the increase in traction that is provided by all-wheel-drive systems, the benefits that AWD systems bring to F1 cars are vastly outweighed by the drawbacks of the system.

F1 cars need to have good traction as well as good steering. The speeds that these vehicles move at and the tracks that they race on require both incredible speed and outstanding handling.

The way F1 cars are designed, taking into account aerodynamics and downforce produced by the body of the vehicle, the traction that is produced by the rear wheels is far more than sufficient at transferring the torque of the F1 engine to the tack.

These cars are not ordinary vehicles, and their requirements are unlike any other cars out there. For Formula 1 cars, adding an AWD system will drastically reduce the handling ability of the vehicle and not only reduce the efficiency of it but drastically worsen it due to the understeer that AWD systems produce in F1 cars.

As well as the reduction in handling performance, AWD systems add about 20% more weight to F1 cars. This is a massive problem for Formula 1 cars.

Were There Ever Any AWD Formula 1 Cars?

In the 1960s, there were a few F1 teams that experimented and even raced with cars that had all-wheel-drive systems.

These cars were used for a short while. The teams experimented with the AWD systems, hoping that these drive systems would offset the tractions issues that the tires at the time had with the powerful engines that the cars used.

For this reason, there were only ever a handful of AWD F1 cars, and only very few racing teams and car builders attempted using these systems.

Since then, all F1 cars have had rear-wheel drive systems.

Formula 1 cars are purpose-built for intense racing, and they are designed to be the best racing machines possible.

No component of an F1 car is unintentional or not well-thought-out. The rear-wheel-drive systems that are used in these machines are ideal systems for F1 cars, enabling peak performance, handling, and traction.

AWD systems are not used in F1 cars due to the fact that installing these systems significantly increases the weight of the vehicle and drastically reduces the handling ability of the car.

This is a recipe for lost races in Formula 1.

AWD systems are banned in F1, not because they are dangerous, but because the regulations state that not more than two wheels can be powered in an F1 car.

Even if AWD was legal in F1, no one would make use of this system, as it is just not the right way to go for a Formula 1 racing car!

Louis Pretoriushttps://onestopracing.com
Previous articleCan Go Karts Go In Reverse?
Next articleHere’s Why Your Go Kart Dies When You Turn