Why Are Some Formula 1 Cars Faster Than Others? 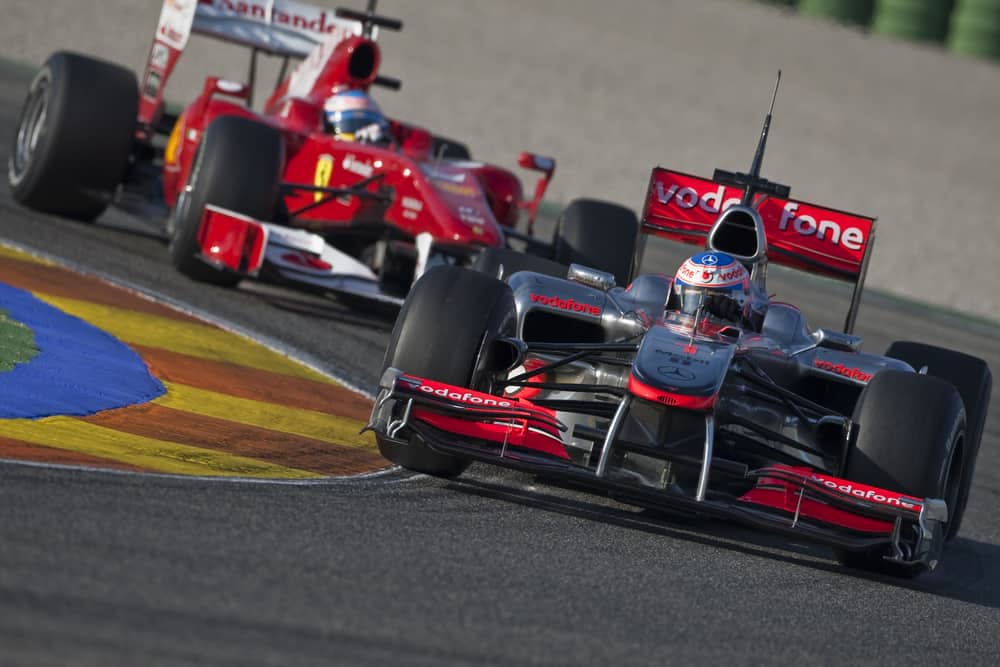 Formula 1 is a sport that excites fans on so many levels. The top speeds F1 cars achieve are comparable with IndyCar’s and MotoGP and rank higher than any other racing series, including NASCAR. Drivers create cult-like followings from their fans who are passionate about the team’s superiority.

The fastest Formula 1 cars have the best balance between engine, chassis, and aerodynamics if any components are out of balance. For example, if an F1 car has the most powerful engine and efficient aerodynamics on a marginal chassis will mean a faster straight-line speed but rubbish cornering.

Running a Formula 1 team takes lots of money, and teams with huge budgets had a massive advantage over their competitors. Despite this, having a big budget does not automatically mean that the team will win. The following article analyzes each factor and compares how they have worked for the different Formula 1 team.

The Reasons Why Some Formula 1 Cars Are Faster Than Others

Producing the fastest Formula 1 car means that manufacturers must design a car and engine combination that balances all the variables.

Achieving the best lap times means having all the variable factors working in harmony. Each component also must work across a wide range of conditions. For example, the engine must have strong torque and high speed; likewise, the aerodynamics must be streamlined for the straights but have high downforce (more drag) in the corners.

Achieving the correct balance is not an easy task because Formula 1 cars do not only race on one track, at a set altitude, or in one set of weather conditions.

Before 2021 Formula 1 teams had virtually unlimited budgets. There is no better example than the Mercedes Benz Formula 1 team, which had a budget in 2019 of $484 million. The result was that by the end of 2021, Mercedes had romped home with eight consecutive constructor titles.

How that budget is applied, the way the team is run, the crucial design decisions made, how motivated the Formula 1 team members are, and finally having the best driver all fuse together and result in how the team performs through the year. Let’s look at each factor and see how it plays out in a Formula 1 team’s final ranking.

The Budget Available To An F1 Team

In 2019 the budgets available to each team were:

The massive budget of the top three Formula 1 teams in 2019 played a huge part in their final constructors’ standings.

From the fourth position onwards, budget is not the deciding factor.

From 2021 onwards, the teams have been subject to a budget ceiling or cost cap of $145 million; this excludes the cost of the highest earners in the team and the drivers. It also does not include the staff welfare costs.

The cost cap intends to eliminate the massive budget differential, and each Formula 1 team will be subject to the same financial limitations.

The Engine Is A Critical Factor

The engine which produces the most power and reliability is a significant advantage.

The Mercedes engine is reputed to be the best in the field; however, it is not the only factor that makes a Formula 1 car faster than others, as you can see from the following table, which shows the constructor champions in 2021 against the engines which powered their F1 cars.

A Formula 1 Chassis Is Very Important

The chassis is the backbone of a Formula One car. It is designed by the team and falls within the cost cap restriction in place from 2021.

The chassis serves several functions, all of which are massively important.

Chassis stiffness is significant for Formula 1 tracks with lots of slow corners; the stiffer the chassis, the better the Formula 1 car’s grip. In high-speed sweeping corners the aerodynamics play a more critical role.

The stiffness of the chassis plays out interestingly when you compare the Red Bull Formula 1 car to the Mercedes car.

The Red Bull car has a shorter chassis, and Mercedes has a longer one. Consequently, it is probable that the Mercedes Formula 1 car has less stiffness and therefore is not as competitive as Red Bull around the tracks with tighter corners. The 2021 results at four tracks with tight corners were.

The Aerodynamics Can Make Or Break An F1 Cars Performance

The control of the airflow around a Formula 1 car is the factor that can make or break an F1 car’s ability to be the fastest. Before the cost cap, teams spent massive amounts to achieve millisecond advantages around a track.

The essential function of aerodynamics is to work in a contra manner to aircraft wings and, instead of providing lift, a formula 1 car provides downforce, which produces drag.

A car with high downforce will maintain a very high speed around the long sweeping bends.

It is not as simple as it sounds, as a formula 1 car is never in a single “frame.” When it accelerates, the front lifts slightly, and when it decelerates, the nose drops; when it runs through a corner, the lateral forces cause it to heel to the left or right.

Within these ranges, the aerodynamics modules of the car must keep the downforce as linear and predictable as possible.

The aerodynamics are tested in a wind tunnel, which is very expensive to operate. Before introducing the cost cap, the top teams had a sufficient budget. From 2021, and even more so with the new designs in 2022, aerodynamicists face real challenges.

Formula 1 cars are very advanced pieces of machinery. They don’t travel too far in their lifetime, but when they do, they are subject to enormous loads, pressures, and wear. Designing the perfect car is not possible, so engineers work out the best balance of the power, chassis, and aerodynamics to try and achieve the optimum result through the different track layouts.

The 2022 season is going to be very challenging. Not only is it a new car that is subject to new regulations, but the cost cap also places a severe limitation on the constructor’s ability to fine-tune the overall car.

Louis Pretoriushttps://onestopracing.com
Previous articleWhy Are Formula 1 Tires So Shiny?
Next articleWhy Do All Formula 1 Cars Look The Same?