Why Are There 2 Drivers Per Team In Formula One Team? 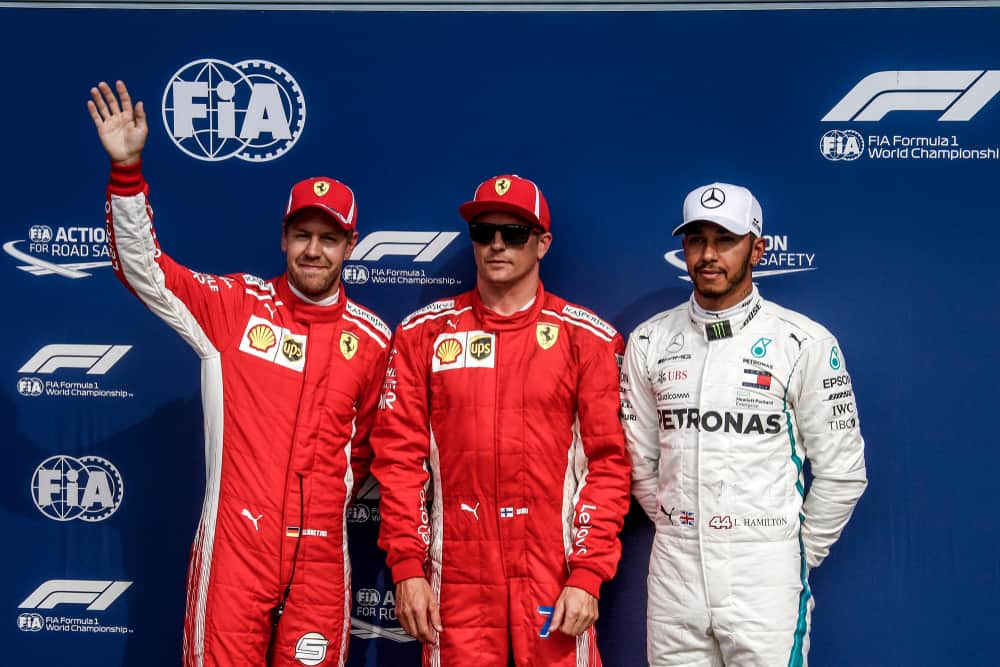 Every Formula One team has the goal and the ambition of making the best car on the grid, but there are two cars per team, so they have to make the two best cars on the grid. Well, isn’t one car with one driver enough to race? Well, let me explain.

In 1981 the first Concorde Agreement was introduced, requiring every team to have two cars. This mandates every team in the grid to build a maximum of 2 cars eligible to compete for the Drivers and Constructors championship.

Before we dive into it, I just want to make sure we are all on the same page and that everybody’s aware of the differences between the two championships that they have in Formula One. I know this may seem a little odd, but please stay with me, and it will all be clear in the end.

Let’s go over the details as to why a Formula One team employs 2 drivers and the possible benefits they get from it.  But before, let’s start with what a constructors championship is?

What is the Constructors Championship?

The prestigious title of Formula One World Champion Constructor is awarded to the manufacturer that earns the most points throughout a season and accounts for both the constructor of the chassis and the engine.

Why Do Teams Employ 2 Drivers Instead Of One?

The reason is pretty obvious. Formula One team receives points when each of their drivers finishes in the points. Suppose a team’s drivers finish first and second. This will mean that the team gets a total of 43 points, and similarly, at the end of the season, the team with the most points is crowned the constructors’ world champion.

The key difference, however, is the prize. The unique way a Formula One team operates and how they make money deserves its own article. Basically, at the end of the season, the prize money is split between all teams in proportion to their finishing order in the championship.

Unfortunately, in Formula One, the reality is that teams who can invest a lot of money will predominantly beat those with fewer investments hence why the prize money is so important.

Having 2 Cars Instead Of 1 Is Advantageous For The Team. Here’s Why.

Let’s go over a few scenarios and see how the number of drivers can reduce the risks for the teams and increase their profit. Imagine there’s only one driver per team, and they’re competing in both drivers and the Constructors Championship.

Sure, if the driver wins a lot of the races and the car is reliable enough, they could win both of the championships. But that’s a lot easier said than done. Let’s bring in some statistics.

Suppose the car from a given team is pretty reliable and has an 80% chance of completing the race. This, in turn, means it will have a 20% of not completing it. If the team had two cars and each car still had the same chance of finishing your race and a 20 percent chance of not finishing it, the probability of having both cars not finish the race is now 4%.

With three cars, it’s less than 1%, and with four cars, it’s basically zero. Hence from the manufacturer’s perspective, they cannot afford to depend on a single driver on a single chance to score the points that they need badly for the Constructors Championship.

It’s risky, especially since many cars are not nearly as reliable as the example we just looked at. So teams realized that by having more drivers competing, they would increase their chances of scoring more points while decreasing the risks that they were taking.

Isn’t Having 2 Cars More Expensive Instead Of Having Just 1?

No. The reason is that the extra expenses of building two or more cars are relatively small compared to all the money that had already gone into research and development for a single car. It makes sense, given that the pros outweigh the cons to build and compete with more cars.

It was such a good thing to do that the bigger teams were racing with three or even 5 cars. The more cars you had out there on the track, the more points you could score and fewer risks you were taking, even if it was a little bit more expensive because you would get more prize money at the end of the season.

You may argue that that is a bit unfair, and the rest assured that this practice did not last long. Thus in 1981, the first Concorde Agreement was introduced, requiring every team to have two cars.

What Other Roles Do The Drivers Play?

The second driver can also have a significant impact on the driver’s championship. Rubens Barrichello for Michael Schumacher, David Coulthard for Mika Hakkinen, Valtteri Bottas for Lewis Hamilton have all helped their respective teammates throughout the season.

By letting their teammates through, fending off their rivals, strategy development, and implementation, the role of a 2nd driver is immense in a team.

A Formula One team consists of the management, the factory employees, trackside employees, logistics department, technical staff, and many such men and women who make the circus possible. But two employees happen to be the crown jewels of the team, and with whom the fans resonate.

Drivers have always been the face and often the voice of the entire team. They represent the teams for their fans, and their battles are cheered on the track. Every team needs to have two drivers, and both the drivers are supported in every way by their teams to win races and titles.