Why Did F1 Change Engines? 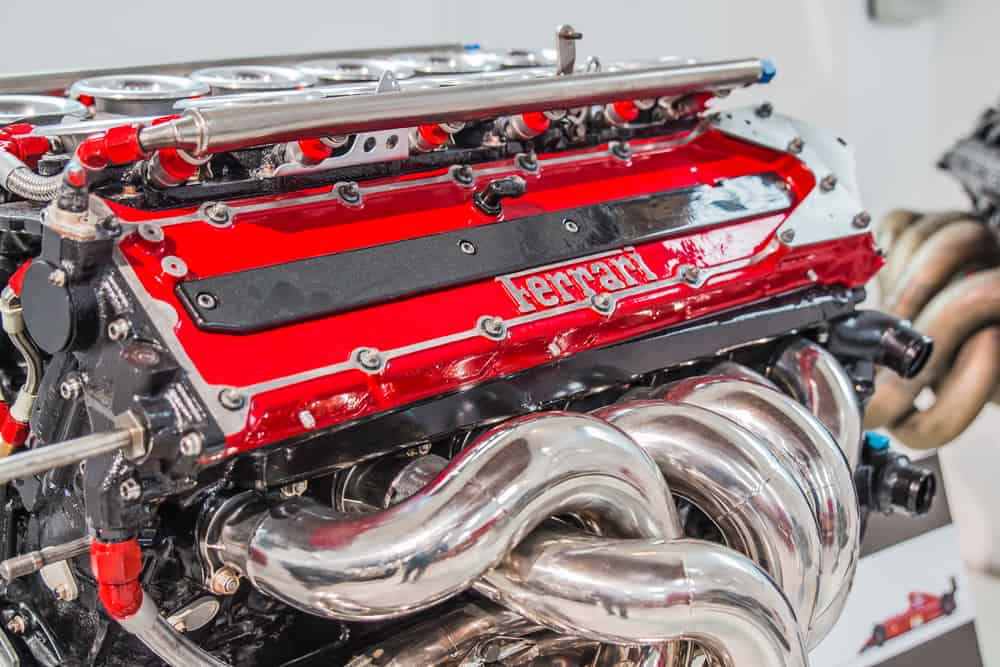 Back in 2014, Formula One made a huge decision. They decided it would be best for the sport that they switch from V8 engines to V6 turbo-hybrid engines. It was a considerable change for Formula One. But why did F1 change engines?

Formula One took a very long time to decide to change engines, and the pleather of reasons for the switch helped Formula One continue to keep up to date.

Why Did F1 Change Engines?

Formula One had previously been using 2.4-liter V8 engines, which had been in the sport since 2006. The change was huge in Formula 1 and caused massive changes in the sport. It led to a new team in Mercedes, dominating the sport during the hybrid era. There were a few major reasons for Formula One changing engines in 2014

One of the biggest reasons for the change in engines was moving towards having more environmentally conscious engines. V8 engines are not good for the environment and are being phased out of road cars due to new environmental regulations worldwide.

The limits on cars’ greenhouse gas output mean engines like V8s with incredibly low economical rates are being phased out of production. So it makes sense that Formula One would do the same.

Formula One, therefore, decided to change to hybrid engines. These new V6 engines are a lot more environmentally friendly. They are hybrid engines and use a lot more electric parts. 2014 saw the introduction of the ERS system to the engine. This is an additional boost that the driver can engage.

ERS stands for energy recovery system, and It is named this because it recovers engines during braking.

The engines, in general, were also able to be a lot more environmentally friendly because they are 35% more efficient than the old V8 engines. This means the cars go through less fuel during a race and produce less environmentally damaging gases.

Over the past ten years, Formula One has seen smaller teams like Caterham, Marussia, and HRT leave the sport due to the incredibly high costs. To combat this, limiting the number of engines a team can use means the costs are massively reduced for these teams.

It helps keep teams further down the championship in the sport, as they get a lot less money from sponsors and the TV revenue. It means it helps the sport survive because F1 needs those teams to help make Formula One exciting and competitive.

Of course, there had to be massive changes to the durability of the engines so they could potentially last for up to eight races. This was considered when the engines were designed to be a lot more durable than the previous ones. It puts a lot more pressure on engine suppliers like Ferrari, Mercedes, and Alpine to produce high-quality, durable engines.

Using Up To Date Technology

Part of the V8 being phased out of production is also the reallocation of research and development resources into hybrid and electric engines. The combination of electric power and technology and the brute force and power of the traditional engines is exactly what Formula One is looking for.

Will Formula 1 Chance Engines In The Future?

2022 brings considerable changes to Formula One, aimed at limiting spending and decreasing the gap between the teams at the front of the grid and the teams at the back. These rule changes do not bring massive changes to the engine side, with the only major difference being that engines are updated to use an increased percentage of synthetic fuels in 2022.

It does not look like there are many engine updates in the upcoming seasons. There will be an engine development freeze coming in 2022 that will last until at least 2025. These sorts of engine freezes are very common in Formula One, and it is another strategy that the FIA uses to try to control the huge spending seen in the sport.

It also likely means that we could see some big changes coming after 2025. Quite often in the past, Formula One has introduced engine freezes before major changes come in. This is mainly to stop engine spending for a few years, so when major changes come in, teams are prepared and have the resources to cope.

Louis Pretoriushttps://onestopracing.com
Previous articleAre F1 Cars Bad For The Environment?
Next articleHow Much Do F1 Team Principals Get Paid?