Why Do All Formula 1 Cars Look The Same? 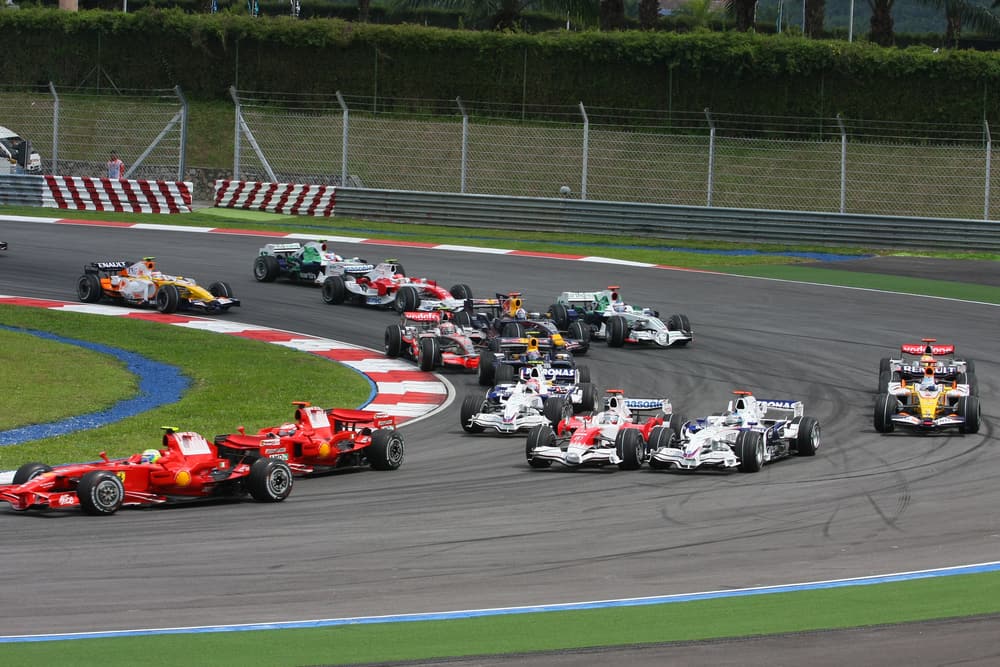 Formula 1 cars are designed to be at the pinnacle of road vehicle design. The engine generates 1,000 HP and revs at 15,000 RPMs; they travel at speeds of up to 240 mph (397 kph) and have acceleration times to 62 mph of 2.5 seconds, making Formula 1 an intense and exciting sport to follow.

Although Formula 1 designers follow a general set of regulations when specifying their cars, the results can differ. The basic outline may be similar, but with Formula 1, the devil is in the detail, and the significant teams follow very different design philosophies.

The uninitiated watching Formula 1 cars probably all look the same. They all have four wheels and are all low-slung with pointy front ends; the driver sits in the middle, with a hulking power unit in the back, overshadowed by a big wing. Within those similarities, however,  there are fundamental changes.

Formula 1 Cars Are Very Different From Each Other

Designers have some leeway within the rules, which creates the unique performance each Formula 1 team delivers.

There are ten teams, and each performs at different levels depending on where they are racing in the world. Some cars, such as Red Bull and Renault, have shorter wheelbases and very rigid chassis, making them faster at the slower, tighter circuits.

In the other corner, you have Mercedes, who, before 2022, had a long chassis with a very high straight-line speed. The longer chassis had some rigidity issues, making it less competitive around the slower circuits, but it excelled at the fast straight-line courses with long sweeping corners.

As the constructor who has won the last eight constructor championships, they must be doing something right!

Which Components Of A Formula 1 Car Are Different?

The cars have the same general silhouette, and from a distance, apart from the color schemes, it is tough to tell them apart. There are, however, fundamental differences between each Formula 1 constructor Formula 1 car which we shall examine below.

The Formula 1 Cars Have Different Engines

Four companies supply the engines for the different teams, and these are;

The regulations state the engines must all be 1.6-liter V6, turbocharged hybrid-electric engines which produce a combined output of close to 1000bhp. These are pretty restrictive, but teams have managed subtle differences in application.

Different engine manufacturers manage airflow through to the turbo in different ways, the layout of the turbo itself, how the air to the turbos is cooled, weight reduction measures, and changes in the engines’ bulk.

Each Of The Constructors Chassis’ Are Different

Arguably, between the different Formula One constructors, the chassis of the Formula 1 cars are very different.

As with the engine, strict regulations determine the chassis specification. The constructors have some “wiggle room” within the rules with which to work.

The design of a Formula 1 car chassis starts with the design of the car itself. During this process, the management, engineers, and drivers will sit down and look at the different circuits they will be racing on.

These will be categorized by

From this information, they will calculate what characteristics the car must display. Unfortunately, strengths in some situations translate into weaknesses in others. For example, a Formula 1 car with a very high downforce will be superior in the corners but have a lower top-end speed down the straight.

A car with a high level of mechanical grip may suffer in other parts of the track.

The primary design differences will be the length of the wheelbase; this will dictate how the F1 car translates between slower tight circuits and faster circuits with fast straights and long sweeping corners.

From the outside, the Formula 1 Cars differ in length by +-70mm between Red Bull, the shortest, and Mercedes, which is the longest. The difference in chassis length of the 2019 cars is shown in the table below.

Although the actual size difference may seem very small, the impact on performance and handling is significant.

The main factors which influence the aerodynamic characteristics of a Formula One Car are:

The aerodynamics of the vehicle must produce:

The actual differences are seemingly minute, but in performance, terms can result in lap time improvements measured in thousands of seconds.

From head-on, there does not seem to be much difference between the Mercedes and Red Bull Formula 1 cars; however, by carefully analyzing the images, it becomes evident that the Red Bull enjoyed a higher downforce effect in 2021 than that achieved by Mercedes.

Some other factors can make a huge difference in a car’s performance outside of the aerodynamic design features. For example, in Mexico (which was won by Mercedes), the Mercedes Trackside Engineering Director, Andrew Shovlin, admitted that the Red Bull car should have been superior to the Mercedes. However, the altitude combined with the changes in the heat would swing the advantage either way.

If the weather were scorching, then the Red Bull’s higher downforce would play into their hands; however, the temperatures would drop with a bit of cloud cover, and it would be an advantage for Mercedes.

In a sport like Formula One, the difference between the winning driver and the number two position can be as little as thousands of seconds. Each constructor designs its vehicle to determine the optimum strengths that need to be present. However, this results in cars with a similar profile but with substantial differences under the skin.

Louis Pretoriushttps://onestopracing.com
Previous articleWhy Are Some Formula 1 Cars Faster Than Others?
Next articleWhy Does Formula 1 Race Twice In Austria?