Why Do F1 Cars Lose Power? 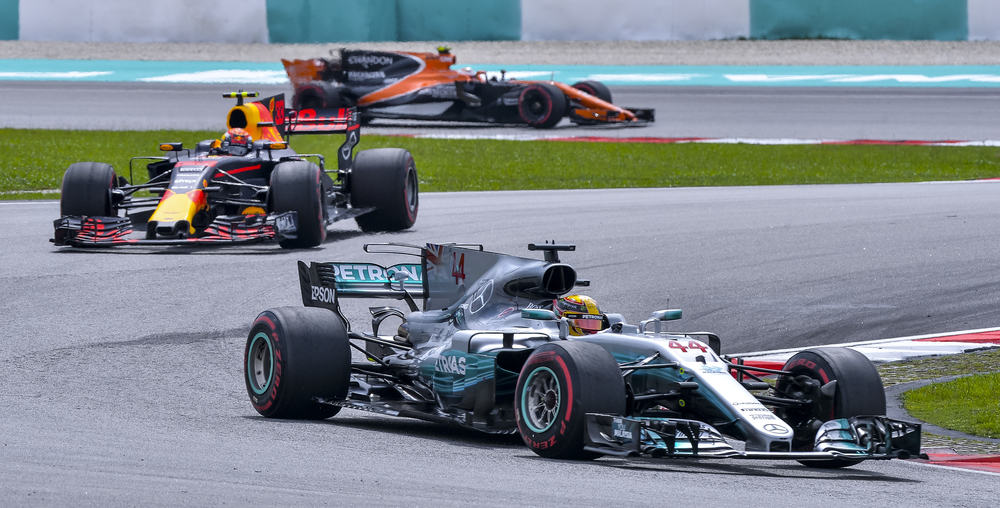 In many F1 races, it is common to see drivers have to retire before crossing the finish line, or their car simply stops due to mechanical problems, many related to the engine. That makes me wonder, why do F1 cars lose power?

F1 cars lose power because their engines are designed to give everything they have, in contrast to the engines of average cars designed to run for years. Because F1 engines are constantly running at peak performance, they wear out much faster and often stop working in the middle of a race.

In F1, everything is calculated and measured to work in the optimal conditions. Hence, the margin of error is very small, and therefore, it is very easy for both the engine and other parts of the car to stop working very quickly.

Why Do F1 Cars Lose Power?

Drivers often yell at their engineers during races, “I’m losing power!” due to an engine problem that gives them less power than maximum power. Most of the time, it’s just that the battery is running low on a certain lap and the engine is slowing down, but sometimes the problem is so significant that the engine just stops running. But why do the engines fail so much?

Well, think of the human body as a machine. Sprinting athletes like Usain Bolt can run 100 meters in less than 10 seconds, but does this mean they can run a marathon maintaining that pace? No, they can’t, and even if they tried, they would end up shattered much sooner.

This is what happens to F1 engines. They are like Usain Bolts that are sprinting throughout a race. There will be considerably high wear and tear to the engine, thus giving it a very short life span.

F1 engines are designed to give everything they have, for only a few times. The measurements on these engine parts are almost scarily precise. When one of the parts is operating outside of their working gap, the engine fails, and drivers lose some or just all of their power.

The same thing happens with road cars. However, those are designed to last longer, and their operating gap is much larger.

How Many Engines Can F1 Cars Use?

Since engines are very complex parts, there are rules for their components. Each F1 car can use three Internal Combustion Engines throughout the season, which is the main part of an F1 engine. When it comes to the rest of the engine components, teams can use three MGU-Hs, Turbochargers, and MGU-Ks. However, they can only use two energy stores and two control electronics.

In short, they are essentially allowed to use three engines. Before 2020, drivers were only allowed to use two MGU-Ks, but this was expanded to three as during the 2019 Formula 1 season, nine out of 20 drivers exceeded the MGU-K limit and received substantial grid penalties as a result.

How Long Do F1 Engines Last?

As there are 22 races in the season and only 3 engines can be used during the whole year, each engine must last around 7 races if drivers want to avoid grid penalties

Each race is 305 km (189 miles) long. Still, throughout the weekend, the engines also have to cover the free practice sessions on Fridays and qualifying sessions on Saturdays, meaning that they usually need to last at least 2,400 km (1,500 miles), but more likely around double that.

Until the end of the 2017 season, engines were required to last around four or five races per driver, but the change to extend the life of engines was brought in to reduce overall costs for “customer teams” purchasing power units from the big teams. Another reason was that F1 increasingly wants to be more sustainable, which means using less and fewer materials, thus lengthening its durability.

Who Supplies Engines To F1 Teams?

F1 teams use turbocharged V6 engines, which were introduced in 2014. All the teams are allowed to develop their own engines and make specifications. Currently, there are four F1 engine suppliers: Honda, Mercedes, Ferrari, and Renault, the latter three having their own F1 teams. We will see now who supplies whom on the grid:

Honda has officially left F1 after the 2021 season, but in 2022 they will continue to work with the energy drinks team on the engine before leaving the competition permanently in 2023

F1 cars lose power because engines are very complex elements, and when working to the limit, the margin of error is less.

For this reason, it is easy for them to wear out soon or something fails, and as a consequence, drivers lose power in their cars.

Louis Pretoriushttps://onestopracing.com
Previous articleHow Much Do You Make Winning an F1 Race?
Next articleBest F1 Nicknames Of All Time