Why Do F1 Drivers Have Such Thick Necks? 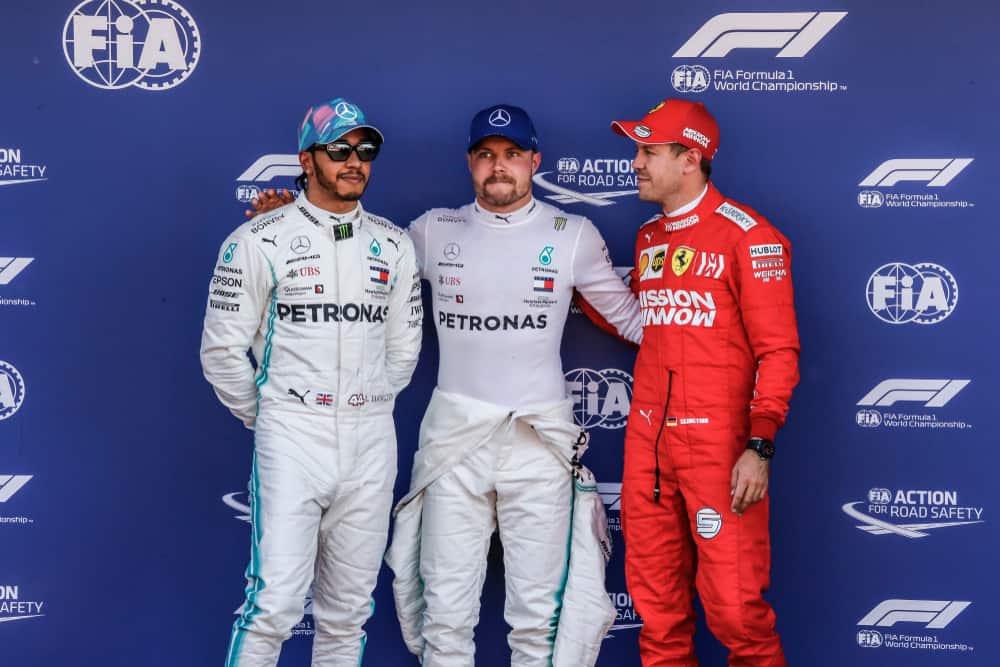 F1 drivers have to be in excellent shape to drive such fast cars. However, something that stands out about them over other athletes is their thick and strong necks, if not look at Fernando Alonso or Lewis Hamilton. That makes me wonder, why do F1 drivers have such thick necks?

F1 drivers have such thick necks because they have to put up with enormous G-forces on their bodies during racing on straights and corners, and the neck is one of the most vulnerable and pressure-bearing parts. It is vital for drivers to train their necks to keep them straight while driving.

Driving an F1 car at such high speeds requires talent, skill, excellent physical fitness, and hard training to gain strength and endurance. The neck is a critical and essential part of an F1 driver’s training, so let’s cover it in detail below.

Why Is The Neck So Important In Formula 1?

Although many do not consider it as such, and it may not seem so on TV, Formula 1 is a very tough sport that requires an excellent physical condition from the drivers that combines strength and endurance to stand up to two hours of racing.

In Formula 1, all body parts are important: arms, legs, core… but there is one that stands out especially, and that is the neck. When F1 cars go so fast, the drivers suffer the so-called G forces, which are accelerations that the body suffers and increase your heart rate and make it harder to breath

In other words, G-forces are what push you forward in a sudden stop with the car or backward in a roller coaster. They are forces that push you out of your seat. In a normal state, we support a force of 1 G vertically, that is, gravity. When you are in your road car and brake as hard as possible in an emergency, you will experiment around a G horizontally.

F1 drivers experience around 2 G when accelerating and 4-5 G when braking, 5 times their body weight.

To withstand these forces, drivers must train the whole body, especially the neck, since it is a very delicate and exposed part. Every time they brake, take a corner or accelerate, they have to hold the neck against inertia.

So that you can see the importance of the neck in Formula 1, in this video, we can see how G forces act on an average person in an F1 car. Clearly, his neck is not prepared to resist them.

How Strong And Thick Are F1 Drivers’ Necks?

In short, the necks of F1 drivers are very strong, much stronger than that of a normal person, since no average person trains the neck.

In addition to the G-forces, an F1 driver’s neck also has to support the helmet’s weight, which is around 7kg, and that of the head, so in the corners, the neck has to support more than 30kg. Besides strength, they need to have great endurance since they have to support these weights throughout the race, that is, for about an hour and a half.

Fernando Alonso, one of the drivers with the thickest neck, can boast of being able to crack a walnut with his neck, something he has done a couple of times on camera, but don’t try it at home.

As for the thickness of F1 drivers’ necks, they get thicker and stronger with training.

How Do F1 Drivers Train Their Necks?

F1 drivers, like other athletes, have a strict exercise and diet routine to drive the fastest cars in the world. Apart from practicing on the simulator and doing typical gym exercises with machines, they pay special attention to the neck.

Some teams train their drivers’ necks using a helmet attached to pulleys that pull on the neck from different angles. In contrast, others use manual resistance techniques designed specifically for each circuit.

Exercises with rubber bands, turning the head and pulling the neck, and movement exercises with only the neck are also performed, and swimming is also common, to turn the neck from right to left and vice versa.

In addition, some weeks, there is more emphasis on some exercises than others, or on turning the neck to the right or left, depending on the type of circuit that has to be tackled on the weekend and whether the direction of the track is counterclockwise or not.

What Is The HANS Device In F1?

The HANS device (head and neck support device) is a head restraint used in motorsports. It is a custom-made carbon fiber structure on the driver’s shoulders, U-shaped, tightened to the seat belt’s body and attached to the driver’s helmet by harnesses.

It supports the driver’s head in a frontal accident and thus reduces head and neck injuries. It is a very simple element but valuable and has saved many lives. It’s like the airbag in a Formula 1 car.

The HANS was officially introduced to Formula 1 in 2003 and was initially heavily criticized by drivers due to its discomfort. It reduced neck movement but has proven useful in the long term.

As we have seen, the neck is an essential part for Formula 1 drivers due to the G-forces they have to endure. F1 drivers have such thick necks because they train them daily to withstand these accelerations.

Although it seems easy, driving an F1 car at such speeds is not at all, so the drivers must train the neck and other parts of the body such as the arms, legs, and core.

Louis Pretoriushttps://onestopracing.com
Previous articleWhat Is An F1 Super License, And How Much Does It Cost?
Next article49 Facts About Lewis Hamilton You Didn’t Know