Why Do F1 Drivers Have To Be Fit? 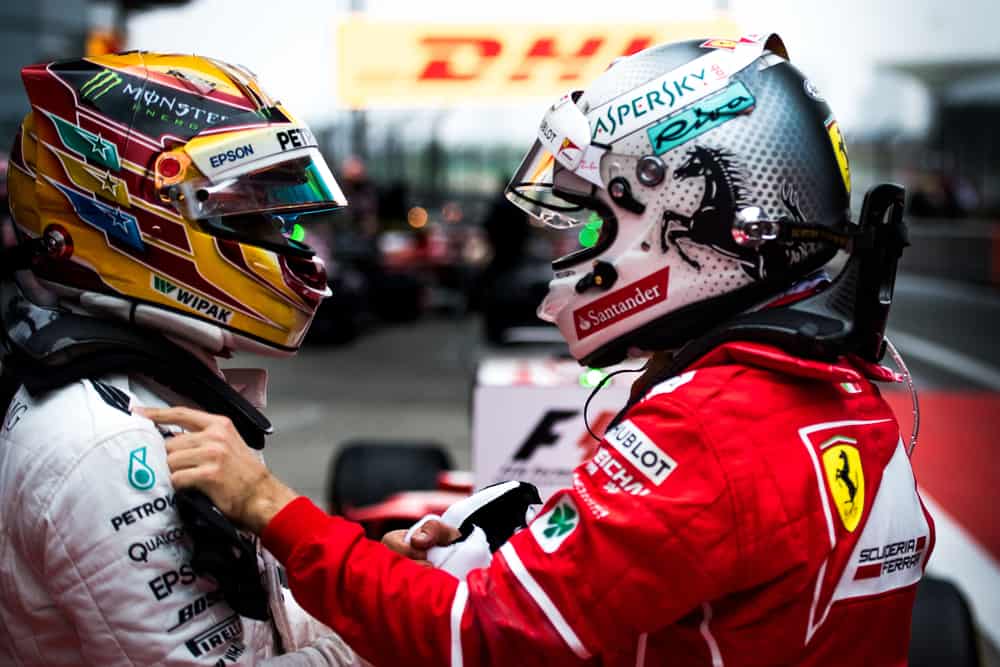 F1 drivers have to be fit to withstand the physical strain o driving an F1 car during a race. Intense G-forces, severe weight loss, immense heat, physical exertion, and fatigue are all present during an F1 race. Drivers must be as fit as possible to stand a chance of succeeding in the sport.

Why Do F1 Drivers Have To Be Fit?

Not many people understand why Formula 1 drivers are required to be so physically fit. Racing in F1 is just driving a car, right? The truth is, racing in F1 is far more intense than any other form of motorsport out there, and the drivers have to maintain peak physical condition in order to be successful in the sport.

There are several reasons why Formula 1 drivers have to be as fit as they are, and each reason is vitally important for a successful.

Let’s discuss some of the reasons why this high level of fitness is necessary for F1 drivers, what happens if they are not fit, and how these athletes maintain their fitness levels for F1 racing.

One of the most important reasons why Formula 1 drivers must maintain a high level of physical fitness is to withstand the G-forces that they experience when racing.

Formula 1 drivers race in speeds in excess of 200MPH and cornering speeds that are not much lower. This means that drivers routinely experience G-forces of 5G or more.

Withstanding these forces requires immense physical strength, even to just stay upright in the car and to hold onto the steering wheel. Even holding up your head under these forces is very difficult. This means that F1 drivers have to maintain exceptional fitness and muscle strength to handle this type of physical punishment.

Another aspect of F1 racing that not many people realize is the fact that F1 cars require great strength to operate well.

Aside from the G-forces that drivers have to deal with, the operations within the car are very challenging as well. The steering in an F1 car is shockingly heavy, which means that simply turning the steering wheel requires a lot of arms, shoulder, and upper back strength.

Applying the brakes correctly, in time, and with enough force to slow down an F1 that is traveling faster than 200MPH into a corner also requires immense strength. Powerful leg muscles are necessary for operating the brake and accelerator pedals in an F1 car to maintain safe control of the vehicle.

Without a high level of physical fitness, a driver would simply not be able to operate the car well. This would not translate to a successful race at all.

One of the most important factors for an F1 driver is racing focus. Without maintaining their focus, an F1 driver will not be able to react fast enough to race situations to keep themselves safe or to take advantage of racing situations to get ahead in the race.

Even reacting to corners and applying the brakes and accelerator pedals at the right moment requires razor-sharp reactions and reflexes in F1.

Without a high level of physical fitness, maintaining focus on the stress and pressure of an F1 race is impossible. If the driver is not strong enough and fit enough to act upon his reflexes without thinking about it, too much mental energy will have to be used simply to maintain control of the vehicle, and his racing abilities will be severely impaired.

Without a high level of physical fitness, the F1 driver is at a significant mental disadvantage and will be unable to compete at a high level.

The level of fitness required by Formula 1 racing drivers also helps the drivers to stave off fatigue. During the intense environment of an F1 race, fatigue will severely hinder a driver’s ability to race well.

The stress applied to the body of the driver will quickly weaken the driver and tire out the muscles that are under strain. Obtaining excellent physical fitness keeps the muscles strong and helps the drivers of Formula 1 to fight off fatigue for much longer than any normal person.

Fatigue is dangerous for a driver in F1. Not only does fatigue hinder the driving ability of the man behind the wheel, but it also significantly reduces his ability to control the car and to react fast enough to keep the race safe. Fatigue can be a killer behind the wheel of an F1 car.

Fitness To Be As Light As Possible

Formula 1 racing is the absolute pinnacle of motorsport. The cars that are developed for the sport are the most high-performance race cars in the world, and they are designed for absolute performance.

A large portion of an F1 racing car’s performance ability comes down to weight. If the car has any extra or unnecessary weight, it will be slower on the track. The engineers that develop the cars do everything possible to reduce the weight of the car to provide as much performance as possible for winning races.

It would be a shame for the engineers to put so much effort into weight-saving advancements in Formual1 only for the weight o the driver to be the extra weight that loses the race.

The lighter the driver is, the better the car will perform, which may very well translate into race wins.

Are All F1 Drivers Fit?

Formula 1 hosts 20 drivers every year to compete in the most exciting motorsport event in the world. Every driver on the F1 grid knows how privileged they are to be in the driver seat of an F1 car, and every one of them will do everything that they can to stay there.

F1 is a sport that constantly changes and evolves. A driver may have a seat one season and be entirely out of F1 forever without warning from the next season.

For this reason, every F1 driver will work as hard as they possibly can to be the best possible driver that they can be to maintain their seat in F1.

A very large portion of being a driver in this sport is maintaining a very high level of physical fitness. Without it, no driver will stay competitive.

This means that every driver on the grid is incredibly fit. Drivers work hard every day, even in the off-season and on their days off, to maintain their physical fitness to be the best that they can be on the track.

Every F1 driver is exceedingly fit. All of these drivers are elite athletes, and they train and look after themselves in a way that maintains that status. There is no F1 driver who is unfit and no F1 driver that is not working to become even fitter.

Every driver has a strict routine of exercise, maintains a strict diet, and works with a variety of personal trainers, coaches, and instructors to maintain their high level of fitness for racing in this sport.

How Do F1 Drivers Stay Fit?

Maintaining the level of fitness required for continued success in Formula 1 is not easy. This challenge is met head-on by every athlete in the sport, but each driver has their own exercise routine designed specifically for them.

Every driver has a team of personal trainers, dietitians, fitness experts, coaches, and friends that help them work on their fitness throughout the year.

Specialized equipment and exercise tools are used to train the muscles that F1 drivers need to target, such as the muscles in the neck, chest, and core that take strain during every race and must be particularly strong.

These athletes spend real time in the gym training in various ways and using various exercises to train their bodies for the intense racing that they perform every year.

Drivers in this sport will train year-round, and they will train especially hard in the off-season to stay sharp and try to even increase their already high level of fitness for the next season.

Do All F1 Drivers Have The Same Fitness Routine?

Not all Formula 1 drivers have the same fitness routine. Every driver has an intense routine, but the exact methodology varies among the drivers of the sport.

Each individual driver has their own unique and specific needs. Some drivers are older than others, some are very young, and each driver is unique in the way they train.

The same muscles must be trained, and the same level of fitness must be attained, but each driver has their own preferred methods of training.

How the driver trains directly affect their racing ability and performance, which means that every driver takes their fitness training very seriously, but each driver has their own preferences regarding the types of exercises that they like to do and the exact scheduling of their training.

Some drivers famously turn to other sports to keep their fitness levels at their peak; rather than simply running or cycling, drivers will turn to more exhilarating and entertaining sports that achieve the same results.

Ultimately, each driver has their own preferred fitness routine that has been honed throughout their years as a driver.

The drivers in Formula 1 are elite athletes. They must stay at the absolute peak of physical performance and ability required to their in their sport, or they will simply not survive as a driver in F1.

These drivers must be as light as possible while being as strong as possible to succeed in Formula 1. They must also be fit enough to withstand the abuse of excessive G-forces and intense speed while driving. Dehydration, physical exhaustion, and severe fatigue can set in quickly during a race, and the drivers must be fit enough to withstand it all.

For these reasons, F1 drivers are among the fittest athletes in the world.