Why Do F1 Drivers Slow Down In Qualifying? 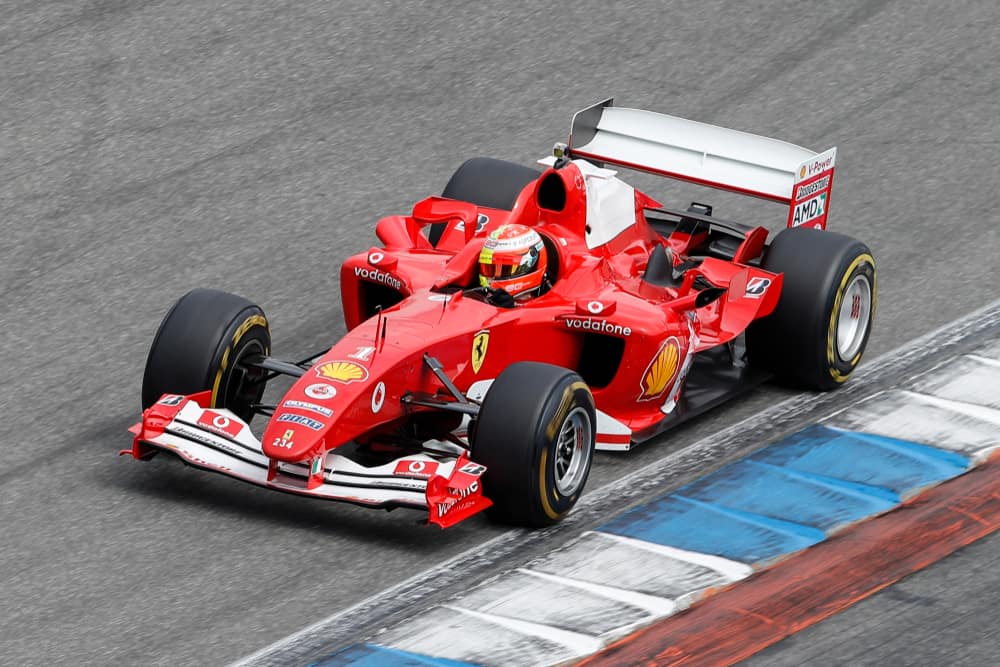 In Formula 1, the Qualifying session is probably an essential part of an F1 race. All F1 teams are fighting for a position at the top of the grid, so fighting for first grid place is brutal. You might have observed cars slowing down during a qualifying session, and you might be wondering what the reason for this is.

Many F1 cars during a qualifying session will slow down to allow for other cars to pass them. And the reason for this is so that the drivers can have cleaner air to race in. When one car is behind another, it creates what is known as “dirty air” that would affect the car’s performance.

Why Are F1 Cars Faster In Qualifying?

The current Formula 1 car specifications consist of two electric motors attached to the internal combustion engine. Combined, these two motors will give an extra 300hp of power for the cars.

So, during a qualifying session, the drivers can make maximum use of all the power they can chew out of these electric motors.

Teams are also permitted to use fresh tires on their cars, making a big difference in lap times. When tires are fresh and unused, they provide more grip on the track, and hence they get better performance from a fresh set of tires. Although teams are not permitted to use special tires for qualifying, they can choose a brand-new set of tires from their full complement of tires that they bring to a Grand Prix circuit.

Drivers are also allowed to use DRS (drag reduction system) on every lap of the qualifying session. The DRS system is a flap on the car’s rear wing, which enables an F1 driver to obtain an extra 20km/h speed. When this flap is activated on the car, the car’s aerodynamic drag is reduced, which allows the car to get more speed.

DRS is limited during an F1 race to specific points on an F1 track; however, drivers are allowed to use DRS as they wish during qualifying sessions.

In an F1 race, the drivers are only permitted to use DRS when they are within 1 second behind another car, so not restricting the use of DRS in qualifying is a massive bonus for F1 teams.

Fewer cars on a racetrack during qualifying also means less air turbulence, which is created from cars ahead on the track, making it easier for cars to reach their top speed.

An empty racetrack means that the driver can push his car to its limit and squeeze out every ounce of performance from his car that he possibly can. Cars in an F1 qualifying session also are not carrying a heavy fuel load on board, so this means that the cars are a whole lot lighter, making the car quicker on the straights and nimbler around corners.

The top ten drivers must set their fastest time in the final qualifying session, Q3, which is 12 minutes long.

In Q1, the top five slowest cars are eliminated and will not be permitted to partake in Q2 or Q3. This also includes any cars that did not set any qualifying time at all. The remaining fifteen cars proceed to the Q2 qualifying round.

Only the top ten remaining cars make it through to Q3. This final part of qualifying decides the top ten grid starting positions. The quickest car for the session is given the first place on the grid, commonly referred to as pole position.

When a driver starts his qualifying session, he leaves the pits, drives the car around the track, and returns to the start/finish line. After he leaves the garage, his initial lap is not a timed lap and is referred to as an “out-lap.”

The driver’s “out-lap” is usually a way to warm up his cold tires. After a driver crosses the start/finish line, he must set the quickest time around the track. This lap is also referred to as a “flying lap” or a “hot lap.” A driver can run several hot laps consecutively. The quickest of these flying laps are used for setting his grid position.

After a driver has completed running his hot laps, he slows down and drives around the track until he re-enters the pitlane again.

When a driver re-enters the pitlane after his hot lap, that is called an “in lap.” If the driver still has time remaining on a qualifying session, he can come out again and try to set another quicker lap time.

The qualifying session for any Grand Prix can be nearly as exciting and nail-biting as the actual race itself. Formula 1 teams are doing their best to make their cars go as fast as possible so they can get to the top grid positions without being eliminated from qualifying.

In 1996, the 107% rule was introduced, which meant that if the qualifying time for a car were not within 107% of the pole position car, the driver would not qualify for the race.

Race stewards would only permit a car to race if those cars not within the 107% rule had a valid reason for being slow, such as if poor weather affected the qualifying session. The 107% rule is still in place today, and drivers and teams must follow the rule for their cars to be placed onto the start/finish grid for the primary race.