Why Do F1 Teams Have Meetings With Headsets? 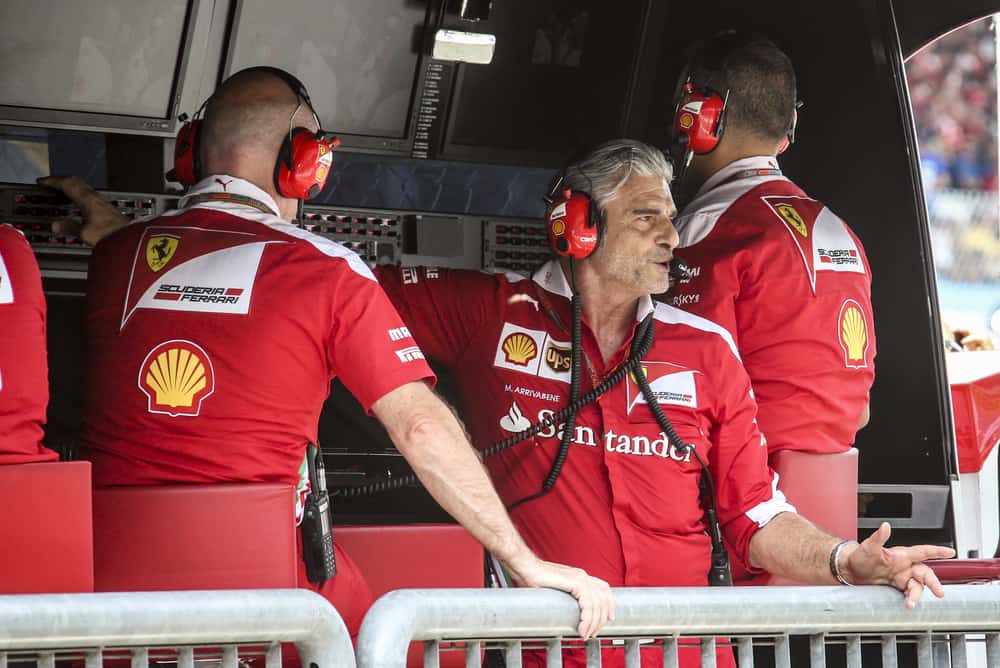 Formula 1 cars scream around the track at AVERAGE speeds of more than 160 miles an hour (260 km/h), entertaining fans worldwide, and championships are won or lost on the tiniest of margins. If it were not for the massive team of engineers (100’s of people) behind the scenes, both at the track and the factory, none of this would be possible.

F1 team members wear headsets to always stay in contact. Communication is an essential weapon for F1 teams, both at the track and in the factory back home. A few people may physically attend meetings, but wearing headsets enables everyone to participate irrespective of their location.

The leading F1 teams are great examples of excellently managed organizations. As with any company, communication is one of the keys to success. All employees need to understand the factors and available resources that influence their role in the team. When a problem arises, it’s “all hands on deck” to find a solution.

F1 teams wear headsets so that everyone can participate.

Let’s Use Mercedes-Benz as an example. As the leading F1 racing team, this organization breaks records and has won the last eight championship seasons. Communication is one of the most critical disciplines this winning organization practices.

Meetings dominate during the racing weekend and for the first few days after the team returns to the factory. Communication is vital whether they are looking for solutions to problems or are applauding and congratulating members for individual or group excellence.

During a race weekend, the driver and team principal are the “face” of the team, while the pit crew is also seen performing miracles by repairing broken F1 cars overnight or changing tires in under 3 seconds during a pit stop. What is less known is that,  simultaneously, the factory is fully staffed, monitoring and assessing the vehicle’s progress in real-time. In this regard, it is always gratifying to hear Lewis Hamilton thank the team back at the factory.

The radio unites the mechanics, pit crew, driver, race engineer, team principal, and the specialists back at the factory and enables them to remain in contact across time and space. A complicated hierarchy of permissions determines who hears what. While drivers are the public heroes of the team, it is ultimately the collaboration between all these professionals that wins the race.

During a race weekend, the team at the track will hold strategy sessions at the track in the team motorhome. Although only a few people physically attend the meeting, the rest of the staff in the factory, at the paddock, and around the world wear the headsets and can participate remotely.

They cover many issues, including looking at the race stats, any modifications or settings that need to be made to the chassis and power unit, tire degradation, the focus for the session, and how they can better compete against their competitors. It is not overstated to say that there is a lot to cover! If performance is not competitive, the team at the track and in the factory will work through the night to improve the situation.

It’s a collaborative effort and a chance to bring together all the learning, feedback, and viewpoints from a hectic session. Meeting in one room is not physically possible, so headsets with live, real-time connections are used.

Staff is encouraged to ask questions and make suggestions. Everyone’s voice has value, and each person’s contribution is acknowledged and considered.

How Does The F1 Team Headset System Operate?

A Formula 1 team’s radio and headset system plays a crucial role in bringing all the teams’ diverse resources together. They provide an immediate ability for the team to communicate with the driver piloting the F1 car, which costs hundreds of millions of dollars.

Radios and headsets enable the driver to talk about conditions on the track, ask for solutions to a problem, or for the team to send instructions to him. All the disciplines (Engine, Chassis, Tire Aero, Marketing, IT systems, Strategy, and Management divisions) have headsets that integrate. These provide many more channels enabling different divisions to talk to each other.

The conversation is tightly controlled, and individual team members hear different things on their headsets and can speak on their own designated channels. All the team members responsible for a specific car can listen to their own car’s driver (remember, each team has two racing cars), their colleagues, and the pit crew.

During the formation lap, team radio broadcast on the headset is only allowed in specific conditions, for example, if the car is damaged or there is a particular danger to the driver.

After the formation lap, the rules that govern F1 radio use have changed. There is no restriction on what a team can say to the driver in today’s races; this is very useful as teams can coach their driver through many situations, whether it is to reduce tire degradation, fuel consumption, or brake wear. They can also discuss Strategy and keep the driver fully informed of his main competitor’s situation and whether he needs to adjust his driving to remain competitive.

Drivers are not allowed to communicate with other drivers, even their teammates. If a driver wants his teammate to take a specific action, he must negotiate this through his engineer and the team principal.

What Is The Impact Of F1 Headsets For An F1 Team?

Remember the science fiction series Star Trek and the iconic phrase “Beam Me Up, Scotty”?

The crew used to talk into little communication devices and could speak to anyone they needed to, whether on a planet or in the starship Enterprise, with Scotty complaining that the engines “Can’nae take any more, Captain!” They never needed to look up the contact details.

When this series first aired, the technology seemed so far in the future that it was just that, science fiction.

Headsets worn by F1 team members effectively realize the old Star Trek dream. They are a little bulkier than their Hollywood counterparts; however, they provide a seamless method of communication with anyone in the paddock, on the track, in the factory, or anywhere else in the world. With digital technology, not only is a communication made simple, but the contact is also immediate, and fidelity is crystal clear.

As you can see, F1 teams have meetings with headsets. They are essential tools to coordinate all the different departments and manage the many variables which occur in every race weekend.

Everybody who is a part of the team, whether in the debrief room, elsewhere in the paddock, in the factory, or globally, needs to participate in these important team meetings.

The ubiquitous headset that we see all team members wearing enables this to happen.

Louis Pretoriushttps://onestopracing.com
Previous article
What Are F1 Tires Made Of?
Next article
Do F1 Drivers Trail Brake?