Why Does F1 Only Use Pirelli? 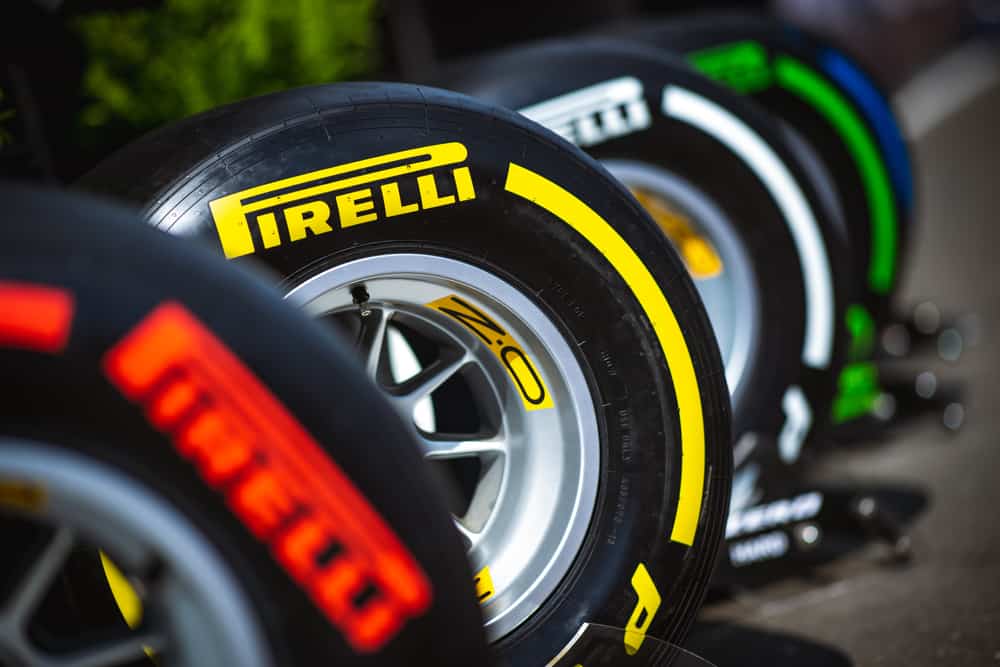 Formula One only uses Pirelli tires and has done since 2010. This is due to continue till at least 2024.

Pirelli has an exclusivity agreement with Formula One that means they are the sole supplier of Formula One tires. They do this because it is an agreement that benefits both companies. Formula One previously has had lots of different tire manufacturers, but they currently only use Pirelli.

Pirelli has this agreement, and it doesn’t look like that will change, but why exactly do Formula One teams only use Pirelli when there are other tires manufacturers like Michelin and Bridgestone?

Why F1 Only Uses Pirelli Tires

This is because Pirelli has an agreement with Formula 1 that they are the exclusive tire producer for Formula One. This agreement began in 2011 and has recently been extended through the 2023 season. It shows that the two have a long-term commitment to each other, and Pirelli’s tires won’t be going anywhere in a hurry.

Pirelli was one of the initial tire manufacturers when Formula One started in 1950 and remained in the sport until 1958. In the 1981 season, Pirelli returned to the Fittipaldi, Arrows, and Toleman team. Pirelli left the sport in 1987 but returned just two years later for a three-year stint in Formula One.

Pirelli returned to Formula One in 1981 and became the tire provider to all Formula One teams for the first time in their history. The main reason for Pirelli being the exclusive manufacturer is their willingness to produce many faster-degrading tires than previous manufacturers. Formula One wanted to increase the amount of tire wear so that it produced more exciting racing.

Who Used To Provide Tyres In Formula One?

Pirelli does have the record for being the sole supplier for Formula One for the most races, currently sitting at 210 races, with that number continuing to increase. Pirelli has an agreement with Formula One to continue providing tires to Formula One until at least 2024.

Could Any Tire Manufacturers Return To F1?

One of the major tire manufacturers across the world is Michelin. The company was a part of Formula One from 1977 to 1984 and from 2001 to 2006. Considering their increasing success in the 2000s, Michelin was interested in returning to Formula One in 2020. But the problem for Michelin is that Formula One was still racing with 13-inch tires back in 2019 when Michelin proposed their return. Michelin claimed they had no interest in producing F1 tires because it “has nothing to do with the real world.”

The other company that was previously in a position to compete with Pirelli is Hankook. Hankook is a South Korean tire manufacturer that has replaced Michelin to become Formula Es exclusive tire manufacturer for the 2022 season onwards. Hankook was initially the main rival to Pirelli when Formula One decided who should have the contract to produce F1 tires from 2020 onwards.

Hankook had never previously been in Formula One but has experience in motorsport thanks to involvement in the DTM and FIA European Formula Three championship. Still, Formula One decided to continue with Pirelli producing the new 18 inch tires from 2021.

Why does F1 only use One tire manufacturer?

Before 2006, the Formula One offseason included what was affectionately known as the tire war. This was different tire manufacturers trying to negotiate with teams to become their manufacturers. Most of the time, this competition was between two or three teams, but it has previously even been up to six manufacturers competing to sign different teams.

This tire war was ended back in 2006 and was ended by regulations introduced by the FIA. One of the reasons for this was to attempt to reduce costs as best as possible. If teams had free choice of tire manufacturers, the teams with big budgets could go for manufacturers that would produce different tires for every weekend.

The major problem with this would be that the top teams would get good tires, while the lower down teams would not have been able to afford these same tires. Top teams could go for tires produced by Goodyear and Bridgestone, which were at the front of the grid, while other teams had to settle for Dunlop or Michelin, which tended to be cheaper and were more commonly found on teams at the back of the grid.

It was a smart rule introduction, as giving everyone the same tires means the racing is a lot closer. The changes in tire regulations came after Ferrari’s huge dominance and were aimed to reduce the gap between the back of the field and the front of the field.