Why Does Formula 1 Race Twice In Austria? 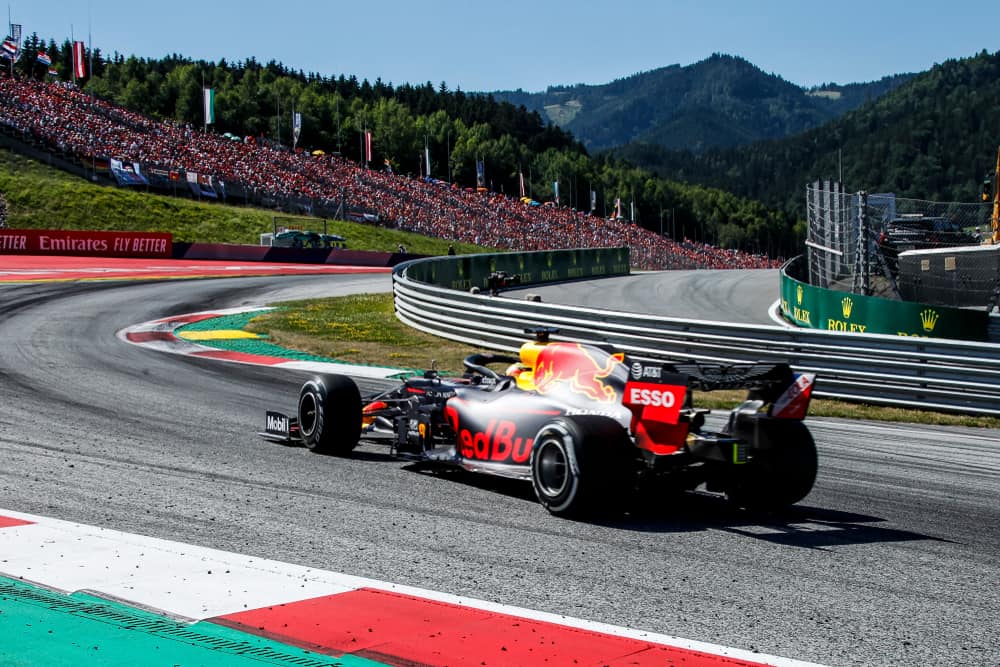 COVID-19 has been had a horrific effect on the world. It has bankrupted firms, caused many people to become unemployed, and in many cases, homes have been lost, and people have been put out on the street. No one has escaped, whether it be the airlines who furloughed staff and pilots, Hotel groups, cruise lines, Oil & Gas Drilling, Insurers, and so many more.

Formula 1 has been unable to escape the ravages of the virus. In 2020 the racing season started late, and many of the events outside of Europe had to be canceled. In 2021 Britain was not allowing travel to Turkey; the Turkish Grand Prix was postponed to October, resulting in two events being held in Austria.

In 2020 and most of 2021, Formula One managed to hold a reduced number of races; however, they were subject to very stringent safety protocols, which allowed no spectators to attend, all interviews being held at a safe distance apart, etc.

Restriction On Travel Resulted In Two Formula 1 Races In Austria

COVID forced all the F1 plans to change in the first part of the 2020 Formula 1 season. After a McLaren mechanic tested positive for the virus just before the first race of the season in Australia, The Australian Grand Prix in Melbourne was immediately canceled.

After that, Formula 1 rearranged its schedule to concentrate the Formula 1 races around Europe, limiting the amount of travel the teams needed to do.

Many European circuits also had to cancel their events due to the virus spreading into their countries.

In 2020 F1 ended up trying to run 15 races. In the end, they managed to arrange a respectable 17 races in 12 countries. Formula One made history when they ran the Austrian Grand Prix and the Styrian Grand Prix at the same track on back-to-back weekends. In the history of the sport, this was unique.

The amended schedule looked as follows.

In 2021 the Pandemic had started to ease slightly, the vaccines were being rolled out, air travel was beginning to open, and in some countries, restrictions regarding open-air gatherings were starting to be relaxed.

Some countries, however, still closed their borders, and races in those regions were still canceled. Countries in which Formula 1 races were canceled included.

The planning was eased somewhat with the reintroduction of Formula 1 competitions being reinstated at the Zandvoort circuit in the Netherlands and the Hungaroring circuit in France.

The originally scheduled dates for the Turkish Grand Prix were between the 25th – 27th of June 2021.

Before the due date of the Turkish race, the number of COVID infections significantly increased in Turkey, which forced the United Kingdom and other countries to impose travel bans on Turkey.

F1 needed to quickly decide to postpone the Turkish Grand Prix to the 8th – 10th of October and replace the original June dates with another circuit.

As the original schedule called for the Austrian Grand Prix to be run on the weekend of 2nd – 4th July at the Red Bull circuit, it made sense to hold the now postponed Turkish race in Austria on the 25th – 27th of June.

F1 ran both races at the same Red Bull circuit in Austria; however, each was assigned a different name to keep the races distinct.

The name of the Styrian Grand Prix is taken from the state (Styria) in Austria, in which the Red Bull track is situated.

Running two Grand Prix’s at the Red Bull circuit was good news for Max Verstappen, who won both races. The track was less suited to the Long Wheelbase Mercedes, which struggled to stay in contention.

The result was that Max Verstappen reclaimed the lead in the championship title, with Lewis Hamilton only catching up a matching tally of points in the last four of five races.

Considering that Mercedes achieved a one-two result in the Turkish Grand Prix, which was eventually held from 8th to 10th October, one wonders if the change to two races at the Red Bull circuit was not the deciding factor that swung the championship in Max Verstappen’s favor.

If there are no outbreaks of new mutations of the COVID virus, and if infections remain low, the regular timetable of races in 2022 will apply. The 2022 Formula 1 timetable is shown in the following table.

Formula 1 Grand Prix races have been held over two consecutive weekends in Austria for the last two years. The reason for this schedule anomaly was only because of the COVID virus and F1’s attempts to keep the competition running during the Pandemic.

Louis Pretoriushttps://onestopracing.com
Previous article
Why Do All Formula 1 Cars Look The Same?
Next article
27 Facts About George Russel You Didn’t Know