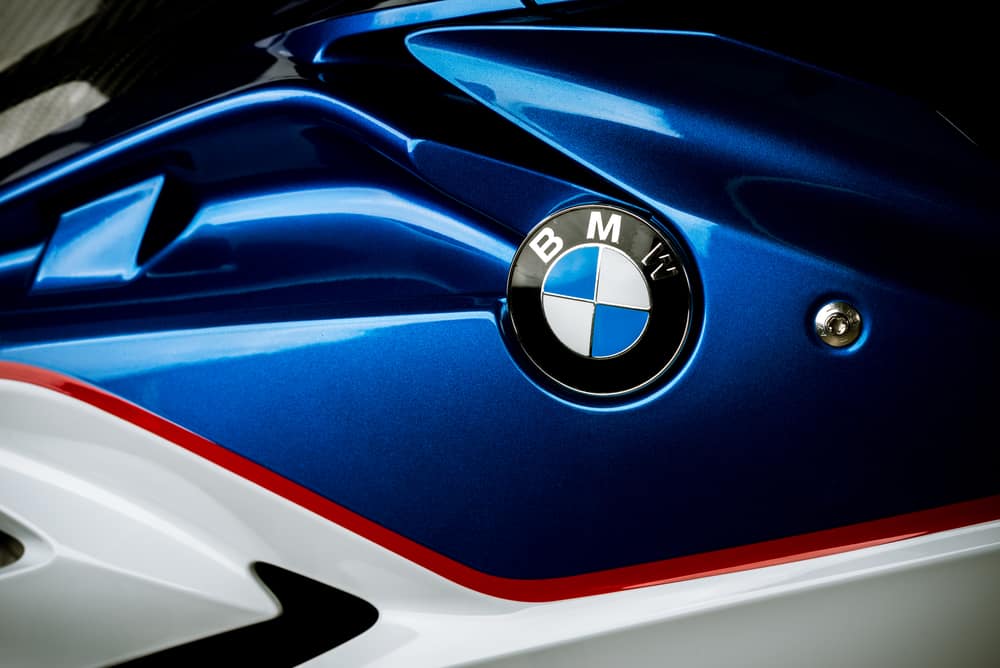 When it comes to high-performance machines and top-class engineering, it’s nearly impossible to exclude BMW from the best motorbike designers, but why isn’t there a single high-performance BMW bike in the MotoGP? BMW has been competing in various motorbike competitions worldwide, so why not the MotoGP?

Although there are various speculations, the previous CEO of BMW Motorrad (Stephan Schaller) only mentioned that the ends don’t justify the means when investing recourses in the MotoGP. It made more sense, ‘business-wise,’ allocating their time, energy, and money elsewhere.

As usual, it’s never truly one reason that causes a significant company like BMW to exclude themselves from one of the biggest motorbike racing competitions in the world, but a collection of issues and obstacles. Let’s start by looking at why BMW is not competing in the MotoGP and whether they might change their minds in the future.

What Are The Reasons For BMW Not Competing In MotoGP?

The previous CEO of BMW Motorrad, Stephan Schaller, has mentioned in various interviews that he was not interested in competing in the Moto GP as it didn’t make sense from a business point of view for Motorrad. Now, before thinking about the publicity and exposure of the MotoGP that can possibly increase revenue, it’s important to know the following about Stephan Schaller.

Stephan Schaller has been responsible for a 60% increase in sales since he started as the CEO in 2012 and had seven best sales years in a row. Motorrad, under the management of Stephan Schaller, has not been affected financially by its exclusion from the competition and continued to grow despite it.

Presently, Stephan is no longer in charge of Motorrad as he is interested in new projects and challenges. When asked about his decision to avoid competing in the MotoGP, he mentioned that their vision at the time was to reach a broader racing audience with more variety which they have successfully achieved/done.

Stephan felt that spending money on more competitions of a different nature and stature would yield a wider customer reach instead of only spending those recourses on one or two races in the MotoGP.

It’s crucial to remember that the type of bikes that compete in the MotoGP are designed and built as advanced racing machines and require engineers who can build them by hand.

Although you can auction off these advanced hand-built bikes, you can’t manufacture them for a large group of interested buyers, meaning you won’t ever really get your money’s worth when selling them.

Many companies invest money in the competition due to the massive exposure and opportunity to showcase their engineering prowess to convince viewers to purchase their factory bikes. Still, BMW Motorrad, Stephan Schaller, did not deem it necessary.

Did BMW Compete In The MotoGP In The Past?

BMW has a rich history of racing competitions and a successful winning rate. Back in 1924, the R32 boxer motorbike was the first successful win for BMW, and they continued to win numerous titles, including Superbike Championship, Dakar Rally, Senior TT, and many more.

However, the MotoGP projects have not been fruitful and were often a ‘touch and go affair for BMW. One of the most popular projects was the ‘Suter BMW CRT Race Bike’ designed by Eskil Suter and equipped with a modified BMW S1000RR machine.

The famous racer ‘Danilo Petrucci’ collaborated with ‘Ioda Racing’ and competed in the MotoGP with an Aprilia bike but decided to switch to the Suter BMW bike in 2012 at the start of the second season.

Although it was the start for Danilo in the MotoGP and BMW wasn’t a match for the hand-built competitive machinery of Ducati, Honda, and Yamaha, the results were respectable, and Danilo reached eleventh place at the Circuit de Catalunya and ended fifth in his class.

Unfortunately, BMW has not had much success with MotoGP projects, as there have been rumors on more than one occasion that the engines were not strong enough. Once BMW designed a 990cc triple bike prototype that had to be canceled when MotoGP changed the engine capacity to 800cc. However, the CEO, Hendrick von Kuenheim, felt that it wasn’t a complete waste, and they learned from their engineering and design mistakes.

The well-known racer ‘Colin Edwards’ was also quoted saying during a competition that he didn’t like the Suter BMW bike’s performance and that his expectations were not met.

Due to the MotoGP projects mostly being an advanced engineered venture, BMW cannot fully take responsibility for any deficiency in power and control. Nevertheless, BMW’s MotoGP history is filled with trials and errors with little success.

Will BMW Compete In MotoGP In The Future?

Besides the unfortunate history of BMW competing in MotoGP and Stephan Schaller’s previous choice of not investing in it, long-time BMW manager and current Motorrad CEO Markus Schramm mentioned that MotoGP is always a topic of discussion among the managers. Still, a final decision proves difficult as not everyone is on board.

Prominent names in the car manufacturing industry like Herbert Diess, Hendrick von Kuenheim, and even the late Karlheinz Kalbfell were all keen on BMW competing in the MotoGP. Still, they were stopped by the general car manufacturers and leaders responsible for BMW.

MotoGP is a major race that provides great opportunities and exposure. Still, with BMW’s history, and the recourses it would cost to implement a successful project, a failed attempt might only do BMW’s brand more harm than good. As the sports racing division needs clearance from the major manufacturers, an agreement to compete seems unlikely.

However, BMW is still a significant supporter of MotoGP and has been providing safety cars since 1999. As part of the proud tradition and partnership, BMW will release new sports car models as safety vehicles in the 2022 MotoGP competition, including the ‘BMW M 1000 RR Bike.’

So, although the primary decision makers of BMW don’t see eye to eye on competing, they are proud supporters of the race and continue to provide the vehicles to perform safety duties.

BMW has an impressive history of competing in racing sports worldwide, but due to its racing history with MotoGP and the potential cost of a new project, they have been staying clear of competing in it. Although some of the managers are interested in competing, the leading manufacturers and leaders of BMW are not all on the same page, making a decision impossible.

Louis Pretoriushttps://onestopracing.com
Previous article
Why H2R Is Not Used In MotoGP?
Next article
How Do MotoGP Riders Qualify?