Why Is F1 Not Popular In The US? 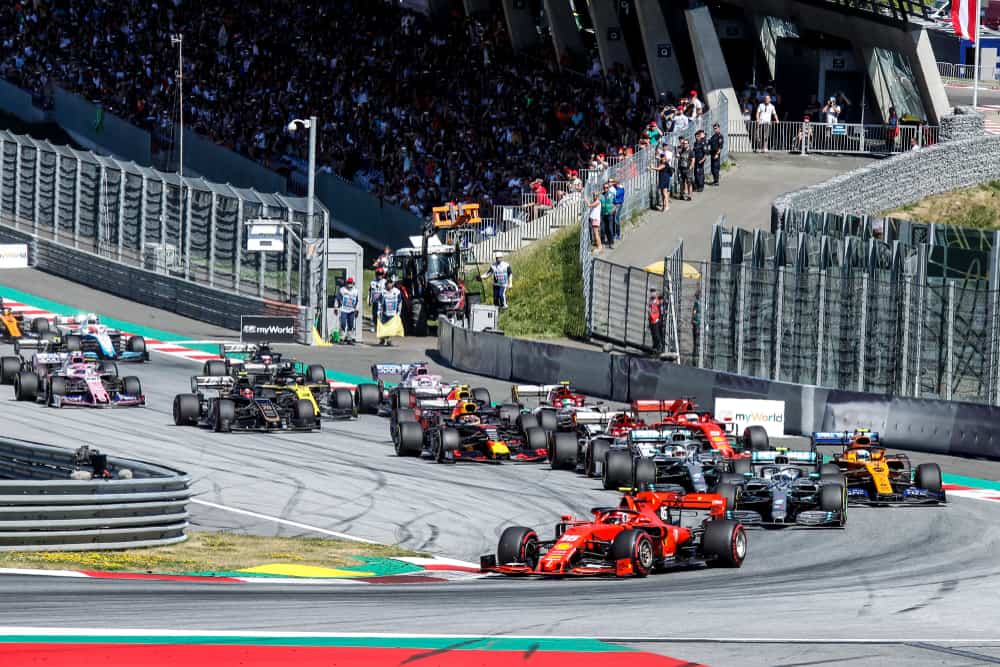 F1 has become one of the most popular sports globally but has consistently struggled to win over the US, but why exactly is F1 not popular in America?

The main reason F1 is not popular in the US is because of tradition and culture. F1 emerged in Europe in 1950 when a wide variety of motorsports were born in the US, causing a divergence of interests and exposure over the years.

However, it is not a simple question, so in this article, we will analyze the context and the situation in-depth and how F1 intends to face this challenge.

How Was Racing Conceived In Europe And In The USA?

There is no better way than starting with history to understand the current situation fully. After World War II, it was in the 1950s and 1960s that motor racing began to emerge in both Europe and the United States. Still, there was a different vision of racing in each continent, which would give rise to a divergence that would continue over the years.

In Europe, manufacturers like Mercedes, Ferrari, and Alfa Romeo began competing for engineering supremacy by creating modified cars built for on-track performance. This led to very spectacular and eye-catching sports cars created primarily for racing, usually single-seated and out of reach of most people.

However, in America, races were conceived differently. During Prohibition in the decade of 1920s, when alcohol was banned, among other things, bootlegging drivers emerged, who used small and fast cars to escape the police.

The repeal of Prohibition in 1933 left these drivers without some of their business, so they began to compete with their cars to make some profit. Stock car racing, where ordinary people raced with average cars, soon became more popular, with NASCAR being created in 1948.

This caused manufacturers like Ford and Chrysler to have different philosophies of racing than those in Europe. They used average cars that, with time, changed more and more to enhance performance and safety, leading to modified racing machines with the same stock body as middle-class people bought.

How Has Racing Evolved In Europe And In The USA?

A rich tradition and variety of racing emerged in both the US and Europe. While in Europe, road circuits and Formula 1 gained more popularity and importance, in America, NASCAR and oval circuits did, and later IndyCar.

Most of the Formula 1 races were in Europe, while the majority of the race competitions of the United States were in their own country. This made that the majority of F1 fans were European. In contrast, most NASCAR and IndyCar were Americans since, in addition to being what they were exposed to in the media, the time differences also made it difficult to watch the races from the other continent.

Furthermore, Formula 1 in Europe has had a greater degree of professionalization and competition. It has always been a more elitist and more expensive sport than those that emerged in America. That is why it is common for many European drivers to have a familiar background in motorsports.

Why Are There No American Drivers In F1?

This question is more straightforward than it seems. It’s a matter of numbers. As in Europe, there are many more academies and young driver programs that are focused on F1. This means a much higher level and competition, and it is more difficult for an American driver to get to F1.

Therefore, when you spend your youth exposed and watching these racing competitions, you want to be there when you are older and prepare yourself to be there. American kids watch NASCAR and IndyCar and want to imitate them, while European kids grow up watching Fernando Alonso and Lewis Hamilton and want to be like them.

However, there have been some American drivers in F1. The most successful has been Mario Andretti, originally born in Italy but immigrated to the United States at a young age, who won the 1978 championship and recorded 19 podiums and 12 victories for his stage in F1.

What is the plan of F1 to conquer the US?

Liberty Media, the North American company that has owned F1 since 2017, has big plans to boost F1 in the United States. Its CEO, Stefano Domenicali, said the following words:

“Our strategy in the future will be to be more present in the US. (…) It’s a work in progress. But I can guarantee to you there is now big interest in the USA with Formula 1”.

Its strategy is based on 3 main points:

Noteworthy is the popular Netflix series “Drive To Survive,” which follows the season from another point of view and makes the sport more accessible and entertaining for new fans.

In addition, Liberty Media gave the broadcasting rights to the ESPN network, so the broadcasts of the races can be watched for free in the US. They can be complemented by F1TV, the paid service that offers more options and information about the races.

Perhaps the question should not be why F1 is not popular in the US but why it should be. As different traditions and cultures have emerged in each place, it is normal for these to prevail, like everything in life.

However, with globalization, the most popular phenomena tend to expand. That is what Liberty Media intends to do, turn F1 into a global phenomenon on a massive scale, and a key to achieving this is succeeding in the United States.

Louis Pretoriushttps://onestopracing.com
Previous article
Can F1 Be An Olympic Sport?
Next article
How Important Is Qualifying In F1