Why Is Lewis Hamilton So Good? 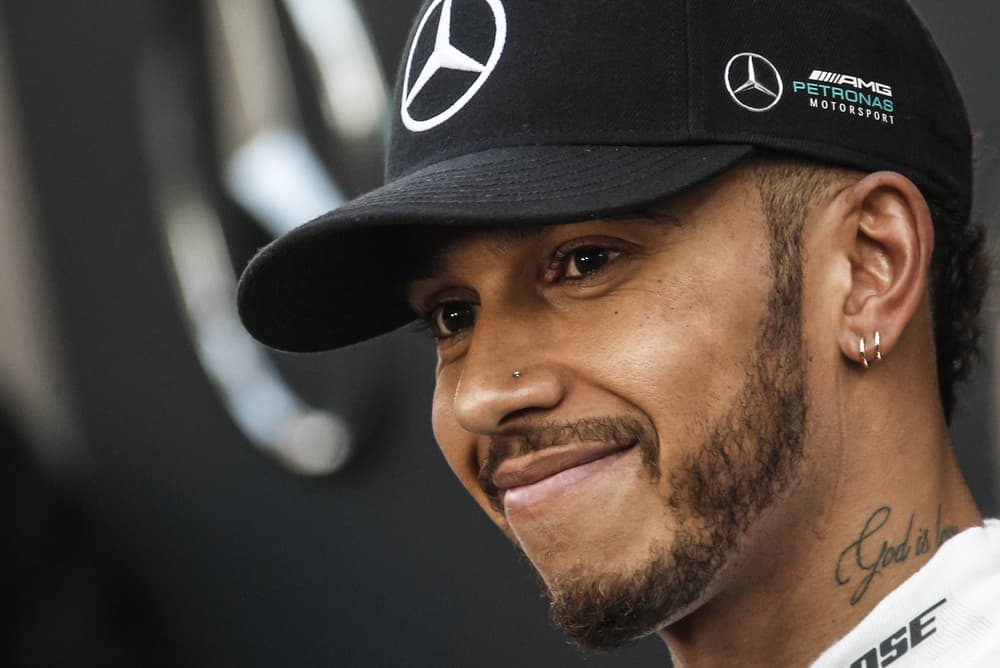 Despite controversially losing the 2021 Abu Dhabi Grand Prix, and therefore, the World Championship to Max Verstappen, Lewis Hamilton is still one of the best Formula 1 drivers ever. He holds the record for race wins, pole positions and is tied with Michael Schumacher for the most World Championships, having won 7 throughout his F1 career. He is clearly an excellent driver, but why is Lewis Hamilton so good?

Lewis Hamilton is so good because he is the complete package. He is excellent during qualifying, thrives in all conditions, and is excellent at both defending his position and overtaking. He consistently delivers in all these areas, which makes him so good, and sets him apart from almost all other F1 drivers.

Some people consider Lewis Hamilton the greatest Formula 1 driver of all time. Whether you agree with this or not, with 7 World Championships, it is clear that he is one of the most skillful drivers to ever compete in F1. But what makes him so good? Let’s look at everything that makes Lewis Hamilton one of the best of all time.

Where you start a Formula 1 race can be vital to your finishing position when you reach the chequered flag at the end of the race. Therefore, qualifying, which takes place on a Saturday, is a crucial part of the race weekend as it can play a massive role in the race outcome.

Lewis Hamilton has a qualifying record line no others. He is equally as good in the one or two-lap shootouts as in the race. He has 173 front-row starts in his career (starting 1st or 2nd on the grid) in only 288 race starts. This means that he has started on the front row in 60% of all races he has ever participated in.

Of these 173 front-row starts, 103 of them are pole positions. This is a Formula 1 record, with Michael Schumacher far behind Hamilton in second place, with only 68 pole positions. Hamilton’s number of pole positions matches his number of race wins, highlighting that he can deliver on a Saturday during qualifying and a Sunday during the race.

Hamilton Is Good at Attacking & Defending:

It is all well and good starting the race on the front row, but it is pointless if you can’t defend your position. This is not a problem for Lewis Hamilton, as he is a capable defender and always puts up a fight when other drivers try to overtake him. He can do so even when his tires are older and therefore more worn out than the car behind him.

The key to defending is positioning the car in the right place to make it very hard for the car behind you to try overtaking you. It would be best if you didn’t compromise your own lap in doing so, as this can have disastrous consequences later in the lap. Therefore, defending (and doing so fairly) is a fine art, but it is one that Lewis Hamilton has mastered.

He is not just good at stopping cars from overtaking him, though. He is equally adept at overtaking on the rare occasion that Hamilton has a poor qualifying session or has to start the race further back because of a grid penalty. He is excellent at positioning his car in the right place and putting a lot of pressure on the driver in front of him to try to force a mistake.

Hamilton is tied 9th in the Formula 1 record books for winning a race from the farthest back on the starting grid. He won the 2018 German Grand Prix after starting the race in 14th. He expertly made his way back up through the pack before claiming the victory and retaking the championship lead.

While he was significantly helped by race leader Sebastian Vettel crashing into the barriers and Valtteri Bottas being given team orders to stay behind him, it was still a great showcase of his offensive skills.

The British driver also showcased his excellent overtaking skills during the 2021 Brazilian Grand Prix. He managed to go from 20th to 5th place during the sprint qualifying. He started the race in 10th after receiving a grid penalty for taking a new power unit, but he again showed why he is a 7-time World Champion and expertly navigated the field to claim victory.

The combination of high-quality attacking and defending makes Lewis Hamilton one of the most complete drivers on the grid. This is further aided by his brilliant tire management, which helps him stay ahead or have enough pace and grip to nail an overtake.

Here is a replay of all his overtakes during the sprint qualifying for the 2021 Brazilian Grand Prix:

Here are the race highlights from the 2021 Brazilian Grand Prix:

Hamilton Performs Well in The Rain

As Formula 1 drivers are the best, they all can ably race when it is raining. Formula 1 cars can also drive in the rain without any issue, so this does not pose a problem in this regard.

However, some drivers are more confident and skillful in rainy conditions than their racing colleagues. One such driver is Lewis Hamilton, who thrives when the rain begins to fall. He can expertly navigate the treacherous conditions and put in high-speed laps throughout the race without any issues.

He even claimed his seventh World Championship during the 2020 Turkish Grand Prix in the rain. Despite starting in 6th, after a poor qualifying, he mastered the slippery Istanbul Circuit at the start of the race and continued to work his way up through the pack. He did so while many other drivers (including his teammate Valtteri Bottas) slid off the track at regular intervals, which helped Hamilton improve his track position.

The 7x World Champion’s ability in a variety of conditions is what makes him so good. A slippery racetrack does not deter him, which has helped him secure his status as one of the best F1 drivers in rainy conditions.

Lewis Hamilton has had a sensational Formula 1 career, and he is not done yet. While some claim it is all thanks to his car, it is unfair to dismiss all his achievements and records (although he has always had a good car, the best always drive the best) because he is more than just his car. He is the complete package and always delivers the goods no matter the situation. This has propelled him to his 7 World Championships and why Lewis Hamilton is so good.