Why Is The Mercedes F1 Team So Good? 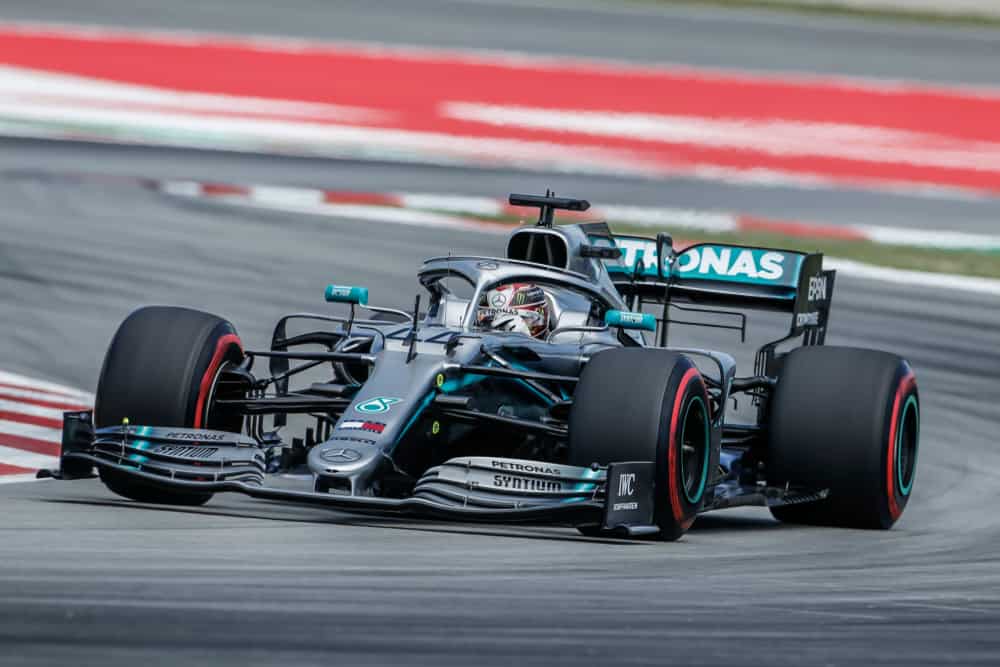 Seven constructors titles, 100 plus victories, and all possible records broken. Mercedes’s dominance of F1’s v6 turbo-hybrid formula has been nothing but emphatic. You can tell by how the German National Anthem has become the F1 theme tune as it is being played whenever Mercedes wins a race, which has been quite a lot. So it raises a question inside every Formula one fan’s mind. Why is the Mercedes F1 team so good?

As most of you would know, their domination didn’t start till the 2014 season, and the team struggled in its initial years. Their first 3 years (2010 – 2012) saw them finishing 4th in the championship. 2013 was comparatively better as they ended up finishing 2nd behind the eventual champions, Red Bull. 2014 season started the so-called Mercedes era, which continues to this date.

What caused Mercedes to dominant team in F1 since 2014?

It’s an interesting one, and it starts back in the summer of 2011 when Formula 1 announced plans to use v6 turbo hybrid engines for the 2014 season. Mercedes knew that their best hope of winning races was to build a v6 hybrid engine that would crush the competition.

Thanks to their experience building engines for the past two decades for Mclaren, they were in a brilliant position to do so. For this, Mercedes took a radical approach. Their engine headquarters at Bricsworth was used to build an engine that purely focused on maximizing

the performance, which ended up weighing 250 kilograms.

For Brackley, the team’s HQ was used to build an engine focused on maximizing reliability. This split engine approach allowed them to work on both aspects separately and create an engine to which no other manufacturers could come close.

They arrived in Melbourne at the start of the 2014 season, and the result was stunning. They were almost a second faster than their closest rivals, and no one could even come close.

5 factors that have been key to Mercedes’s success

The initial years of the team saw the lineup of a young Nico Rosberg and the returning 7-time world champion Michael Schumacher. Even though Mercedes had not produced any tangible performance, Many in the team believe Schumacher deserves credit for helping to lay the foundations and forming the hard-working, professional culture that has teed up such immense success since 2014.

After Michael retired in 2012, Mercedes then bought in a proven winner in Lewis Hamilton. The combo of Nico and Lewis proved very strong, and they won 3 championships amongst themselves. Nico left the team in 2016, and Valtteri Bottas came in acting as the perfect Number 2 for the team.

Mercedes had a unique design that neither Ferrari nor Renault had. They had a split turbo engine design where the compressor and the exhaust outlet were actually in separate parts of the power unit now in essence. To put it in simpler terms, it improves everything. Not only did it improve the cooling of the car, but this also gave them more power, made their aerodynamics better, and the car had less drag.

As the team principal, Toto Wolff has been very influential in keeping the team on the right track. His management style was very different compared to the other teams. He was very transparent with the media, fans and he did not mind criticizing and showing the drivers in their full light.

Moreover, there was no behind you know backroom board stuff. James Allison (Chief Technical Officer), Mike Elliot (Technical Director), Andrew Shovlin (Trackside Engineering Director) are all the best in their respective field and constitute a solid group.

This factor is often ignored but is more important than you think. Petronas is the company that supplies fuel for the Mercedes team, but not just that. They also provide all the fluids and lubricants for their engines.

In 2017, Mercedes achieved 50% thermal efficiency, which is huge. To put that in perspective, the average engine is lucky to get 25% thermal efficiency. If your engine is more fuel-efficient, you can either start with less fuel and be lighter than all the other cars, or you can turn the engine up, burn more fuel and make more power.

Innovations have been a key aspect that has kept Mercedes ahead of the pack for so long. Some of these include the separated turbo from 2014, the vented wheels from 2018, and of course, the Dual Axis Steering or DAS system in 2020. Innovations came about due to the risk-taking and fearless nature of the team. These gains have directly resulted in improvements in the race and, of course, in qualifying.

Will the Mercedes domination continue in 2022?

It’s fair to say the new regulations are geared against Mercedes and other teams with massive amounts of resources and helps teams with fewer resources and smaller budgets who can’t afford new developments.

History has shown dominant periods in F1 usually end with a significant regulation change like what happened to Red bull in 2013 and Ferrari in 2004.

So with the new regulations just around the corner in 2022, could we see the end of Mercedes domination? We’ll have to wait and watch.

Mercedes F1 team is a perfect storm of good engineers, good designers, strategy, drivers, and excellent leadership all put together. While it’s easy to be frustrated at them for making F1 quite predictable at times, you can’t but admire how well Oiled and stereotypically efficient this team is.

Frankly, they’re incredible and an example to any sports team regarding how it should be done. Although it is a matter of time before this dominance comes to an end, it remains to be seen how long this will last.

Louis Pretoriushttps://onestopracing.com
Previous article
How Much Does It Cost To Sponsor An F1 Team?
Next article
Do MotoGP Riders Use Tank Grips?