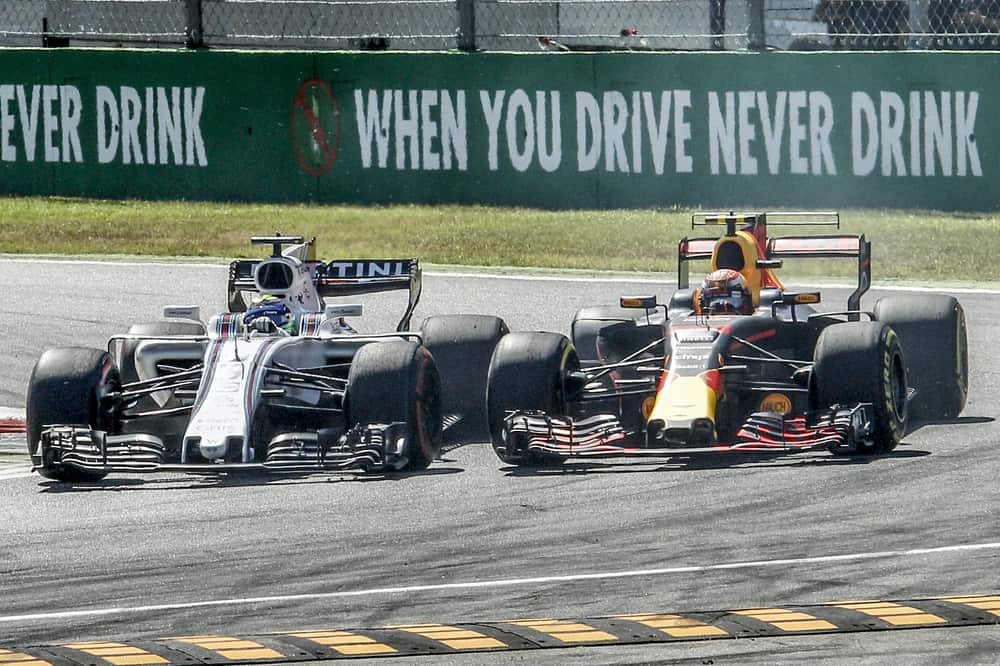 The most exciting part of F1 is the overtaking, and overtaking creates some of the highest quality racing in F1. But some tracks are better for overtaking than others. So what are the Worst F1 tracks for Overtaking?

The worst F1 tracks for overtaking tend to be tracks like Monaco, Hungary, and Spain. These tracks historically see the least overtakes during races, and this is because they are bad tracks for overtaking. This is due to various reasons, including; track layout, track width, and lack of straights.

It is not the easiest question to answer, but looking at these different characteristics of tracks can give us an idea of the worst F1 tracks for overtaking.

What are the worst F1 tracks for Overtaking?

When you look simply at the statistics, the worst tracks for overtaking over the last 20 years in F1 are Circuit de Monaco, the Hungaroring, and Circuit de Barcelona-Catalunya. These tracks consistently will only see about half of the overtakes that faster tracks like Monza and Bahrain see.

We see this trend year to year, and the circuits do not look like they are getting any easier to overtake over time. You could also include a couple of newer circuits in this, with drivers complaining about the difficulty of overtaking when racing at the Sochi Autodrome in Russia or Yas Marina in Abu Dhabi.

Why is it so difficult to overtake in Monaco?

Monaco has only averaged 12 overtakes per race, with the 2021 Monaco grand Prix only providing one overtake during the race, with Mick Schumacher overtaking teammate Nikita Mazepin on the opening lap. One overtake in a 78 lap race does not make for some exciting racing.

The main problem with Monaco that makes it difficult to overtake is how thin the track is. F1 cars are at their biggest size ever, making overtaking incredibly difficult on the narrow streets of Monaco.

The only places really to overtake are the first corner and into Rascasse. However, even these two corners are incredibly difficult to overtake. Rascasses is barely wide enough to fit two cars side by side, and year after year, we see overtakes fail at Rascasse as people hit the barriers or other cars.

The first corner has two main problems. The first being that while it is wide on entry, it squeezes and gets very tight as you go up the hill towards Beau Rivage, making it difficult to stick an overtake. The other reason is that the pit straight isn’t long enough to make an overtake stick before turn 1.

The straight-up to Sainte Devote is only 470 meters. This seems like a lot, but another one of F1s street circuits, Baku, has a straight of 1200m. This encourages lots of overtakes and makes it very difficult to overtake in Monaco

Why is it so difficult to overtake at the Hungaroring?

Firstly, because of the high downforce levels required, cars are suited towards this. Increasing the downforce of an F1 car means it much decreases the top speed. This is something that is changed between tracks. High downforce levels create low top speeds, which is the case at the Hungaroring.

The main part of an F1 track that induces lots of overtakes is heavy braking zones. For Hungary, these only really include turn 1 and turn 2, where we see most overtakes.

Hungary has two DRS zones, which are crucial to overtaking, but having a track with such high levels of downforce means that cars do not reach the high speeds they may do in Monza or Baku. This makes overtaking much more difficult.

Why is it so difficult to overtake in Yas Marina?

The Yas Marina circuit is one of the more unique examples of a difficult track to overtake at. It seems like it should be great for overtaking, with a wide track and long straights, Yas Marina should produce exciting racing. However, the track is not designed for great overtaking.

Another major part of the difficulty in overtaking is tread wear. Tires wearing down faster makes overtaking easier, as people who manage their tires better have a considerable pace advantage over those who don’t.

How do the new 2022 rule changes affect overtaking in F1?

There were two major goals that F1 wanted to achieve when making the changes to cars for 2022. The first, of course, is controlling spending and trying to reduce the gap between the big-spending teams at the front and the midfield, bringing more exciting racing.

But the rule changes are also being brought in to increase overtaking. With F1 cars being at their biggest at the moment, it creates two problems that decrease overtaking. The first is that there is less space on the road if the cars are big, making overtaking incredibly difficult at thin circuits like Monaco.

Making the cars smaller means that overtaking should be easier. F1 cars being incredibly big also creates a lot of turbulent air. Air that has been recycled through an engine already is not very good for the performance of an F1 engine. So with more turbulent air being created from these bigger cars, it has never been more difficult to follow a car than it is this year.

Smaller cars bring less turbulent air, making it much easier to follow a car. This makes overtaking a lot easier, as you can follow a car for longer and set up the battery correctly for an overtake.