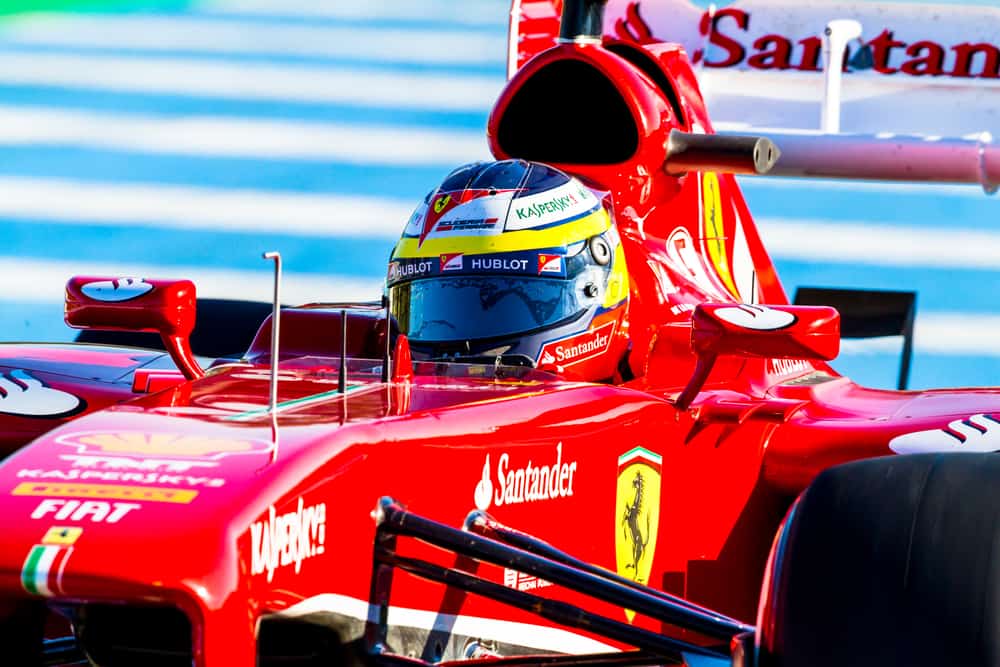 Formula 1 contracts are complicated things. They’re a driver’s lifeline in the sport and are often the subject of much debate and contestation amongst drivers and fans alike. While contacts are legally binding and are signed by the drivers after lengthy negotiations, you sometimes see drivers moving teams while still under contract. This left me wondering; can F1 drivers break contract?

There is a lot to discuss regarding Formula 1 contracts, even though the details are often kept a secret from fans. There are multiple instances where drivers can break their contracts, but teams also can terminate a driver’s contract. There is a lot to look at, so let’s jump straight into it.

Formula 1 drivers can break their contracts, but it isn’t as simple as waking up one morning, deciding they want to leave, telling their team that, and being released from their contract. Several procedures need to be followed, or specific circumstances need to be in place for the contract to be broken.

There are three primary ways drivers break their contracts, and we’ll get into them in some more detail in the coming section:

1. Via a termination clause.

2. Through their contract being paid out (usually by another team).

Breaking A F1 Contract Through A Termination Clause

Some Formula 1 drivers’ contracts contain termination clauses based on their team’s performance. According to the Italian news outlet, La Gazzetta Dello Sport, Ferrari driver Charles Leclerc is one such driver who has a contract like this. They report that if Ferrari fails to finish in the top 3 in the Constructors’ Championship, then the Monegasque driver will be able to terminate his contract without any penalties.

He will obviously not receive a salary from Ferrari once he does so and will then be free to move to another team and negotiate new terms with them. The idea behind such clauses is to ensure that a driver is not locked into a team giving them a bad car to compete with. However, it is usually only relevant in teams competing near the top of the field, as the best drivers ultimately want a car capable of competing for race wins at the very least, and it is much easier for them to set goals like this.

However, this is not extremely common and is often kept a secret by teams. It’s also up to the driver themselves because if they’re happy with their team, they might stay with their current team despite not meeting their initial expectations.

Drivers can break their contracts without a termination clause, but this will be a financial cost. In cases like these, it usually is because another team has offered a driver a contract, and they want to move to this team. What will usually happen then is that the new team (usually a bigger, wealthier team) will negotiate with the driver’s current team and come to an agreement regarding adequate financial compensation to terminate the contract.

The driver is essentially bought out by another team that seeks their services. It’s typically in the best interests of the ‘selling’ team to let the driver leave because if the driver has their heart set on a move, then it would be foolish to force them to stay. When a driver intends to join another team, either for money or the possibility for success, it is hard to ensure that they’re motivated or giving their best on the track, so it is better to allow them to make the move.

The best recent example of a driver breaking their contract was in 2017 when Valtteri Bottas moved to Mercedes from Williams to replace the recently retired Nico Rosberg. Rosberg retired days after he clinched the World Championship on the season’s final day, which left Mercedes in a bit of a pickle, as they needed to find a new driver at short notice. They turned to Bottas, who was contracted to Williams for that season, which meant that team-principal Toto Wolff had to negotiate how much Mercedes would pay Williams to release Bottas from his contract.

In rare instances, an F1 driver’s contract can be broken through mutual consent. This is when the driver doesn’t necessarily have an offer from another team, and his current team is happy to let him depart without financial compensation. This might be because the driver is unhappy with their current team and/or their team isn’t satisfied with their performances. The two parties might come to a suitable agreement to mutually terminate the contract and allow everyone to move on in their lives.

It’s not only F1 drivers who can break their contracts, as teams can also terminate drivers’ contracts. An excellent example of this was during the 2020 season, where Sergio Perez, who had agreed to a deal with what was then Racing Point for the 2021 season, had his contract canceled. Racing Point, now Aston Martin, wanted to sign 4x World Champion Sebastian Vettel after Ferrari chose not to renew the German’s contract.

To have terminated Perez’s contract, Racing Point would’ve had to fulfill its financial obligations set out in the contract. Perez was under contract for 2021, so they would’ve had to pay him his salary for the year, plus whatever else the two parties agreed on. Perez would have likely taken as much as he could’ve, given that he was not keen on leaving the team and was forced out the door to make room for Vettel.

However, it usually does not make financial sense for teams to cancel a driver’s contract, as they typically pay them out of their contract. This means that they have already paid a driver who is no longer racing them on top of signing a replacement driver. Essentially, they’re paying three drivers, but only two will race for the team.

As a result, teams often prefer to keep drivers on short-term one-year contracts, especially if they are the ‘second driver.’ This gives teams much more wiggle room in terms of replacing drivers, as they can opt not to offer a driver a new contract and let them leave at the end of the season without any financial compensation. However, this isn’t favorable for drivers as it does not offer them financial security. They always have the potential to be replaced the following season without it costing the team anything.

The reverse is that when drivers are on one-year contracts, they can’t be tied down to a team and have much more freedom to move. This is particularly beneficial for talented drivers who have the potential to drive for a title-winning team. They will often start their F1 careers with a team at the back of the gird, but their ultimate goal is to race for a top team, so having a short contract ensures that they won’t be locked into a bad team when an offer from one of the big team’s lands on their desk.

Teams can also terminate a driver’s contract if they breach specific terms laid out in it. This will usually be something related to misconduct, gross negligence, or insubordination. These types of offenses bring the team’s name into disrepute and/or cause a breakdown in the working relationship with the driver. In instances like these, the driver will usually not be compensated financially.

Formula 1 drivers can break their contracts via an agreed-upon termination clause through their agreement being bought out and via mutual consent. Teams can also terminate a driver’s contract, but if they do so, they usually have to pay the driver the full salary they would have received had they remained for the length of their contract.

Louis Pretoriushttps://onestopracing.com
Previous article12 Facts About Sergio Perez You Didn’t Know
Next articleCan F1 Drivers Talk To Each Other?