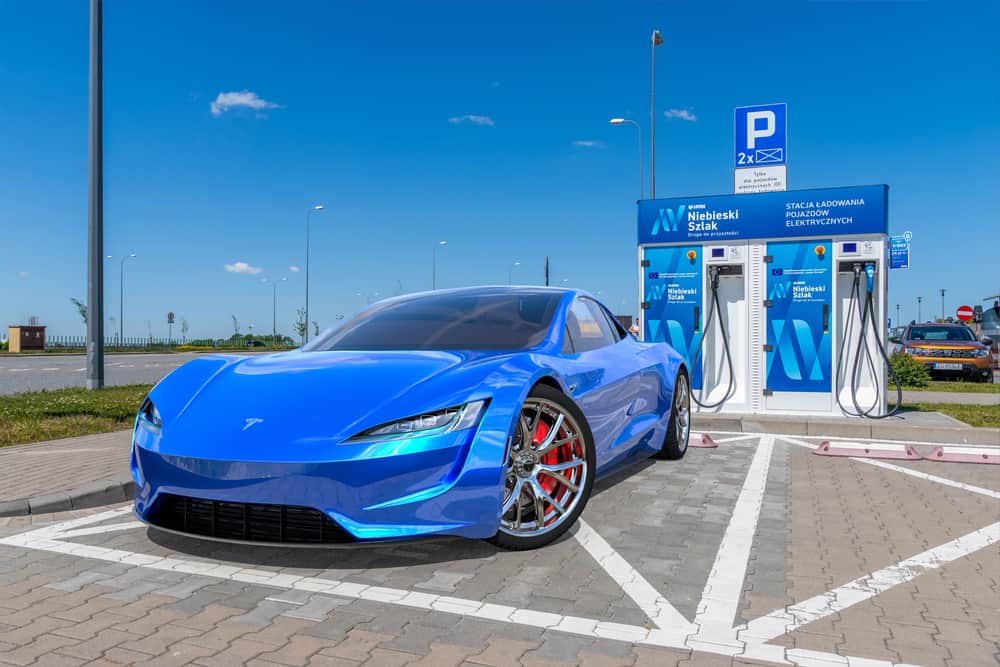 With an example of the Tesla Roadster floating through space, the new version two of the model is predicted to have similar out-of-this-world performance. Not only will it offer acceleration levels that are almost impossible to imagine, but it will also have a range that is superior to almost all current internal combustion-powered cars.

If all of this comes to pass, it will redefine the hypercar concept, which will now be super fast and produce no harmful emissions. The driver can also sit back and let the car autonomously drive to the destination.

Which Is Better, Tesla Roadster Or A Formula 1 Car

This article provides a real-world comparison between the yet-to-be-sold Tesla Roadster and a Formula 1 Car.

Tesla has announced that the second-generation Tesla Roadster is to be put into manufacture in 2023, and subject to this happening, it will become the fastest road car available globally, and based on the predictions made by Elon Musk, it will have comparable performance figures to a 2022 Formula One Car.

When comparing the two completely different vehicles, it is fun to compare only the headline figures and then arrive at a simplistic idea of which is the better of the two vehicles.

Some of the comparative figures have been difficult to source because the Tesla Roadster has not been released to customers yet.

Which Has The More Powerful Engine?

For comparison purposes, the 2022 Mercedes W13 car has been chosen because, based on its 2022 performance, it represents the average Formula One car, not the fastest or slowest.

The power units installed in each of these vehicles are as follows.

The engine specifications of the Tesla Roadster have been translated from the typical power measurements quoted for electric motors to help provide a like-for-like comparison.

The Mercedes W13 specifications are.

The car is powered by three “engines,” as follows.

The estimated horsepower produced by the three engines is

The total from all three units is estimated at 950 hp.

The 2022 Formula One regulations require that Formula One cars cannot weigh less than 1,760lbs (798kgs). Therefore, the cars have a power-to-weight ratio of 0.54 to one lb.

What Is The Performance Difference?

The performance of each car is detailed below.

The Tesla Roadster is an electrically powered, all-wheel-drive,4-passenger, 2-door coupe.

The Tesla Roadster performance specifications are detailed in the table below.

The W13 performance specifications are detailed in the table below.

How Does The Handling Compare?

The table below provides this comparison.

How Does The Safety Of Each Car Type Compare?

The safety systems on each car are shown below.

How Comfortable Is Each Car?

To make the comparison of the two cars easier, the following summarizes each of the relevant metrics.

Which Is The Easier Car To Work On?

If you are looking for a true comparison, another consideration is how easy or difficult the different car types are to work on.

Tesla has a policy that only the company or its authorized outlets are permitted to work on Tesla cars.

While the engine is much simpler than a conventional internal combustion unit, there is significant complexity with the battery, which is installed in the underfloor area of the car.

The general rule is that if a battery becomes damaged or stops performing optimally, it must be replaced at a considerable cost.

The suspension and braking are conventional systems and can be fixed outside of Tesla (however, this may invalidate the warranty.

Formula One cars are very complex.

During a typical racing week, they are

Similarly, the race teams can remove and replace a front nose unit in under ten seconds.

If there is a major accident before the race and the car is substantially damaged, some teams have been known to completely rebuild it, replace the engine and bring the aerodynamics back to spec before the next day.

This repair would take weeks, if not months, to fix any TESLA with a similar level of damage.

Of course, it helps that there are more the 20 qualified engineers ready and in practice, with specialist equipment and a complete supply of spare parts to achieve these little miracles.

Some teams have taken the first twelve races to understand how to influence aerodynamics and reduce the problem.

How Useable Is Each Car?

Each of the cars is designed for a specific use. While the Tesla Roadster mark two has a wider range of capabilities, the Formula One car is a laser-focused, one-dimensional tool built to win Formula One races and nothing else.

The Tesla Roadster is designed to carry four people comfortably at high speeds and acceleration levels. All of this will happen in serene quietness with no intrusive noise.

The occupants will enjoy a completely digital entertainment system and can watch on-demand video channels while on the move.

The Tesla semi-autonomous driving system, which may have finally been released as fully autonomous by the time the Roadster is released, means that the driver will have the choice of controlling the car or sitting back and watching the movie.

With the state of the planet and global warming, once the Tesla Roadster has been manufactured, the ecological cost will be significantly less than a formula one car.

The Formula One Car

Formula One cars can only be driven on specially prepared F1 racing tracks.

They must be transported to the track, assembled on-site, and a full support team is needed to ready the car, strap the driver in, and even start it.

How Much Does Each Car Cost?

All the cars featured in this comparison cost an absurdly large amount of money; however, the Formula One Car has no rivals.

It means that the cost for each unit of horsepower is

To say that the Formula One car is at a different economic level is an understatement!

If Tesla pulls off their predicted performance levels with the Tesla Roadster, they will be able to advertise that it is the fastest road-going car in the world and is also faster than a Formula One car.

During a circuit, the formula one driver must brake harshly from maximum speed, turn through a series of corners, and accelerate out of them while sometimes running inches away from a competitor. While it may challenge a Formula One car in terms of outright speed and acceleration, what the Tesla Roadster won’t be able to do is run against a Formula One car on the full circuit.