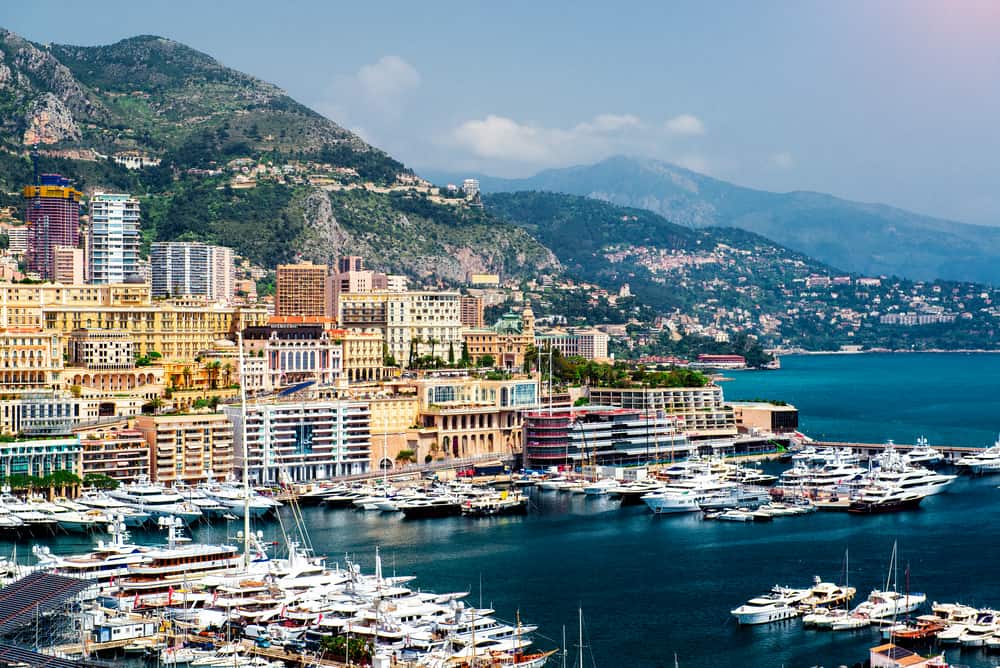 Have you ever wondered why F1 drivers and many other celebrities and wealthy individuals choose to live in Monaco or Switzerland? I decided to investigate why Monaco and Switzerland are such favorable living locations for Formula 1 drivers and the other rich and famous.

The main reason F1 drivers live in Monaco or Switzerland is due to the extremely favorable tax conditions. However, other than that, they have a high standard of living, and they’re close to most big European cities.

The Benefits Of Living In Monaco

There are numerous benefits to living in Monaco that we’ll explore in this article. The main ones are listed below.

Monaco is considered a tax haven due to the extremely favorable tax laws in the principality. Residents do not pay any income tax, wealth tax, or capital gains tax. Furthermore, direct heirs do not pay any inheritance tax. However, if someone is a French citizen and lives in Monaco, they must pay taxes.

These tax rules mean that F1 drivers and anyone else living in Monaco get to keep all the money they earn from their salaries and sponsorships. Basically, any money that you earn, you get to keep.

F1 is a truly global sport, with races on every continent, except for Africa and Antarctica. These races are often only separated by two weeks. This means that F1 drivers spend a lot of time traveling, and therefore need to be in a location that makes travel as easy as possible.

Monaco is quite centrally located in Europe, which is useful as most F1 races occur in Europe. Furthermore, all the F1 team headquarters are based in Europe. Therefore, it makes sense for F1 drivers to live somewhere where they can easily commute to their teams’ headquarters.

This is useful for F1 drivers as the language of the sport is English. All the communication between teams and drivers is done in English. Therefore, it is not a problem for drivers from other countries to live in Monaco, as there will not be a language barrier like there might be in other European nations.

Monaco is a city for the wealthy. It is lots of high-end shops and restaurants and plenty of luxury houses, apartments, and hotels. Furthermore, there is vibrant nightlife which makes it the perfect place for young people to live.

Due to its geographical location, it also has a very pleasant and warm climate. This, combined with being on the coast and being full of entertainment, makes it a great spot to spend hot summer months.

It is also very close to the Southern Alps (one hour away), a popular place to ski. This means that there is enough to keep residents entertained in summer and winter.

It is also the perfect place for celebrities to live due to the sheer number of famous people who live there. In some areas, F1 drivers may garner a lot of attention from the public, whereas, in Monaco, they are just one of many famous and wealthy people who reside in Monaco.

Monaco has a high number of CCTV cameras installed for surveillance purposes. This, coupled with a high police presence and strong bank security systems, means it is the perfect place in terms of safety for the rich and famous to live in.

The Benefits Of Living In Switzerland

Now that we have explored why Monaco is such a great place to live in let’s look at the benefits of living in Switzerland. Switzerland and Monaco share some similarities in living there; however, the tax laws differ slightly. English is also widely spoken in Switzerland, which makes it attractive for Monaco’s reasons listed above.

Unfortunately for its residents, Switzerland does not offer as favorable tax laws as Monaco. It is not a tax-free nation; however, it offers favorable tax rates, especially for married couples, as they are taxed together rather than individuals.

The tax rates are still relatively low, though, with the maximum federal income tax standing at 11.5%. While this is not the only tax residents pay, as they have to pay local taxes and levies, it is still favorable compared to other nations.

For example, the UK’s tax rate for anyone earning over £150,000 will be taxed 45% of their income. As F1 drivers are making over this amount, the tax conditions in a country like the UK are not favorable if you want to keep most of your income.

Switzerland has a very high standard of living. There is good access to healthcare and top schools and universities. The weather can be warm in summer without it being overpowering. In winter, the temperature drops quite a lot, but with that comes the opportunity for sports like skiing.

Furthermore, it is a modern nation with modern infrastructure, making it an attractive prospect as a living location for people with large amounts of money.

Switzerland is quite centrally located and is bordered by France, Italy, Germany, Austria, and Liechtenstein. It is also relatively close to Spain, The Netherlands, Monaco, Belgium, and the United Kingdom. As F1 races in Germany, Italy, Spain, Austria, The Netherlands, Monaco, Belgium, and the UK. Furthermore, many team headquarters are situated in the UK or the rest of Europe.

Switzerland’s geographical location, combined with the fact that it has seven international airports, makes it an attractive place to live for people who commute regularly. This makes the insane amount of travel done by F1 drivers a bit easier than if they were based somewhere less central.

A Safe Place To Live

Like Monaco, Switzerland is an extremely safe place to live. There is very little violent crime, and it was voted as the safest country in the world by Insurly, a travel insurance company. It also has a very secure banking system which is useful for those earning considerable amounts of money (like F1 drivers).

Furthermore, the nation prides itself on remaining neutral during armed conflicts, which means the risk of war or war-related activities like terrorism is much lower than in other European countries.

All of this means that it is a great place to raise children. They can be independent and move around neighborhoods and cities without worrying about safety. They also have plenty of outdoor activities to participate in, which is a bonus.

Why Do Some Drivers Not Live In Monaco Or Switzerland?

As you’ll see, not all F1 drivers live in Monaco or Switzerland. This is because some drivers prefer to be close to the headquarters of the team they drive for. For example, Carlos Sainz lived near the McLaren Technology Centre in Woking, England, where the team was based when he drove for them. However, this year, he moved to Italy to be closer to the Scuderia Ferrari headquarters following his move to the team.

Where Do Current F1 Drivers Live?

Now that we have established the benefits of living in Monaco or Switzerland let’s examine where the current drivers on the grid call home.

F1 drivers choose to live in Monaco or Switzerland due to the very favorable tax conditions. They get taxed a lot less than they would if they lived in other European nations (or other nations worldwide).

However, there is more to Monaco and Switzerland than just friendly tax laws. They are safe locations to live in and have a high standard of living, which means they are great places to live and raise children. They also have a high density of English speakers and are close to most big European cities, which is very useful for F1 drivers.