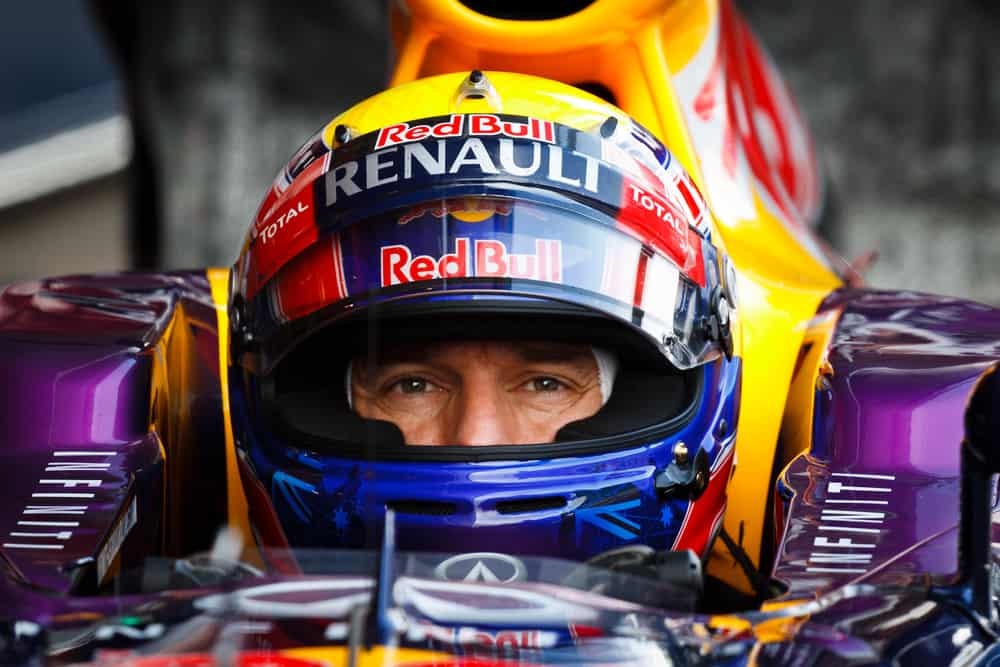 Formula 1 is the most prestigious class in motorsport, and the drivers that compete in F1 are the best in the world. They must be able to drive at peak performance during every race, which means that F1 drivers must have excellent eyesight, but what if they do not have good eyesight? Can Formula 1 drivers wear glasses?

F1 drivers are some of the best racing drivers in the world. They must be at the peak of their physical ability to race successfully in Formula 1, and their eyesight is incredibly important. Let’s discuss whether or not F1 drivers can wear glasses and if it safe for them to do so while racing.

Formula 1 is the most demanding motorsport in the world. The drivers who compete in F1 are the best racers in the world, the cars they drive are designed at the cutting edge of racing technology, and the tracks that they race on are some of the most challenging ever built.

The high-performance vehicles that the racers drive and the complex tracks that they race on require the drivers in F1 to have excellent eyesight. Without it, they are at a severe disadvantage during a Grand Prix, and it may even be dangerous for an F1 driver to have less than perfect vision.

With all of this in mind, can Formula 1 drivers wear glasses?

Formula 1 drivers can wear glasses. There is nothing in the rules and regulations of Formula 1 that prevents a driver from wearing glasses during a race, and if they are designed well, they are unlikely to cause any harm to the driver.

If an F1 driver has impaired vision, or if they have poor quality vision, it is a big disadvantage on the race track.

These drivers race at incredibly high speeds, and their reaction and response times are crucial not only for winning races and driving well but also for keeping themselves and the other drivers safe.

If a driver has impaired vision, it severely impacts their ability to react and respond quickly. For these reasons, some F1 drivers are forced to wear glasses to be sure that their racing ability as good as it can be.

Some racing drivers wear glasses to help their eyesight while racing, but wearing glasses is not always the most practical solution to vision problems for F1 drivers because of the helmet that they are required to wear.

There no rules or regulations that prevent a Formula 1 driver from wearing contact lenses while racing.

Contact lenses the preferred by many drivers with poor eyesight simply because they are more practical than glasses.

Wearing glasses inside an F1 racing helmet can be uncomfortable, and the drivers in F1 do not need any further distractions to deal with while racing.

There are some drivers who wear contact lenses rather than wearing glasses because some say that wearing glasses while racing in F1 may be dangerous, especially if the gasses break in the event of a crash.

Contact lenses are safer to wear than glasses, and some drivers say that wearing glasses gets in the way, but ultimately it comes to personal preferences when a driver requires visual aids, whether they use glasses or contact lenses.

Formula 1 drivers can wear contact lenses if they so choose, as there are no regulations that prevent it, but drivers may find them uncomfortable, so it must be the personal choice of the driver to use them or not.

Is It Dangerous For Formula 1 Drivers To Wear Glasses?

There is an argument that wearing glasses is dangerous for any racing driver, but especially for Formula 1 drivers.

The reason for this is because, in the event of a crash, the glasses may break and cause severe damage to the driver’s eyes when they do.

Formula 1 drivers race at incredibly fast speeds, so when they crash, the event is quite spectacular. These crashes lead medical some medical professionals to be concerned about driver safety and urge them to use contact lenses rather than glasses.

The truth is it safe for Formula 1 drivers to wear glasses while driving.

That being said, some drivers have taken extra precautions and have custom glasses made to make them even less likely to break.

There are reports of at least one driver having custom-made bullet-proof glasses designed for use while racing. Glasses likely this are extremely unlikely to break at all.

There are helmet manufacturers that specifically design helmets for F1 drivers to accommodate the use of glasses. The helmets have spaces in the interior design to allow for glasses to fit comfortably on the face of the driver while still keeping them secure, in place, and well protected.

All of these factors mean that it is generally safe for F1 drivers to wear glasses while racing.

Glasses are not likely to impair the racing ability of F1 drivers, especially if they are accustomed to wearing and using glasses in their everyday life.

It comes down to the drivers’ personal preference, but wearing glasses does not generally impair the ability of an F1 driver.

If a driver has to wear glasses, it is always to maintain their peak driving ability, and drivers would not wear glasses at all if they got in the way of their ability to win races.

Formula 1 drivers are among the best in the world, and if wearing drivers causes some form of impairment, they would opt for alternatives such as contact lenses or prescription helmet visors.

Wearing glasses is not an impairment for drivers, and there are even some F1 drivers who opt to use a clear helmet visor and wear a pair of sunglasses rather than use the standard tinted visor, even if they have no issues with eyesight at all.

Formula 1 drivers can wear glasses. There is nothing in the rules and regulations of Formula 1 that states that drivers are prohibited from using glasses.

It is beneficial for a driver with eyesight problems to wear glasses, as not using any visual for such a driver is very dangerous for them and other racers on the track.

Some drivers wear contact lenses, but many drivers who require glasses have used them while racing.

Many successful drivers have required the use of glasses for racing, and it is not an impairment for those who need them.

F1 racers can use glasses, so look out for them the next time you watch a race!