How Expensive Is An F1 Crash? 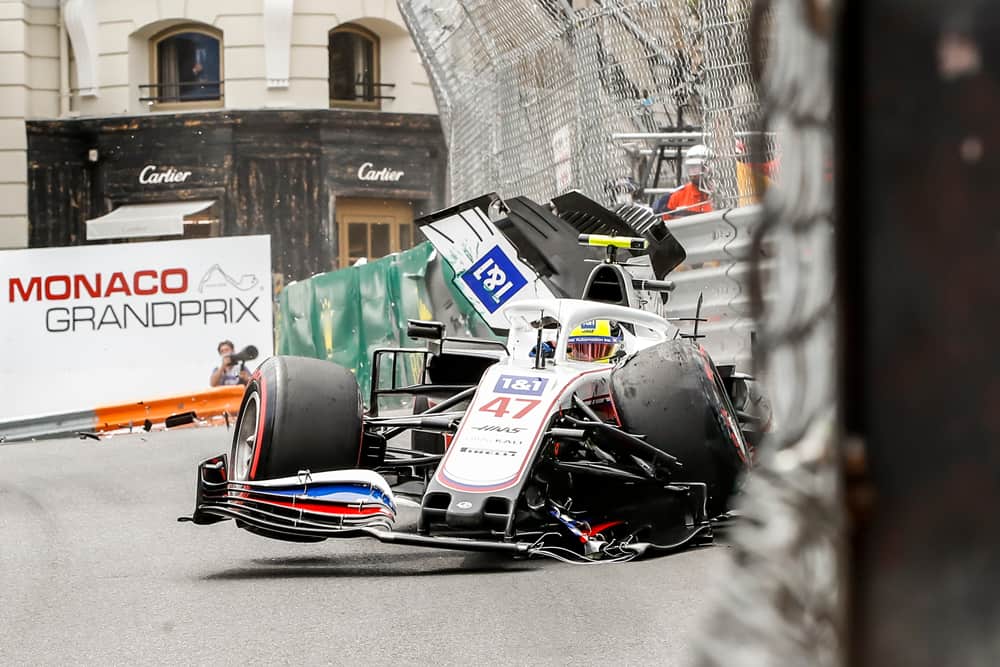 F1 drivers are the best drivers in the world, and they always give us high-quality racing. However, motorsports have great risks, and sometimes when drivers push themselves too far, they crash. It’s part of the game, and even the best drivers occasionally overstep the limit. That makes me wonder, how expensive is an F1 crash?

F1 crashes are a huge expense for teams, as they can range from $ 100,000 – $ 150,000 when the suspension or front wing breaks to a few million dollars when there is a big wreck. When more than one car collides in the same accident, the price increases considerably.

F1 cars are extremely complex and have numerous small elements that tend to break in an accident, so after an accident, there is always a lot of debris on the track. Let’s get into the topic.

Why Are F1 Crashes So Expensive?

To answer this question, it is best to find out how expensive F1 cars are. F1 cars are almost hand-built with very sensitive and technological materials such as carbon fiber through a process of thousands of hours. Each car is a unique prototype different from the rest, slightly different even from the other car of the same team.

Here below, we leave you the price of each part of an F1 car:

Therefore, the price of an accident varies depending on the car’s parts affected. The most exposed parts, such as the suspension, tires, front and rear wings, or floor and barge boards, tend to break the most.

However, the most serious and complex accidents can damage the chassis, gearbox, and some parts of the engine, which are the most expensive elements.

For example, the crash that Valtteri Bottas had with George Russell at the 2021 Emilia Romagna GP cost $ 1.3 million for Mercedes, as both exterior elements, the chassis and some parts of the engine and the gearbox were damaged.

F1’s Most Expensive Crash Ever

The 1998 Belgian GP start was one of the most eventful in F1 history. The race started in extremely wet conditions, but the decision was taken to start the race at the scheduled time without a safety car. A bad decision. Not even 15 seconds passed, and the tragedy occurred.

On the first corner exit, David Coulthard lost control of his car and was spat across the track. Due to low visibility, a chain accident was formed as other drivers could not see him. Many cars crashed into each other, forming a scary carnage of debris and tires.

13 of the 22 cars on the grid were involved in this accident, and it is estimated that it was priced at around $ 13 million, making it the most expensive crash in F1 history.

Fortunately, and miraculously, there were no serious injuries in the accident. With one spare car for each team, 4 of the 22 drivers could not restart the race. Damon Hill was the winner of the race, which was very bumpy, as only 8 drivers crossed the finish line.

What Does It Feel Like To Crash An F1 Car?

F1 cars go at very high speeds, so everything happens very fast. When a driver loses control of his car, it only takes a few seconds until he collides with the barriers or another car, so the driver can do nothing except contract his muscles and prepare for impact.

Some crashes are painful due to the G-forces caused by decelerating so fast. In other words, it is like a heavy traffic accident but multiplied by 5. When getting out of the car, if they are well, the drivers feel frustrated, since, as we have seen, an F1 car is very expensive and there are thousands of hours behind each one, but every accident is a learning point.

Who Pays For F1 Crashes?

F1 teams are the ones who pay for damages when there is an accident. If a driver crashes his car, since the team owns the car, the team repairs it and pays for it. When many cars are involved in a crash, each team pays only for their car. It’s as simple as that.

However, this has not been without controversy since the cost cap of $145 million was established for the 2021 season. Team bosses complain about crashes caused by other teams’ drivers, as they have to pay for themselves because of others.

No agreement has been reached on the matter, nor does it seem that it will be reached soon, so for the moment each one will have to pay for the damages caused to their cars.

Crashing an F1 car is not just anything. There are many elements to consider, and the high price of cars makes accidents cost a lot of money. Fortunately, today’s safety means that most drivers can walk away after having a big crash.

Louis Pretoriushttps://onestopracing.com
Previous article
How Hot Do F1 Engines Get?
Next article
Do F1 Teams Get Paid For Points?