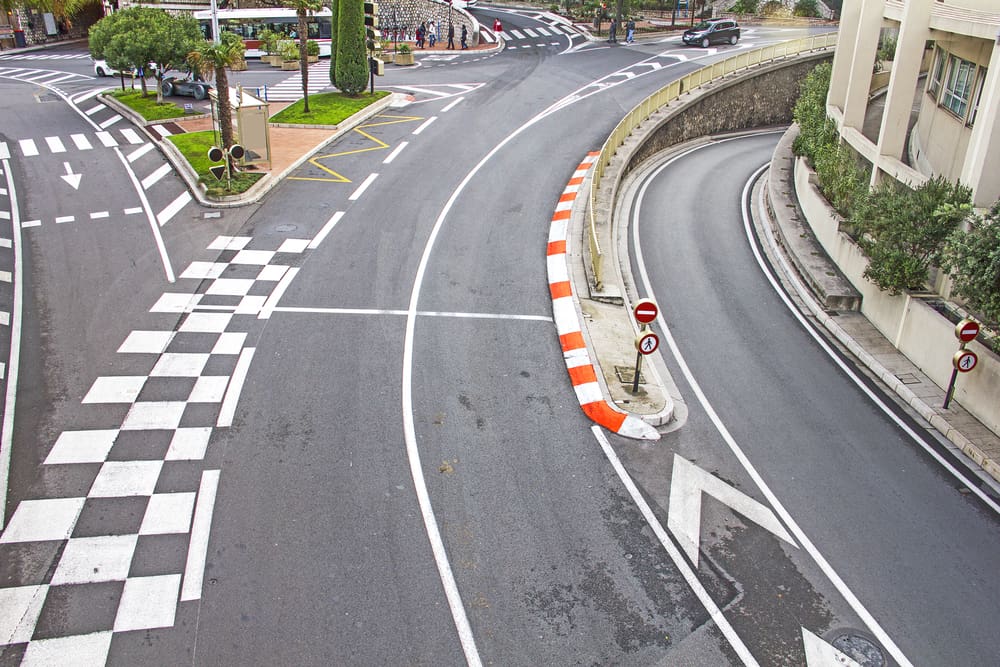 Formula One tracks are stunning creations laid out across some of the world’s most beautiful landscapes.

It is often leveled at Formula One tracks, and they can vary a considerable amount. But are F1 tracks flat?

Are All F1 Tracks Flat?

There are exactly zero Formula One tracks that are completely flat; they all have some form of elevation. The tracks vary in their elevation from track to track, as it makes the racing a lot more interesting when tracks vary. These variations are enormous. Spa Francorchamps is the F1 track with the highest elevation changes on the current Formula One calendar.

The difference between the highest and the lowest points on the track is around 102.2m meters. Spa features one of the biggest and fastest inclines on the calendar as drivers look to control their cars going up through Eau Rouge and Radillon. The swift succession counters this out through turn 15.

The track that is the flattest on the calendar is the Sochi Autodrome, set out around some of the stadia used in the 2014 Olympic Winter games. The track has barely any elevation change, with the difference between the highest and lowest points on the grid being only 1.9m. This makes the track flatter than any other location across the calendar. These tiny elevation changes happen between turns 14 and 17, where there is a slight incline as you head towards the final few corners.

How Does Track Elevation Affect Formula One Cars?

Formula One cars can be very sensitive to different factors, so it would be reasonable to assume that these elevation changes significantly impact them. You might be surprised to hear that elevation changes do not have much impact on the performance of the cars.

Teams can quite often make adjustments to the cars before a race weekend to deal with track elevation. Spa is an excellent example of this. Usually, before the cars hit the track, teams will increase the front ride height of the cars. This is to attempt to handle vertical compression forces a lot better. It is so the cars can have suitable downforce in the corners while still having huge top speeds on the straights.

Spa requires bigger changes to the car than a track with a similar elevation like Portimao because the elevation is taken at such high speeds at Spa. The considerable elevation through Eau Rouge and Radillon are taken pretty much flat out, putting the car through a tremendous amount of stress.

It is hard to tell whether these facts have any correlation. Other factors like track width, DRS zones, and downforce levels all have a massive impact on the number of overtakes. So it would be slightly harsh to say that flatter tracks produce fewer overtakes; it just seems to be a somewhat interesting pattern.

It varies when it comes to F1 fans’ preference for Formula One tracks. But there is no doubt that track elevation leads to a more interesting visual spectacle for those watching. For an F1 fan, one of the most exciting spectacles is watching cars race up through Eau Rouge or heading up the hill after Sainte- Devote in Monaco. Track elevation can produce a more engaging visual experience for fans.

It seems to be the way that Formula One fans prefer tracks with elevation most of the time. Suppose you look at some of the most popular and historic tracks in the Formula One calendar like Monaco, Spa, and Suzuka. These are all tracks that have a considerable amount of track elevation.

Whereas you will often see fans not being as keen on flatter tracks. The most disliked track on the F1 calendar is likely the Sochi Autodrome. If you look at some of the tracks with the least elevation, they tend to be the ones fans do not like as much. This is simply because it is much more exciting to watch Formula One cars racing across tracks with a lot of elevation than racing on flat tracks.

This is, of course, not always the case. Tracks like Marina Bay, Circuit Gilles Villeneuve, and Hockenheim are all very popular among F1 fans. It just shows that the reasons why Formula One fans like or dislike an F1 track are not just down to the elevation.