Do F1 Teams Get Paid For Points? 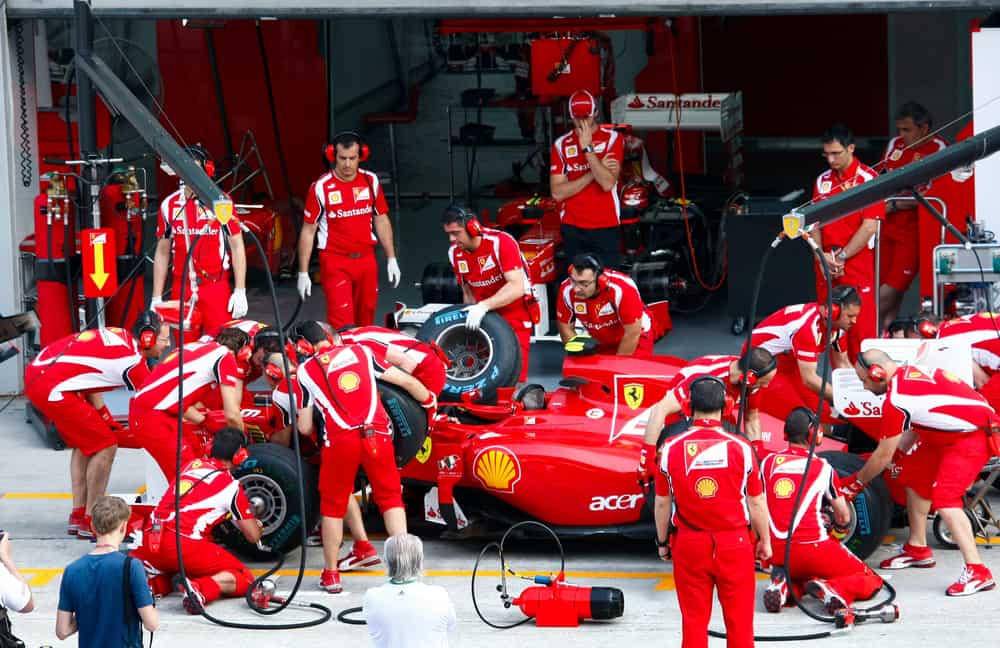 In F1, everyone strives to be the fastest, which translates into fighting for as many points as possible to win the championship. That got me thinking, do F1 teams get paid for points?

F1 teams are paid for the position in which they finish in the championship at the end of the season. The better position you finish in, the more money you receive. Each team’s amount of points at the end is very important since they will determine your position.

So technically, F1 teams do not get paid for points but the position at the end of the championship. Points are the way to beat your opponents during the season.

How Does Scoring Work In F1?

The F1 scoring system has changed throughout history, so it has not always been the same. In the 1950s, only the top five of each race scored, while from 1960 to 2003, the top six received points. From 2003 to 2009, the top eight. And from 2010 to the present, the ten best-placed drivers in a race score points as it follows:

In addition, the driver with the fastest lap of the race receives an extra point as long as he finishes in the top ten. This prevents drivers outside the top ten from pitting during the last laps to put on fresh and soft tires to set the fastest lap.

Big teams competing for the world championship always fight for victory or podiums, while midfield teams consistently score as many points as possible within the top 10. Scoring in a race or few races would be a success for the weaker teams on the grid.

Do F1 Drivers Get Paid For Points?

Drivers are paid with salaries by the team. Normally, they have a fixed salary, and sometimes they can receive bonuses if they perform well, depending on the team’s goals. The strongest teams can offer bonuses for victories or podiums, while weaker teams for scoring in some races.

A curious case was that of Kimi Räikkönen during 2012 and 2013. “The Iceman” returned to F1 in 2012 with Lotus and signed a two-year contract with the team. Räikkönen also signed a € 50,000 bonus for every point he scored, which he did before the start of the season when no one expected much from him or the car.

Kimi flew during those two years, and the car was very competitive, so the result was that he scored 390 points and 2 victories, and 15 podiums. This meant that Räikkönen would receive € 19.5 million only with the bonus of the points.

The team almost went bankrupt, and they paid him little by little and late. It is said that he is still owed € 6 million, although I don’t think he cares much about it…

How Much Money Do F1 Teams Receive?

The Formula 1 revenue is divided into two categories (50% each), and one half goes to Formula 1 teams (prize money fund), and the other half goes to the Formula 1 group and shareholders. F1 doesn’t reveal what amount is gotten by each group.

The 23.7% of the prize money fund goes to the constructors based on how they finish in the constructor’s points table at the end of the season. Another 23.7% is split evenly for the top 10 teams at the end of the season, and 2.5% goes to Ferrari, which has a special contract with F1 for being a historical brand and racing since the first F1 season

Some teams also receive bonus money depending on their previous season’s performance and popularity, such as Ferrari, Mercedes, Red Bull, or McLaren.

What Happens IF An F1 Driver Changes Teams During A Season?

When a driver signs for another team in the middle of the season, the driver keeps his points, and so does his last team. But from the moment he drives for his new team, the points he gets will add to that team’s constructors’ championship.

Why Do Some F1 Drivers Have Half Points?

Some races have to be suspended or canceled, mainly due to the weather and other factors such as a serious accident. In this type of race, the drivers do not complete the total number of laps scheduled, so some drivers end up having decimal numbers in their points.

The most recent example is the past Belgian GP, which has become the shortest race in history due to heavy rain. The drivers only completed four laps behind the Safety Car, as visibility was very poor and track conditions very dangerous, and they did not improve in three hours.

In situations in which not even two laps of the race can be completed, no points are awarded to anyone.

The important thing for each team is the points that their drivers score. A higher number of points will mean that they will receive more money at the end of the season to finance the projects of the following season and be able to build a better car.