Do Teammates Help Each Other In Formula 1? 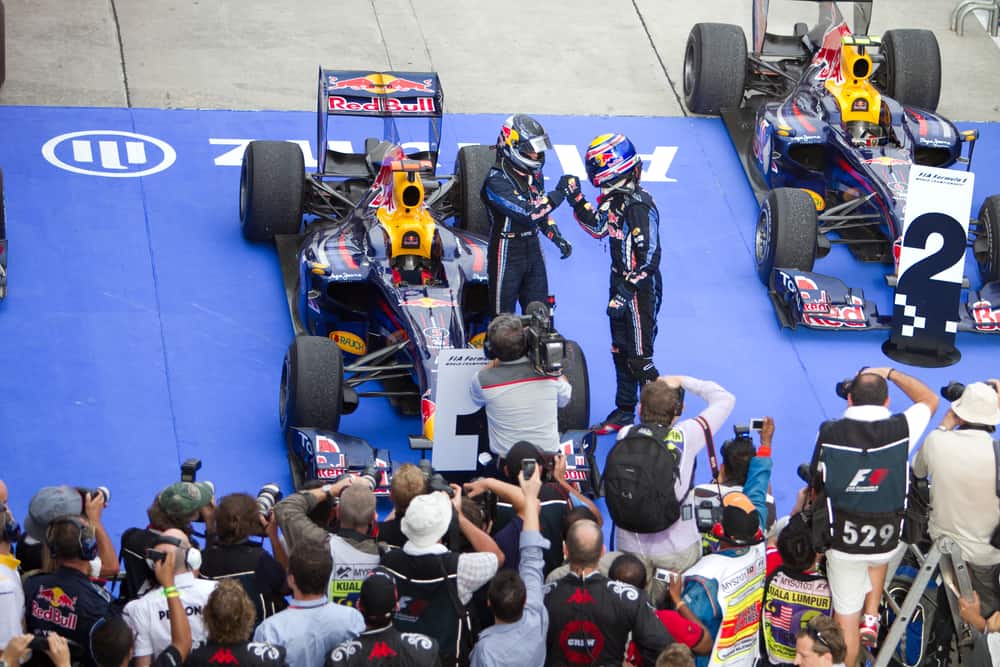 Formula One is a team sport, currently made up of 10 different teams, all fighting for a world championship. The scene becomes a lot more interesting when you know that individual drivers are trying to beat their teammates to win a driver’s world championship within these teams. This exciting dynamic means the relationship between teammates can be complicated.

Teammates helping each other is common practice in Formula One, whether through team orders or individual drivers’ decisions. Drivers are commended when they are team players and help each other.

But the issue of teammates and their relationships in F1 is much more complicated, often with politics and regulations involved. But it all boils down to the main question. Do teammates help each other in Formula One?

Do Teammates Help Each Other In Formula One?

Formula One currently contains 10 different teams, going from the teams at the bottom of the grid-like Williams and Haas, to Mercedes and Red Bull at the top of the team. These teams are all trying to compete to be the best.

This means that teams are always more important than drivers. Even superstar drivers like Lewis Hamilton and Max Verstappen are still employees of their team, and they are instructed to do what is best for the team at all times. The team is more important than the driver, so sometimes, drivers have to sacrifice their performance for the team’s benefit.

Are Teammates Allowed To Help Each Other In Formula One?

The first noted example of team orders was Mercedes asking Juan Manuel Fangio to let teammate Sterling Moss win his home Grand Prix at Aintree. Team orders continued throughout Formula One, with multiple examples in the 20th century of teammates helping each other, usually to win the driver’s championship. It wasn’t until the late 1990s that team order became much more reported by the media.

At the 2002 Austrian Grand Prix, Rubens Barrichello was told to let his Ferrari teammate Michael Schumacher past him so that Schumacher could win the race. This received massive amounts of negative attention, as it was incredibly early in the 2002 season and was an order that came in towards the end of the race. Both drivers were unhappy with the team orders, and at the end of that season, team orders were banned.

This did not stop team orders, with the biggest ever team orders controversy happening while these orders were banned. This was when Renault driver Nelson Piquet Jr crashed on purpose, allowing his teammate to jump into the 2008 Singapore Grand Prix lead, as he had already pitted. The incident was named “Crashgate” and is one of the biggest controversies in Formula One history.

Despite this incident, team orders are now permitted. At the end of the 2010 season, FIA conceded that the team orders rule was not working, and so this rule has no longer appeared in the regulations since 2011.

Why Do Teammates Help Each Other?

When a driver is considerably better than his teammate, the second driver will often sacrifice some parts of their season to secure the championship for the first driver.

It is something we have seen a lot of this season. With Max Verstappen and Lewis Hamilton making the championship a two-horse race early on, their teammates have often played supporting roles, letting each other through. Teams would always prefer to have their drivers finish 1st and 4th in the driver’s championship, rather than 2nd and 3rd.

The other main reason why teammates will help each other is more of a niche reason. Overtaking is difficult in Formula One. Often you need more than a second pace advantage over the driver in front of you to pass. This means that even some of the best drivers can get stuck behind the middle of the pack drivers.

So often, when teammates are stuck behind each other, they may let the faster teammate past so that he can try to progress further up the field. It is a common occurrence in the modern Formula One, especially considering that team orders are permitted.

Do F1 Teammates Ever Hurt Each Other?

In an ideal world, Formula One teammates would be best friends. However, this is very rarely the case. This is mainly because your teammate is your ultimate competition. Formula One has different cars that have different performances. This means that it is difficult to judge the quality of a driver, as it is unknown how much impact the car is having.

This is not the case for teammates. Both will have identical cars, and so, therefore, as a Formula One driver, your first objective is always to beat your teammate. As their cars are the same, teammates will often race closely together and sometimes even crash with each other.