How Do F1 Drivers Drink? 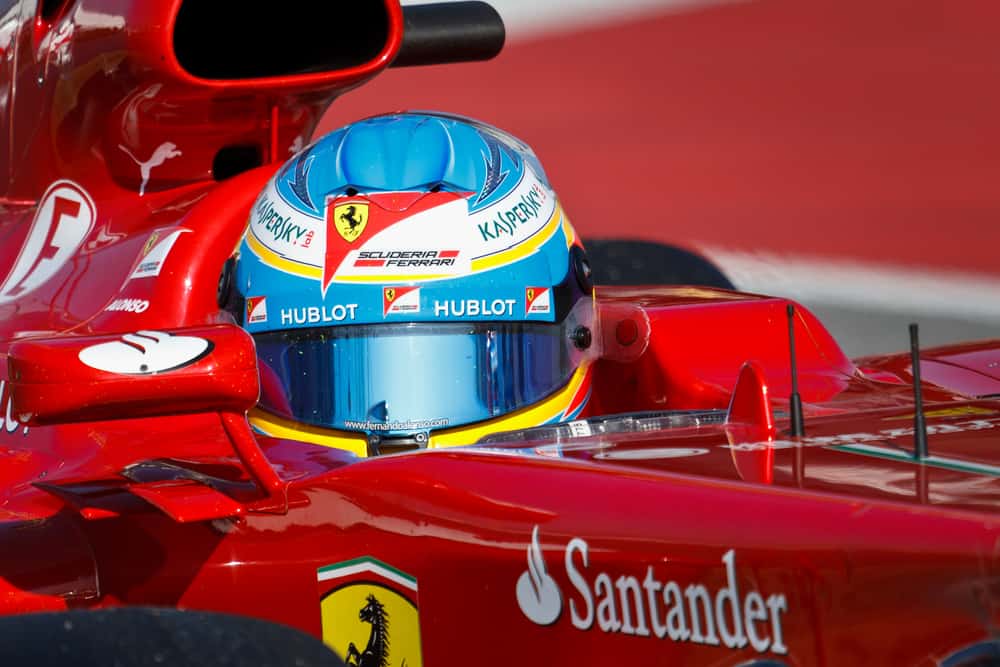 As a long-time Formula One fan and avid watcher of Netflix’s “Formula One: Drive to Survive,” it got me looking into the technicalities of Formula One, most notably: How do F1 drivers drink while driving?

Formula One drivers drink during races via a tube running from a bag of fluids attached to the side of the vehicle’s cockpit up through the driver’s helmet and into their mouth. The liquid flow is controlled via a button on the steering wheel of the vehicle.

The exact method of pumping liquids from the bag of fluids up through the driver’s helmet is surprisingly simple, but like everything in Formula One, constantly updated and subject to individual driver and team requirements.

How Do F1 Drivers Drink While Driving?

Being a Formula One driver requires that a driver’s undivided attention remains on the track, meaning that every step is taken to minimize distractions and limit driver movements while driving. As such, the driver’s steering wheel is their sole tool.

For this very reason, drivers have very complex steering wheels, which allow them to complete a series of actions at the touch of a button while maintaining both hands on the steering wheel. This includes being able to press a button to hydrate themselves.

For many years, drivers used to have a small water vessel in their cockpit with a long straw that ran from the bottom of the vessel, through the driver’s helmet, and into their mouth, usually placed beneath the driver for weight distribution.

The drivers would drink by placing the straw into their mouths and sucking up the liquids from the bottom of the water vessel. However, this proved uncomfortable and inefficient, and extracting the liquid was often a distraction for the drivers.

An initial solution to the problem of manual hydration was to install a series of small demand pumps, which could be activated by pressing a button on the vehicle’s steering wheel to supply liquid to the driver via the same pipe system running from the vessel.

While this updated solution may have minimized distraction and unnecessary movements on the driver’s part, the system’s complexity added unnecessary costs, weight, and technical complications.

The solution was to further simplify the system by replacing the series of pumps with an inflatable bladder in the vessel, which could be pumped up via the same steering wheel button. This pressurized the water, allowing it to spray into the driver’s mouth.

For visualization and further discussion of the hydration system, please see below the following video from RacerThoughts’ YouTube channel:

Why Do F1 Drivers Need To Drink While Competing?

Formula One drivers often lose upwards of 4 to 7 pounds of weight by the end of a race due to a loss of fluids. The reason is a combination of the physical exertion expended by the drivers to combat the g-forces while racing and the heat conditions.

The heat conditions experienced by Formula One drivers, depending on which track they are competing and the weather conditions, can sometimes exceed 122F!

Outside of external weather and track conditions, the compact nature of a Formula One vehicle results in immense heat being emitted by the engine and the cockpit.

To combat these conditions and the subsequent loss of fluids, drivers will often drink upwards of 1.5 litres of fluid before a race, usually via a straw, to not accidentally overhydrate the

Furthermore, drivers are seldom seen outside of their team cockpits in-between races, with further precautions taken to limit sun exposure before starting a race when they exit the pits, such as teams using umbrellas to shield drivers from the sun.

Despite these pre-race precautions and hydration strategies, many teams and drivers, depending on the conditions and advice of health professionals, will install and utilize hydration systems in their vehicles for continuous hydration during a race.

What Do F1 Drivers Drink?

The physiology of each respective Formula One driver is carefully monitored by their trainers, team principals, and health care professionals to determine what methodology of hydration is best suited to each driver.

As such, drink solutions have been known to range from water, saline solutions, isotonic drinks, and in some rare instances, varying combinations of mixtures involving green tea or refreshing salts.

As such drink solutions have been known to range from water, saline solutions, isotonic drinks, and in some rare instances, varying combinations of mixtures involving green tea and/or refreshing salts.

Although one can say with a degree of certainty, the post-race celebratory champagne and product placement energy drinks, such as Red Bull, would not be seen to adhere to any nutritionist’s hydration guidelines!

Do All F1 Drivers Drink While Competing?

While it can be said with almost absolute certainty that Formula One drivers drink both before and before racing as a pre and post hydration method, a driver and their team determine the decision to drink during a race.

Outside of the driver’s physiology in determining whether continuous race hydration is necessary, a driver believes having access to a hydration system in their vehicle will improve performance and not serve as a distraction.

Further to the above consideration is whether a team believes that the added weight and technical complexities of including a hydration system will trump the negatives associated with its installation.

Despite the simplicity of modern hydration systems, every method available to a team to reduce the weight of a vehicle will be taken, unless it is to the absolute benefit of the driver to maximize performance or Formula One mandates it.

Most notably, Lewis Hamilton, in his position as one of the most significant drivers of all time, has in recent years opted not to have a method of hydration during a race.

In contrast, not having a hydration system has proven to be extremely dangerous for other drivers.

The following article and video illustrate Sergio Perez’s physical exhaustion as a result of a malfunction of his vehicles hydration system, which explains why teams and Formula One do not employ a standard hydration installation policy for all drivers:

Despite the myriad of technical complexities often associated with technology and team strategies in Formula One, it is evident that the old “less is more” adage holds with hydration systems in Formula One vehicles.

Each team and driver employs the hydration method that achieves their goals by utilizing the least complex systems as possible, opting instead for ease of use via a simple pressurized bladder system.

Louis Pretoriushttps://onestopracing.com
Previous articleDo Teammates Help Each Other In Formula 1?
Next articleWhy Are F1 Tires Covered?