Formula 1 Driver Or Car: Which Is More Important? 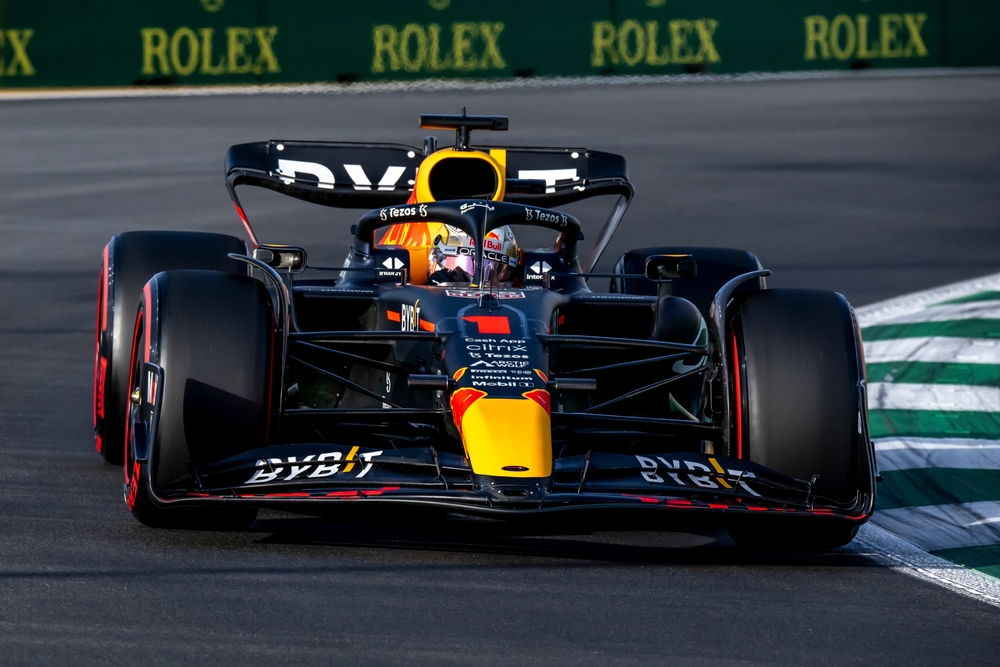 Formula 1, known as the ultimate form of motor racing, has been avidly watched by enthusiasts worldwide since 1950. And for all that time, there has been an endless discussion as to what is the deciding factor in who is declared World Champion at the end of the season.

Both the driver and the car are critical factors, but not in equal parts. 2016 World Champion Nico Rosberg has spoken about the “80/20 rule,” with driving skills accounting for only 20% of a winner’s success, the car and the team being responsible for 80%. Not everyone agrees.

It is a really interesting debate. There have been some studies using complex rating systems for grading drivers’ performance, while others have studied the entire history of Formula 1 to try and establish whether the world’s most successful drivers were hampered or assisted by their cars in their efforts to win races.

The Car As A Factor In Formula 1

If one driver was timed in different cars doing a series of laps in unchanging conditions, it would be possible to identify how much the cars influenced the lap times achieved. Since this is not practically possible, one needs to look at what affects the car’s performance, independently of the driver.

It takes about twelve months to design an F1 car and get it onto a test track. Because aerodynamics differ, engines are sourced from different suppliers, and suspensions are individually designed, so some cars will have a higher top speed while others will be faster in tight corners.

Viewers of Grands Prix will often hear commentators talk about the suitability of certain cars to the specific track, depending on the layout of that track, the length of the straights, and the number of corners and chicanes.

Innovative Design and Engineering Can Give A Car An Edge

The design of a Formula 1 car is the key to its success, and in 2022 a budget cap of $140 million was placed on manufacturers in producing their various versions. In addition, measurements and dimensions for each significant component are prescribed, so there are limitations as to just how radical the design can be.

This was not always the case. Designers and team owners like the legendary Ken Tyrrell and Colin Chapman introduced some unheard-of design features in their cars. The Tyrrell team surprised the racing world with a six-wheeler in 1976, which proved remarkably successful in the hands of World champion Jody Scheckter.

Chapman might not have created such an incredibly different car, but he introduced the concept of ground effects in the same period. He used the flow of air underneath the car by introducing flexible side skirts, which created greater downforce and gave his Lotus cars tremendous cornering ability.

As mentioned, current F1 regulations have resulted in much more stringent rules regarding the design of the cars. Because of this, there is a  level of uniformity to be seen in their various component parts. Nevertheless, performance differences are apparent in the cars that line up on the grid for a Grand Prix.

Just as an example, Red Bull F1 cars have over two hundred sensors feeding one thousand information channels. There are thirty to forty people in the garage analyzing the data, to maximize the performance of the car, avoid mechanical or electronic breakdowns, and ensure the car completes the race.

Not all teams have such an elaborate setup, but all rely heavily on data received during a race to make critical adjustments to the car, monitor tire wear, and measure the car’s performance.

Members of the pit crew, from mechanics, tire carriers, tire-changers, refuellers, wing-changers, and even the “lollipop” bearer, are highly trained, super-efficient, and highly paid members of the team. Their jobs are centered on optimizing car performance during practices, qualifying, and the F1 Grand Prix, and they can make or break the team.

The Driver As A Factor In Formula 1

So far, we have looked at the many aspects of the car and its performance in F1. Still, before coming to any conclusion about whether it’s the main factor in achieving success, we need also to look at the driver and how much influence he has on the outcome of a race.

This is where the debate about cars or drivers gets interesting, as statisticians using different methods of analyzing data arrive at different answers to the question of who the best drivers in Formula 1 are.

Skill And Reliability Are Measurable

A driver’s skill can be gauged by how quickly he completes a lap compared to another driver in the same car and in the same conditions. So, a driver who is regularly faster than a teammate can be considered more skillful, irrespective of the role of the car.

Reliability can be measured by how often a driver completes a lap, or a race, without spinning, crashing, or damaging the car through a driving error. This, again, can be statistically determined. There is no point in being the quickest driver on the track if you constantly post DNFs (Did Not Finish) in your racing career.

Bear in mind that in the present Formula 1 sport, several drivers have come up through the lower levels, such as go-karting and Formula 2, and have proved themselves to be champions. However, there are also those who have bought their way into a seat, often through sponsorships provided by mega-wealthy family members, and have only limited experience at the top level.

While a lot of the tactics in a race are dictated by the analysts behind their computers, there’s a lot a driver can do on the track to achieve victory by winning or even by coming out ahead of a rival lower down the field.

Defensive driving (obviously within the rules) to prevent a competitor from passing, intelligent driving techniques to minimize tire wear, conserving fuel, reducing brake heat, and making unexpected passing moves are just some of the skills that separate a great driver from the rest.

Measuring a car’s performance is a relatively simple process, as the telemetry in the car will provide all the information regarding speed, ability to corner, traction, engine performance, suspension efficiency, and a host of other values which add up to the ability of the car to win races.

Measuring driver performance is a lot more complicated because it’s subjective to some degree. This is why the title of “Best Formula 1 Driver Ever” has been bestowed on a number of past and present drivers by different researchers using their preferred set of criteria.

What Is The Relative Importance Of Driver And Car In Formula 1?

We noted earlier that in the opinion of a previous world champion, the 80/20 rule applies to Formula 1 and that the driver is responsible for only 20% of the success, or lack thereof, of the team for whom he races. This is the opinion of a driver, but is it based on fact?

Before the age of telemetry, when little information was available regarding the performance of the car, it was suggested that the driver was responsible for 50% of the success and the car for an equal portion. As more and more became known regarding the car’s behavior on the track in each situation and on each track, so the driver’s contribution to the end result became less and less critical.

In studies done by Dr. Andrew Bell and others at Sheffield University and reported in the Journal of Quantitative Analysis in Sports, only 14% of the difference in success rates between teams is due to the driver’s ability, while 86% is due to the car and the team’s performance.

How Predictable Are The Results Of A Formula 1 Race?

A study by South African university personnel proved how predictable results are. They simulated fifty races on three different tracks. The results they predicted were 97% in line with the actual results achieved regarding the drivers’ finishing positions and up to 99% correct in terms of overtaking maneuvers carried out.

The reason for this is that there is, in practice, not more than a second separating the best and worst driver on a Grand Prix Circuit. So, the winning margins at the end of a race, which may be minutes rather than seconds between first and last, are due almost entirely to the car’s performance and therefore easily quantified.

Rain Is The Biggest Unpredictable Factor

Although most Grands Prix is run in dry conditions during a season, there are bound to be a few wet weather races. Rain is a great leveler in terms of car performance, as the more powerful and faster cars are forced to reduce speed. Drivers, on the other hand, play a far more critical role in the race. Certain drivers, such as Vettel and Hamilton in the present era, are known to be exceptionally skilled on a wet track.

Jean Alesi, who never won a world championship, is still considered one of the best wet-weather drivers in the history of the sport but was hampered in his career by less impressive cars.

From a spectator’s point of view, rain can make the race a lot more exciting, not because of the accident risk but because of the unpredictable results. The driver takes control of the car in rainy conditions, rather than being controlled by it.

Formula 1 Is Two Competitions In One

Followers of Formula 1 tend to concentrate their attention and enthusiasm on the success of their favorite driver, and the World Driver’s Championship is the one everyone is interested in. But there is an equally hard-fought competition amongst the manufacturers, and the Constructors’ Championship has enormous rewards both in terms of prize money and sponsorship, but also in the marketing muscle it gives the brand.

Engine suppliers, such as Honda and Renault, while not necessarily competing with their own cars, nevertheless have a massive investment in Formula 1 and gain invaluable exposure to the car-buying public by participating in the sport.

A fast car in the hands of a relatively unskilled driver is unlikely to win races. The fastest driver in Formula 1 is equally unlikely to stand on the winner’s podium if given an inferior car to drive. Both car and driver are crucial elements in the sport and need to combine their winning qualities in order to succeed.

Whereas in the early day of Formula 1, when sensors, telemetry, and data analysis were unknown, the drivers were the real heroes of the track and won races primarily through their skill and determination. In the present Formula 1 era, science and technology play a major role, and the driver, perhaps sadly, has a lot less power to decide the outcome of a race.