How Do F1 Teams Earn Money? 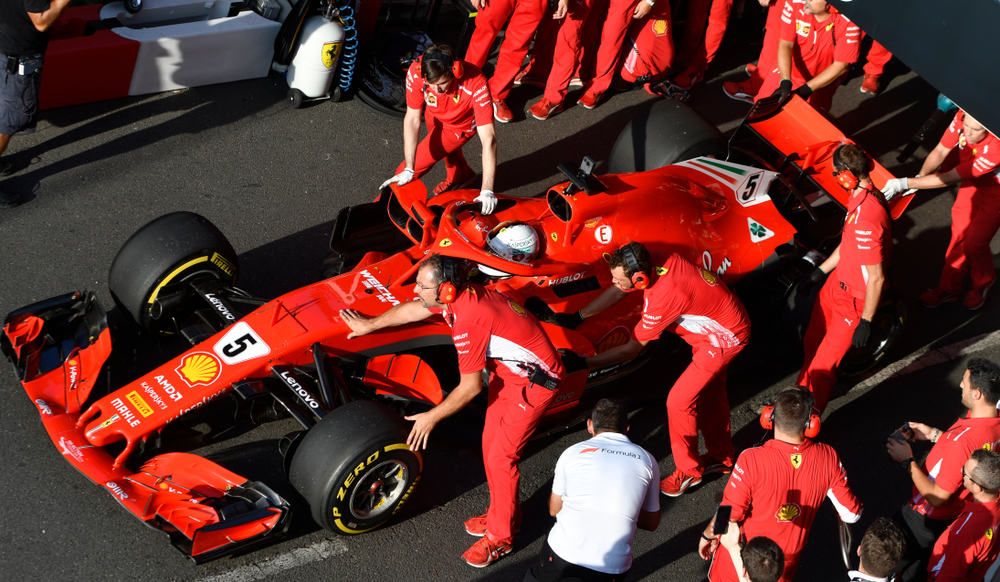 Formula 1 is not just a passion of more than 425 million fans worldwide but also a huge industry employing over 50,000 people in 30 countries. We all know the saying “money makes the world go round.” Well, in Formula One, the story is no different. Most sports like Football, Rugby, or Basketball are much easier to succeed in without needing lots of money, but Formula One and motorsport are entirely the opposite.

While other sports could be seen as pay to win, Formula One is instead paid to play or compete in the first place. This means when looking at the balance sheets of Formula One teams, there are a lot of zeros in it.

In 2019 F1 made revenue of 2.02 billion dollars while the highest-paid driver’s cash in up to 40 million pounds a year, putting them up there with some of the highest-paid athletes in the world, and this trend is not slowing down with karting now costing six figures. So, where does this money come from?

F1 teams earn money from prize money, arranged funds from Formula One management, sponsors and partnerships, investment from parent manufacturers, and other financial arrangements. There may be few different sources, but these are the primary sources of a Formula One team making money.

So Formula One isn’t just a business. It is a massive billion-dollar industry that employs tens of thousands of people. The teams are the businesses within the industry that keep the sport going. Much like google and apple are to the tech industry, and so like any business, the aim is to profit apart from charities and other non-profits. Before we dive into the revenue streams of the F1 team, we need to take a look at the cost incurred by an F1 team.

What Do Formula One Teams Spend Their Money On?

The costs of running a Formula One Team can be split into four main categories:

Research and Development, otherwise known as R&D, consists of things like wind tunnel testing, track testing, and other forms of testing components to ensure they perform their function.

Salaries are pretty self-explanatory as they consist of paying the team staff like the marketing, engineering teams, etc. An example can be paying the drivers, so you know Lewis Hamilton’s 40 million Dollar paycheck and paying team directors like Toto Wolff, Christian Horner, etc.

Production costs for the team involve all the manufacturing or purchasing of new components, including the building or buying of an engine that can cost upwards of 10 million pounds by itself.

Operations costs are those which concerns with things like logistics, travel entertainment for clients, moving everything by freight to long-distance races like Singapore or Brazil, IT and tech costs of running the factory, professional services like marketing or things like that and even the cost of fuel surprisingly add up over a season or two.

So if you add various figures to these areas, we can start to see how much the average team spends over a season. In this hypothetical example, let’s say the team spends 195 million pounds over the length of a season. Now remember that number because it’s kind of important.

What About Revenues? Where Do They Come From?

Well, just like the costs, the revenue can be split into three or four categories depending on

the team. These are:

Let’s begin with the most significant one, FOM Payments. For those that don’t know, FOM stands for Formula One Management. To explain how FOM pays F1 teams, I have split it into 5 divisions.

The next is sponsors. I’m sure most people understand how they work but basically, what happens is that a company like Petronas goes to a team like Mercedes and says, we want to be on your car so we can advertise ourselves and Mercedes say, okay great, that’ll be 70 million dollars job done.

On average, a team has maybe 15 to 25 sponsors who all pay a sum of money to place their logo on the car. The better-performing teams will have more sponsors because they get more airtime on TV and are more marketable. It’s especially true the other way around if a team or driver has a terrible reputation, sponsors won’t go near them.

The next form of earning for teams comes as investment from either a parent company or shareholders where let’s say, Daimler (parent company of Mercedes) wants Mercedes to do better in F1.

So they give them 80 million dollars per season. This is similar for every team, but obviously, some can afford to invest more than others, so while in 2019 Mercedes got 80 Million Dollars a year, Racing Point (Aston Martin) only got 25 million. For many teams, this takes up at least a quarter of all revenue the teams earn. So it’s easy to see why a team like Williams is bound to struggle.

Finally, the last form is driver-linked incomewhich is basically when a driver pays the team a sum of money to drive the car, such as lance stroll, who paid Williams 30 million in 2017 to drive the car. This only really takes place in teams lower down the grid that is desperate to get more revenue.

This is something that the fans hate as it gives many undeserving drivers a spot in the team, and many talented drivers are let out.

Putting things into perspective regarding how teams make money in F1

It is astonishing to think that a team like Mercedes would struggle to earn profits despite their dominance in F1.

Looking at the grid as a whole, it’s very interesting to see that every team bar two break-evens, meaning the costs are the same as the revenue. These are rough estimates and expect a small loss or a small gain either way, but the point is virtually every team uses all their resources to the max, which does make a lot of sense.

Why Do Teams Invest In F1 If They Don’t Make Much Money?

Formula One is used by car companies not necessarily to make a profit but instead as a marketing platform to the world to show that their road cars are the best. So for teams like Mercedes, Renault, Ferrari, etc., Formula One indirectly brings those companies enormous profits.

If someone who likes or watches F1 buys one of their cars, it doesn’t matter if they aren’t making a profit at the end of the day. After all, if you are making a profit, it shows you have more potential resources to improve the car’s performance, which, after all, is the most important thing. Still, next season, the whole financial landscape of formula one will change dramatically because of the budget cap.

What Is The New F1 Budget Cap?

For the first time, the FIA has introduced a budget cap teams will be restricted in how much money they can spend on car development throughout the 2021 season. The cap will be set at $145m (£119m) in 2021, and over the next couple of years, the rules are set to reduce by 5 million dollars per year until 2023 where we see the cap sit at 135 million dollars.

F1 and the FIA have been pursuing a spending cut since 2009. Still, the financial implications of the coronavirus pandemic pushed the sport to go further than expected. The Budget cap is put in place to ensure that the sport remains sustainable in the future and in pursuit of leveling the playing field across the grid, which is currently skewed by significant spending differentials.

So the smaller teams will see the budget cap as a lifeline to stay in Formula One, especially for Williams, Haas F1, Alfa Tauri, and Alfa Romeo, as these teams have a budget of around 150 million dollars anyway.

How Do F1 Drivers Earn Money?

The salaryis a lump sum payment either monthly or annually, depending on the contract

which is paid from the team directly to the driver. This is the primary income for the majority, if not all, drivers.

Then you have bonuses which are payments from the team to the driver based on their performance. This can either come in the form of a race win bonus, point-scoring bonus, or of course, a bonus if you win the title.

In 2012 Lotus F1 team experienced the risky business of bonuses when they offered Kimi Raikkonen 60,000 Dollars for every point he scored. Over the next two years, he scored 390, including 13 podiums and two wins which came out to just over 23 million dollars resulting in Lotus almost going bankrupt.

The final income source is sponsorships or endorsements. These are different from salaries and bonuses because the team does not pay them out. Instead, they are paid by the brand or company that the driver is representing. One great example of this is Lewis Hamilton’s endorsement with clothing brand Tommy Hilfiger who works very closely and, in return, receives some payment.

That’s a short glimpse into how a Formula one team makes money and runs as a business, and it just shows how efficient some of the lower teams like Alpha Tauri and Aston Marting are.

It just puts into context how incredible things like Pierre Gasly’s win in Monza or Force India’s 4th place finish in the 2017 season was. Overall, numerous factors can contribute to the success of an F1 team, and even luck might not be the last of them, especially when rules changes are involved.

The current landscape is shaped by automotive companies, satellite teams, and a few independent ones. Let’s hope that we can see a future where 10 teams with equal financial capabilities compete with each other to win the most coveted prize in all of Motorsports.

Louis Pretoriushttps://onestopracing.com
Previous article
What Is F1, F2, F3 Racing?
Next article
Why Does F1 Only Use Pirelli?