How Has Liberty Media Changed Formula 1? 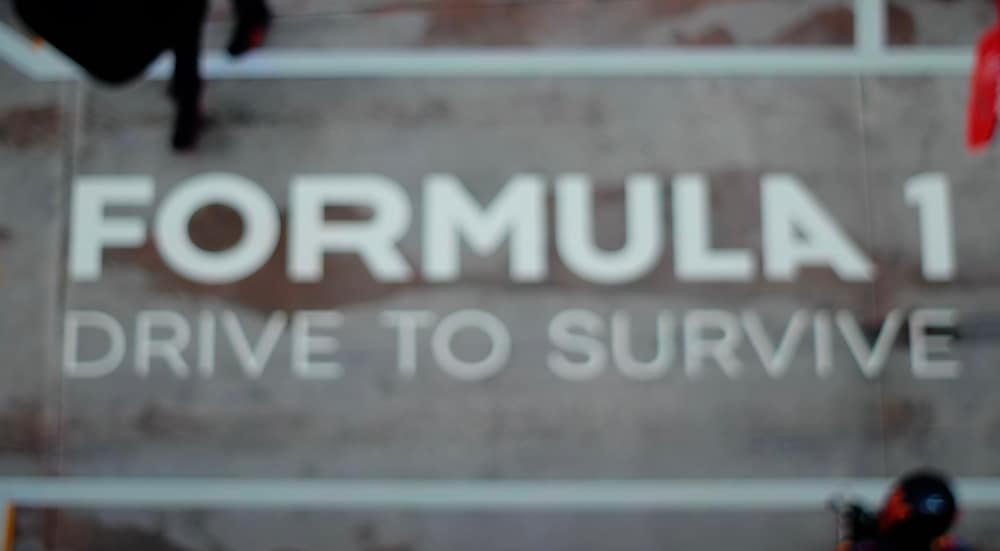 Five years ago, the American company Liberty Media took control of Formula 1, seeking to renew the category in all aspects by introducing many new features to attract a wider audience. What has changed since then?

Liberty Media has brought a complete overhaul to Formula 1. The company, among other things, has largely embraced social media to reach a younger audience, changed the category’s logo, launched the popular Netflix series “Drive to Survive,” and changed many technical and regulatory rules.

Because of this, Formula 1 has seen a massive surge in popularity worldwide over the past few years, breaking numerous records for viewership and followers. Let’s look at what exactly Liberty Media has done to achieve this.

In 2017, the man who had been F1’s boss since 1978, Bernie Ecclestone, was relieved of his duties as chief executive officer of the category’s management. For nearly 50 years, Ecclestone led the sport through some of its most challenging times and directly affected the ongoing evolution of Formula 1 as a sport and spectacle.

For better or worse, Formula 1 has become what it is today because of Ecclestone. Under Ecclestone, among other things, incredible advances in safety were made, numerous regulations were introduced, and he took the sport to new places, making it truly global.

However, the British had an uncompromising vision, perhaps outdated to the new times, when it comes to the presentation of the sport, not quite adapting to new media such as social media or the internet.

In 2017 Formula 1 changed ownership following the $4.4 billion acquisition of American media company Liberty Media, which opened a new window of possibility and a change of direction for the category. The company understands that while F1 is a global sport, the category is ultimately for entertainment.

The new owners of the category have invested heavily in it. They have made significant changes to help the sport grow and adapt to the new times, making it more appealing to new sectors of the population, especially the young. Let’s see what these changes are.

How Has Liberty Media Changed Formula 1?

The first visible change we saw after the acquisition of Formula 1 by Liberty Media was the change of the category’s logo and new graphics, just a few months after the new owners arrived, to give the category a new visual identity.

The old Formula 1 logo had been untouchable since 1994, becoming an iconic logo that was the emblem of the category for more than 29 years, composed of a slanted black letter “F” and red speed marks, forming the “1” in the negative space, to its right.

The new logo, designed in 2018, consists of a bright red stylized “F” learning forward and a clean diagonal line of “1”. It is a minimalist logo but powerful, energetic, and modern. At first, the logo change was a shock, but over time it has been well received by everyone, making it possible to do great marketing with it and leaving the previous one outdated.

Similarly, the brand’s new visual identity also includes typography and brand behaviors, with more stylized and modern lettering, titles, colors, and boxes that give a fresh look to the category.

Liberty Media also commissioned a theme tune for F1, unveiled ahead of the 2018 season, similar to what other sports have done, such as the Champions League theme in soccer. The F1 theme music was composed by veteran Hollywood producer Brian Tyler and was released in March 2018.

Since then, it has been introduced to all practice, qualifying, and race sessions and is the official start of the FOM broadcast. It is a perfect theme to introduce the sessions, and it is also very catchy and popular among the fans, so it has been a great success. It has given F1 a new personality and dimension that it didn’t have before.

One of the biggest shortcomings of Bernie Ecclestone’s management of Formula 1 was the category’s lack of commitment to social media, focusing only on traditional TV broadcasting and lagging far behind other sports. It was not until 2014 that the category began to share footage of the TV broadcast of races on its official YouTube channel.

In this way, the category reaches a broader and younger audience, producing more content and entertainment for fans while allowing them to get to know the drivers, the teams, and the sport from a closer approach.

In addition, this has created a “domino effect,” causing the teams and drivers to upload more content to their social networks, thus creating a mighty online community.

Since the early days of the category, Formula 1 has been full of glamorous models accompanying the drivers on the starting grid, known as “grid girls.” This practice was widely criticized as sexist by many sectors of society and unnecessary today.

For this reason, Liberty Media banned the use of grid girls from the very beginning, claiming that it was an inappropriate practice. The American company has replaced them with the inclusion of children involved in young racing, the stars of the future.

However, this decision was criticized, as there were people who thought that the grid girls were an essential part of the identity and image of Formula 1, although the new owners wanted to leave that image behind, replacing it with a new one in line with modern times.

In the Bernie Ecclestone era, the FIA became very strict regarding alternative helmets and livery design, allowing drivers and teams to change them on rare occasions.

In 2015, under the pretext that drivers could be more recognizable on track by the fans, the FIA banned them from being able to change the design of their helmets during the season, so they had to always wear the same one in every race.

However, Liberty Media has been much more flexible, allowing drivers and teams to change car and helmet designs whenever they want.

Thus, many drivers change helmet designs numerous times during the season in particular races. We have also seen many special liveries among the teams, such as the McLaren Gulf at the 2021 Monaco GP or the Ferrari 1000th GP Edition at the 2020 Tuscany GP.

Apart from the bet on social media, Liberty Media launched its own TV channel in some markets from the 2018 season, where, through a monthly subscription, fans have access to all live sessions, onboard cameras, drivers’ radios, instant timed times, on-demand repetitions and a good package of extra options with which to keep abreast of everything that happens.

This allowed many countries to pay for live streaming of F1 sessions from an official F1 platform rather than from a third-party network or TV channel.

However, this option has not been offered to many countries, such as Spain, the UK, Australia, or Italy, as there are broadcasting rights deals with TV networks. Therefore, although the proposal is good, it is not available in all countries.

One of Liberty Media’s biggest successes has been the Netflix series “Drive To Survive” launch. The American company has allowed TV cameras intimate access to the teams and drivers in the paddock each weekend, creating a dramatic docu-series that tell stories of the season, first introducing all the drivers, teams, and concepts to make it accessible to any audience.

The first season was released in 2019, telling everything that had happened during the 2018 season in 10 episodes, with excellent editing and easy to understand and watch.

Despite the skepticism that existed at the beginning, the series has become a tremendous worldwide success, gaining many new fans worldwide, especially in America, a market with much potential. Currently, it has been running for 4 seasons, with the 5th season due to be released on the 24th of February, 2023.

On the sporting side, one of Liberty Media’s biggest concerns has been to reduce the performance gap between the fastest and slowest teams. During the Bernie Ecclestone era, the wealthiest and most successful teams took a large amount of money at the end of the season, while the poorest and slowest teams received only a tiny share.

On the other hand, Liberty Media has introduced financial regulations known as “Budget Caps,” which restrict teams from spending more than $140 million on most aspects of car development to achieve more parity among teams. This figure is intended to be lowered each year. It started with a cap of $145 million in 2019 and is expected to be $135 million in 2023.

Liberty Media has also dared to change the format of the weekends, including 3 sprint races during each season from 2021, to promote spectacle and entertainment and to give more variety to the championship.

Some of these races have been quite good, while others less so, and there is some division among fans about sprint races. Undoubtedly, it is an exciting way to qualify, where accidents or technical problems can shake up the grid.

10. Expansion Of The Calendar

Since the acquisition of Formula 1 by Liberty Media, the championship has done nothing but grow, adding more races every season. Under Ecclestone, Formula 1 reached places with little motorsport tradition, such as the Arab Emirates, China, and Turkey, as they offered large amounts of money to belong to the championship.

Under Liberty Media, this has not only continued but has grown even more, adding more races to the championship.

The 2021 championship was the longest in history, with 22 rounds, something that was repeated in 2022. In 2023 the record will be broken again, with 24 races, which will place a greater burden on teams and staff, and will be a tremendous logistical challenge, as there will be many back-to-back races during the season.

In recent years, Liberty Media has added races in Miami, Qatar, Netherlands, and Imola, and next year Las Vegas will make its debut, so there will be 3 races in the United States. The inclusion of so many races has generated a lot of controversies, with some people praising them and others saying that there are too many.

For 2022, major regulatory changes have been introduced for cars whose main objective is encouraging overtaking and spectacle on track. Cars have been made smaller and aerodynamically simpler, and the famous ground effect is back.

This makes it easier for drivers to follow each other, as they don’t generate as much dirty air, so overtaking is easier. The previous cars were very big and wide and generated a lot of dirty air, so drivers relied heavily on DRS to overtake.

In 2022 there have been amazing races with numerous overtaking and close fights, so we believe these new regulations have been a success.

With all these changes, Liberty Media has made great strides to do away with Bernie Ecclestone’s outdated vision of Formula 1 in recent years, which did not adapt to the new formats and generation.

Although there are still things to improve, or some changes may seem more or less successful, Liberty Media is undoubtedly going in the right direction for the future vision of the category, modernizing it and making necessary changes. Thanks to Liberty Media, the category is experiencing a period of great popularity around the world, with millions of new fans.

Louis Pretoriushttps://onestopracing.com
Previous article
Are MotoGP Bikes Stock?
Next article
How Much Does It Cost To Become A Formula 1 Driver?