How Many Calories Do Formula 1 Drivers Burn? 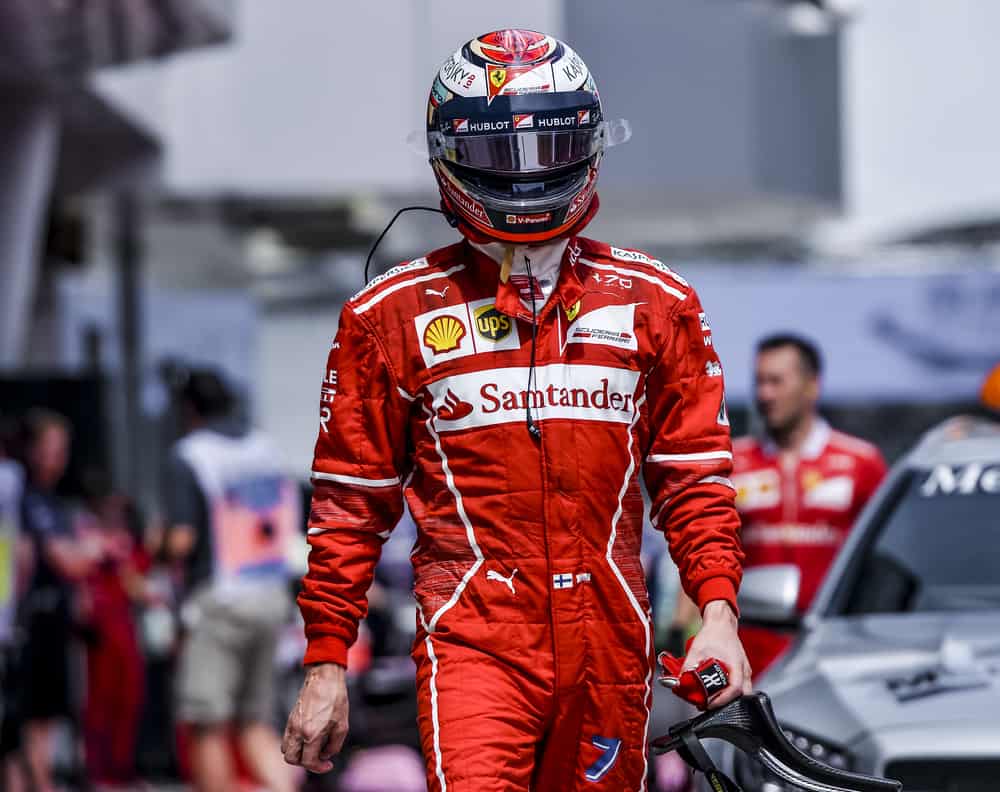 Formula 1 is a brutal sport when it comes to drivers’ health. They face punishing g-forces from the acceleration and deceleration forces and lateral loads, which punish their head and neck. They wear two layers of clothes which include a fire-retardant suit and their racing suit, and experience cockpit temperatures  of 140 degrees Fahrenheit (60 degrees Celsius)

Formula 1 drivers burn, on average, 1500 calories per race. The number of calories lost per race will depend on the length of the race, the speed of the track, the track conditions, and the weather. Each driver loses, on average, between two and four kilograms per race.

Even super-fit people would battle to survive in an F1 cockpit for more than an hour at a time. Not only are the temperatures so extreme and the forces the driver bodies are subjected to so high, but they also must maintain an ice-cold concentration and razor-sharp reaction times while using all their acquired skill to pilot a Formula1 car at unbelievable speeds.

Apart from having the required levels of skill Formula, 1 drivers operate at almost superhuman levels.

What Does A Formula 1 Driver Face?

Formula 1 drivers operate at discomfort levels almost unheard of anywhere else compared to any other motor racing sport. The following lists what the  Formula 1 driver faces in each race.

Everything Around A Formula 1 Driver Is Hot

A formula1 car is designed for speed, not comfort, and the driver sits in the middle of heat-generating components.

On a hot day, a Formula 1 car’s cockpit temperature can be 140 degrees Fahrenheit (60 degrees Celsius).

The driver isn’t allowed to strip off and wear cool clothes. Their outfit consists of the following fashionista items.

So the drivers now move to the gird line and sit in the Formula 1 cars in the blazing sun, waiting for the race to start.

The start lights go off, and the race is on. For the next few hours, the drivers must operate at levels of unbelievable endurance.

They must pilot their Formula 1 car at speeds of up to 220 mph (350 kph). During the race, they will regularly experience fore and aft g-forces of up to 6g. That means a driver who weighs 80kgs will weigh up to 420 kgs during the race.

The following is an example of one lap at the Albert Park Circuit in Melbourne, Australia; the driver must turn through 10 right-hand corners and six left-hand corners over the 5.3 km of track. They travel at full throttle for 3.5 km of that track.

That means, throughout a 58-lap race which will last for just under eighty minutes, the driver will

While doing this, he has to use high mental energy levels, which also burn calories.

How Do Formula One Drivers Cope?

The calories a Formula 1 driver loses due to heat, the punishing forces his body is subjected to, and the mental energy required to pilot his Formula 1 car while in the company of 19 other drivers and their Formula 1 cars are very high.

Watching Formula 1 racing cars challenging each other at incredible speed is visually stimulating and emotionally charged. Without programs to ensure the driver’s health, the 1,500 calories that a driver loses during an hour and a half of racing could add up and cause dehydration and other issues for him.

With rigorous training exercises, careful hydration management, and mental acuity, the driver stays able to perform at the top of his game.