How Much Do F1 Drivers Weigh? 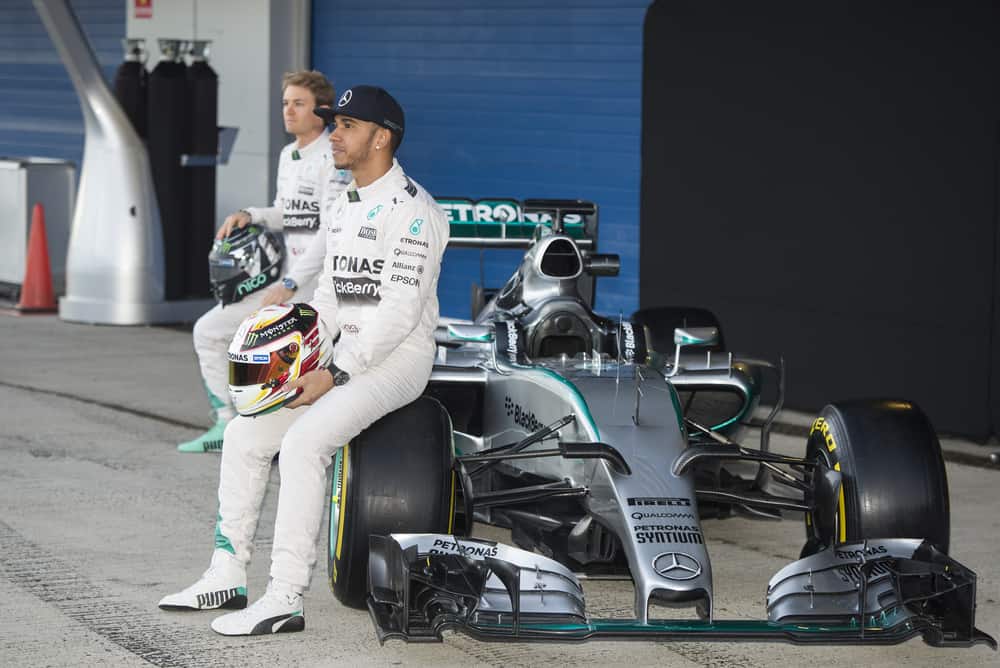 This morning I wondered if my physique matched that of F1 drivers. I weighed myself, but I didn’t know if it was too heavy or too light, so I asked myself, how much F1 drivers weigh?

Most F1 drivers weigh between 75 and 65 kg. The heaviest driver appears to be Antonio Giovinazzi (75 kg), while the lightest driver is Yuki Tsunoda (54 kg). Weight is very important in F1, so ideally, drivers weigh less than 80kg to avoid adding extra weight.

Like everything in F1, every detail is studied and squeezed to the fullest. Weight is one of the most critical factors, so let’s get into the details.

In the following table, we have the data of the 2021 F1 drivers’ height and weight. They may not be exact, but we can get an idea of how much each one weighs with them.

As we can see, and as we said before, most drivers are between 75 and 65 kg, with a few exceptions. In terms of height, most measure between 1.80 m and 1.70 m, a fairly average measurement for most people.

The conclusions that we can draw here are that they are quite normal measurements. It does stand out that many, compared to their height, do not weigh much. Remember that drivers are great athletes who train a lot and have specific diets, so they have hardly any body fat, only muscle.

How Much Do F1 Cars Weigh?

According to 2021 regulations, cars must have a minimum weight of 752 kg, including at least 80 kg of the driver’s weight, to which 110 kg of fuel for the race must be added.

The minimum weight of 80 kg for drivers was established in 2019 to achieve greater equality despite weighing differently. Drivers who weigh less than that 80 kg use a ballast placed in the cockpit to reach that goal. That is why the ideal is to weigh less than 80 kg, not to carry more weight than rivals.

This measure was well-received by all, especially by the taller and heavier drivers, who had more difficulty weighing less, and who in recent years have been able to gain a little more weight and have not had to follow such strict diets.

By 2022, cars, with the regulation change, were expected to weigh 775 kg but will eventually weigh 790 kg without fuel. This is due to design changes on the chassis related to increasing safety.

Why Is Weight So Important In F1?

Weight is very important for track grip, that is, for the car to stick to the track, as this way you can go much faster. The heavier a car is, the more grip it has. On the other hand, the more weight, the greater the wear on the fuel, tires, and brakes.

For this reason, the power-to-weight ratio is critical since it is the relation that measures how much horsepower per kilogram of weight there is, being that of an F1 car, approximately 1.3, which means that it has more horsepower than kilograms.

Weight is combined with another essential factor, aerodynamics, since it increases the force with which the car is pushed against the asphalt without increasing weight, gaining greater grip. That is why the shapes of cars and wings are very complex and have many small parts of different shapes and sizes.

Weight regulations in F1 like that of the minimum weight are intended to provide greater equality between all teams at a competitive level and reduce costs, as it does not allow more “exotic” and expensive materials to be used, which could also affect safety.

How Big A Disadvantage Did Heavier Drivers Face?

Before entering the minimum weight regulation of 80 kg in 2019, taller and heavier drivers were at a disadvantage because they lost time on the track, as lighter drivers’ cars carried less weight and could go faster.

Teams tried to design cars that weighed less than the minimum weight so that with the added weight of the driver, they would not carry extra weight but depending on the regulations. They found it easier or more difficult to reach that minimum weight. That is why how great the disadvantage of being a heavy driver varied over time.

To compensate for this loss of time, taller and heavier drivers had to make certain sacrifices to compete on the same footing as their peers. They had to follow strict diets to lose weight or give up certain functions, such as drinking during the race to avoid carrying water or the KERS system.

For example, in 2009, when the KERS system was introduced, some heavier drivers, such as Robert Kubica, could not afford to install it not to carry more weight, while their lighter teammates could. This was a distinct disadvantage as the KERS system gave you a quite noticeable boost per lap.

2021 cars are the heaviest in the history of Formula 1, and, as we have seen before, 2022 cars will be even heavier due to the regulation change. During the last decades, the weight gain of cars has increased a lot; for example, in 2009, cars weighed “only” 605 kg.

Weight gain affects handling, as cars from several years ago were more agile and aggressive than those of now, which have to be driven more smoothly. The first rule of car weight was introduced in 1961 with a weight of 450 kg, which was increased to 575 in 1973 and 600 in the early 2000s, at which point the weight of cars began to increase considerably.

Starting in 2006, with the change from V10 to V8 engines, the concern of heavier drivers who exceeded the minimum weight increased, as they were forced to lose weight to compete equally, which could affect their health.

Below we have a graph in which we can visually see the increase in weight of cars in the last decade:

With the introduction of the V6 turbo-hybrid V6, there was a huge leap in weight from 2013 to 2014, as these engines are more complex and weigh more. In 2017, cars were made wider and therefore heavier, and in 2018 the halo was introduced, which carried extra weight.

With all these regulations and the new safety measures, 2022 will be 100 kg heavier than the beginning of the V6 turbo-hybrid era.

The Heaviest Drivers To Ever Race In F1

Have you ever wondered if there have been fat drivers in F1? With the professionalization of the sport, technical and technological advances, and more exact science, drivers have increasingly had to train more and become athletes, but this has not always been the case.

During the first decades of F1, cars were more rudimentary in the 50s and 60s, and drivers were not as professional as they are now, so they were not in that good shape. In other words, most of the drivers during F1’s early decades would struggle to fit into the cockpit of a current F1 car.

There is not much data from those times, but if you look at photos of those drivers, you will realize what I am talking about. Drivers like José Froilán González, Alberto Ascari and Giuseppe Farina were much chunkier than current drivers.

Later, during the 70s and 80s, certain chunky drivers, like Alan Jones, once said about his shape: “Too many Barbies (BBQs) and Fosters Lager.”

In more recent times, there have also been drivers who have struggled with weight. When Juan Pablo Montoya joined McLaren in 2005, he had to go on an aggressive diet regime because he physically did not fit in the car. In the past decade, tall drivers like Hülkenberg had weight problems, not because they were fat, but because of the minimum weight.

The Tallest And Shortest Drivers To Ever Race In F1

As for the height, there is more information. Hans-Joachim Stuck, who raced between 1974 and 1979, is the tallest ever driver at 194 cm. Justin Wilson, who raced in 2003 for Minardi and Jaguar, is close behind at 193cm. These are the tallest drivers who have raced in F1 since the 2000s:

As for the shortest ones, Andrea Montermini, who raced in F1 between 1994 and 1996, is believed to be the shortest of the modern era at 157 cm. Yuki Tsunoda is the second shortest F1 driver ever at 159 cm. Here is the list of the shortest drivers to compete in F1 from the 2000s onwards:

F1 is all about pushing to the limits. In such a technical sport, every detail counts to be the fastest. Weight is no exception, and both drivers and cars go through numerous tests to check that they are at the ideal weight.

F1 drivers are true athletes, and they weigh what they weigh so that, according to their height, they can squeeze the car as much as possible.

Louis Pretoriushttps://onestopracing.com
Previous articleWhich F1 Teams Are Based In The UK?
Next articleBest F1 Drivers Of The Last 10 Years