Role Of The Race Engineer In F1 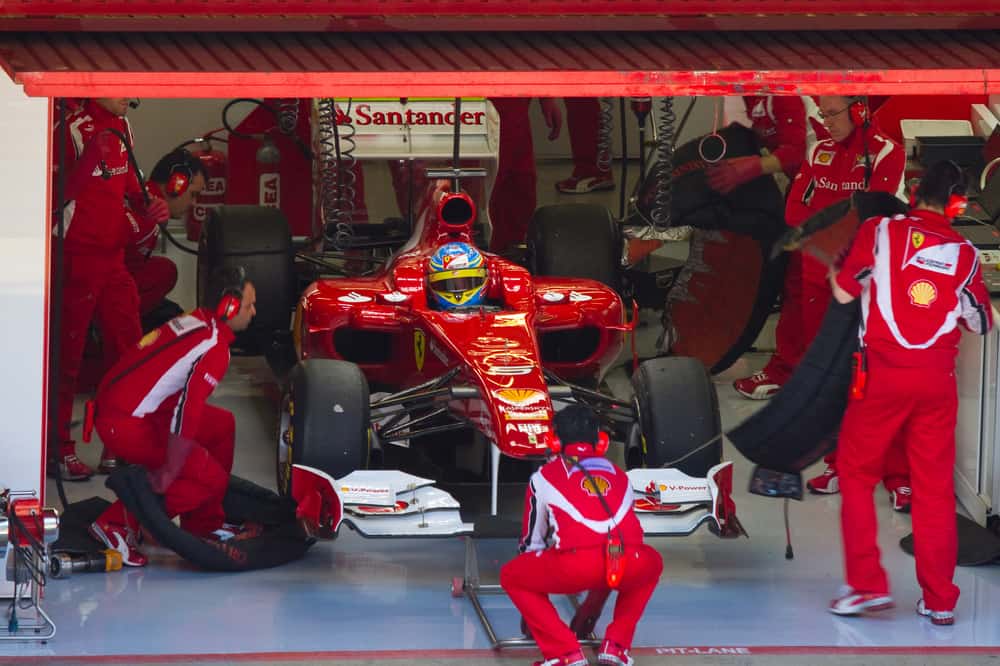 Race engineers are some of the most integral members of an F1 team, and although we often hear them talking to a driver on the radio during a race, we never get a clear picture of what they actually do. They are much more than just a communications bridge between the driver and the strategists and engineers in the garage in the factory. So, let’s examine what the role of an F1 race engineer entails.

F1 race engineers are responsible for overseeing a particular car/driver on and off the racetrack. They need to ensure that the driver is happy and aware of everything they need to know. They also make sure the car is operating at peak performance and assist the driver in maximizing its ability.

Formula 1 race engineers have multi-faceted roles that require a wide range of skills. So let’s get into what their role entails, what they are responsible for, and the skills needed to become an F1 race engineer.

Role Of The Race Engineer In F1?

Each driver in a Formula 1 team is assigned a race engineer, and they generally stick with them for as long as the driver or the engineer remains with the team. This is because the race engineer and driver need to have a good relationship. They have to work together a lot, and the race engineer is responsible for keeping the driver calm on track while telling them everything they need to know. They must understand their driver’s needs and limitations and know when to talk to them and how to do so. Therefore, the human aspect is as essential as their engineering capabilities.

A lot is going on during F1 races, and it is up to the race engineer that their driver knows everything they need to know during a race. This includes:

While this isn’t a definitive list, as the role of a race engineer is multi-faceted and ever-changing, it gives you a good idea of the wide range of responsibilities F1 race engineers have. This information is given to the race engineer by a team of engineers, including tire engineers, aerodynamic engineers, performance engineers, control engineers, the engine team, and the strategy team. They are in constant communication with these people throughout the race to ensure their driver does as well as possible when they’re out on track.

What Is A F1 Race Engineer Responsible Off The Track?

While the most prominent role of a race engineer is their communication with their driver while they’re out on the track, they are also responsible for a variety of things when the car is in the garage. These include:

Off the track, they ensure that the car is ready for the driver when they get into it and that it is working correctly and is at its peak performance level. They oversee a team of engineers and mechanics to ensure that all of this happens.

How To Become A F1 Race Engineer?

Being a race engineer for a car/driver is a relatively senior role as it is so important. Therefore, most of the current race engineers started in other positions in Formula 1. Many worked as engineers in the team’s factory or headquarters or as performance engineers, while others worked as strategists or in different roles. They worked their way up through the ranks until they got the senior race engineer job.

They all studied some form of engineering at university/college before entering the world of F1 and working their way through different engineering roles before becoming a race engineer.

Beyond the formal qualifications and working your way up through the team setup, there are several vital skills you need to have to be an F1 race engineer. These include:

Race engineers play a critical role in F1. They are responsible for ensuring that the car they’re responsible for is at peak performance level. They also make sure that the driver is happy in the car and maximizes its capabilities. Beyond this, they manage the running and maintenance of the car during race weekends and ensure that their driver knows what is happening on the track, both in terms of strategic decisions and safety. It is a multi-faceted role that requires excellent communication and engineering skills.