What Is A Free Pit Stop In F1? 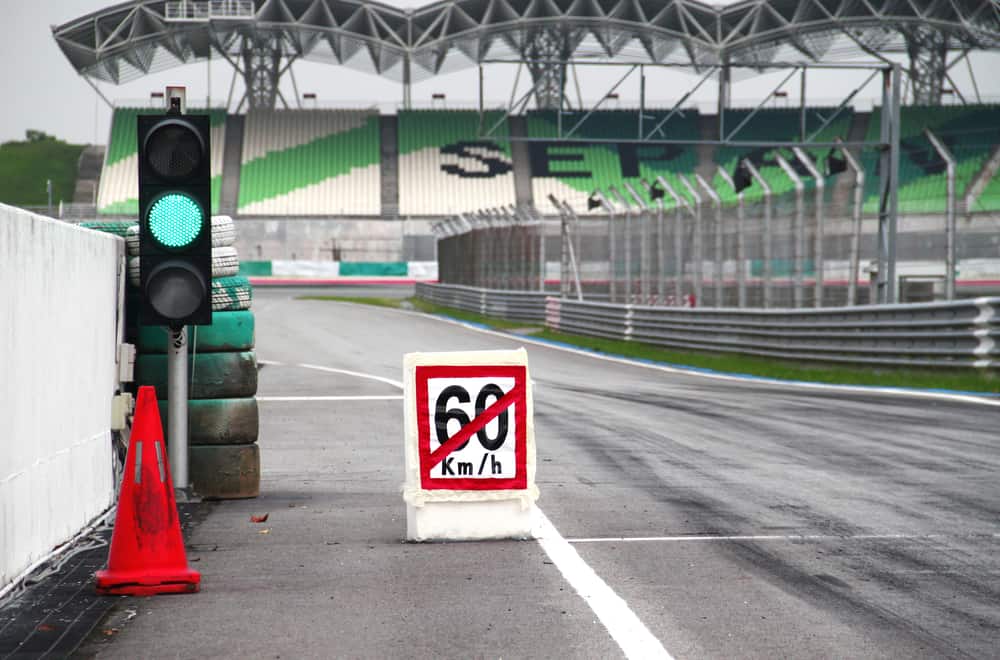 Every competitive sport employs a set of strategies to help maximize the best possible result. Formula 1 is no exception. Much of that strategy revolves around deciding which tires to fit and when to take a pit stop.

The combined efforts of drivers, team managers, members, and the pit crew will ultimately determine the race’s outcome and who ends the race in the best finishing position.

A free pit stop occurs when a car is further ahead than the next car when it exits the pits with fresh tires. It is the car’s lap time plus the pitstop, minus the next car’s lap time, ensuring the leading car gains or maintains its position when the safety car exits the track.

Several factors influence the outcome of an F1 race. Some of the most dramatic and unexpected ones are delays in the pits during tire changes or race incidents requiring the safety car to be deployed.

F1 teams make use of various competitive strategies to take advantage of these factors and come out in a winning position. A free pit stop is one of the best possible tools to achieve this. But what is a free pit stop, and when does it occur?

Back in the nascent days of F1, pit stops were only required when a car was retiring during a race. Later, in the 1970’s it became common for cars to change their tires mid-race.

In 1994, the FIA introduced refueling too, which increased the danger levels, caused havoc with race results, and extended the pit stop times considerably.

In 2010, refueling was banned for safety reasons and increased competitiveness through fuel efficiency strategies, forcing cars to start the race with a full tank and leaving the fuel management up to the drivers and their teams.

Bad fuel management would cause cars to run out before reaching the finishing line.

How Many Pit Stops Are Required?

Currently, F1 teams are expected to pit only for tire changes. Suppose penalties are levied for various infractions, including exceeding the 80km/h speed limit in the pit lane and exiting the pit into oncoming traffic if the pit lane is closed for safety reasons.

Penalties can include a 10-second penalty, a drive through the pits, or a 10-second stop and go, depending on the severity of the transgression. A team may also be fined if, for example, an incident causes another car to retire from the race.

There really is no specific limit to the number of pit stops during any race; however, the fewer, the better for obvious reasons. One to three pit stops in a race are normal.

More stops may be required if weather changes justify tire changes between wet and dry.

How Does A Car Earn A Free Pit Stop?

A free pit stop primarily occurs when an incident, such as a crash, and the safety car being deployed.

Let’s assume that under normal race conditions, a routine pit stop, say for a tire change, take around 20 to 30 seconds, given modern average pit crew performance. For example, if a lap on a particular race circuit takes 100 seconds and an average pit stop takes 20 seconds, this lap with a pit stop will take 120 seconds.

Now let’s assume that the leading Ferrari enters the pits and takes 20 seconds to exit and rejoin the race; he will have lost his position to all the cars within 20 seconds behind him. That would be deemed to be a normal pit stop.

In an accident or a situation requiring the safety car to come out, everyone would be mandated to slow down to a steady pace behind the safety car. A lap could now take 150 seconds to complete, but a pit stop would still take the same amount of time, 20 seconds.

The 20 seconds taken out of a lap taking 150 seconds is proportionally smaller than it would under a normal 100 seconds lap, and because the trailing cars are traveling at a slower speed, fewer cars would pass the leading Ferrari using this model.

Of course, the chances are that most everyone else in the field will have the same idea as the Ferrari and stop at more or less the same time before the safety car disappears and the race resumes. This will invariably negate everyone’s expected advantage. But at least there are no losers ultimately, as everyone retains their original position.

In another case, looking at, say, a McLaren in the second position, 10 seconds behind the leading Ferrari. If the McLaren pits first in a normal race lap, it will end up 30 seconds behind the Ferrari. McLaren knows that if a safety car is called, the gaps between the cars will all disappear.

If the McLaren pits now, they’ll trail right behind the Ferrari instead of 30 seconds further back. At this point, taking the pit stop has cost McLaren nothing, effectively earning them a free pit stop.

The Ferrari should be aware of this too, and they will pit too. Otherwise, the McLaren will end upright on its tail and with fresh new tires.

The Ferrari should concern that if he pits and the McLaren doesn’t, then the  McLaren will end up in front of him once the safety car exits.

This puts McLaren in a favorable position based on what the Ferrari does or doesn’t do. And this is the metric under which a free or “cheap” pit stop can be used to win a race.

A free or cheap pit stop is nothing more than a strategy that can be employed to win time and gain a competitive advantage by using the safety rules mandated by the FIA governing body. It’s one of many that allows teams to make quick decisions that can make the difference between winning and losing.

Louis Pretoriushttps://onestopracing.com
Previous articleWhat Engine Does McLaren Use In F1?
Next articleIs There A Weight Requirement Or Limit For F1?

If you watch an F1 race, there will inevitably...
Read more

If you want to become a Formula One doctor,...
Read more

Given the recent discussions of LGBTQ+ athletes, supporters, and...
Read more