Is There A Weight Requirement Or Limit For F1? 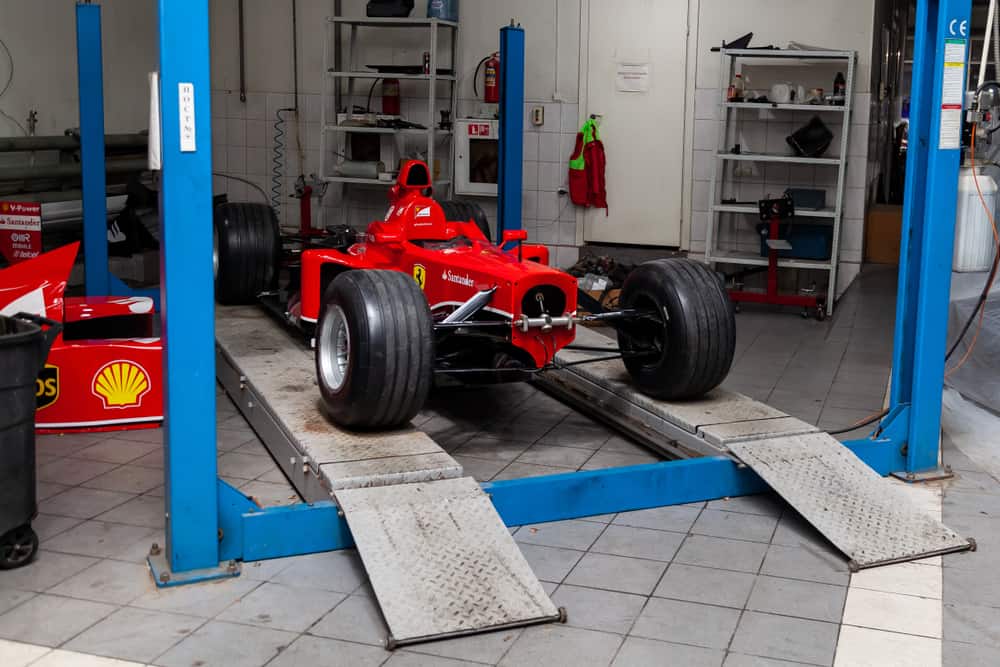 F1 teams are involved in incredible technological, aerodynamic, and other performance capabilities. While the teams aim to obtain a competitive advantage over the rest of the pack using these gains to keep the racing exciting, with cars being closely matched, the FIA  is forced to change regulations to remove any technological advantages constantly.

The 2022 F1 regulations stipulate that the cars must weigh more than 798 kg and that the drivers cannot weigh less than 80 kg. Eight out of the ten teams have vehicles that exceed the minimums requirements, and while this is not a breach of the rules, it impacts the car’s competitiveness.

To equalize the performance of the F1 cars, the FIA is obsessed with enforcing the minimum allowable weights of the F1 cars. It is not only the car’s total weight that is regulated but also the weight of individual components.

There Are Very Strict Weight Requirements In F1

The 2022 minimum weight restrictions are very details and require the cars to be equal to or less than 798kg.

It is not only the total weight of the package, which is limited but also the weight of individual components within the car. These are shown in the following table.

The only two teams who managed to launch a car within these weight limits were Alfa Romeo and the McLaren MCL36.

Is There A Weight Limit That Affects The Drivers?

After a practice, qualifying, or race session, you may have wondered why the drivers pass through a room and have their weights checked.

The regulations stipulate that the driver cannot weigh less than 80 kgs at the end of a race. The 80kg limit includes the weight of the driver’s helmet, clothing, and footwear, and to compensate for this, the driver’s target weight is under 80kg.

The weight difference between drivers is extreme.

The driver’s weight must be carefully managed during a typical race because they will lose between 2 -4 kgs.

There are two reasons for this.

With these height differences comes a variance in driver’s weight. While most drivers weigh less than 80 kgs, the regulations determine that the driver’s weight should not be used as a competitive advantage on the track.

Before the 2019 racing year, the driver’s weight was included in the whole racing car’s minimum weight restrictions. It gave F1 teams with lighter drivers an advantage as they could use the differential to their advantage.

From 2019 onwards, the driver’s weight is calculated separately from the whole car, which removes the advantage teams with lighter drivers previously held.

The current regulations stipulate that, If the driver weighs less than 80kgs, the team has to add the difference in weight as ballast in the car. The ballast has to be added to the cockpit, which means the teams can’t use it to improve the car’s overall balance.

The main cause of the weight reduction is a loss of liquids by sweating.

This level of regular weight variation is not generally healthy, and it is important for the driver’s medical team to monitor the weight loss and intervene if necessary.

Why Is The Weight Of The F1 Car So Important?

On a racetrack such as the one in Barcelona, every additional ten kilograms reduces the car’s track times by around three-tenths of a second.

In most areas of life, this tiny difference is insignificant, but throughout the 2022 63-lap Imola Grand Prix, this translated to an almost 19-second disparity.

The difference in times between Max Verstappen (Winner) and Daniel Ricciardo (Last) over the entire 2022 Imola Grand Prix was only 1.03 minutes.

There was an approximate 19-second time difference between second (Sergio Perez) and fifth place (George Russel).

Remember that weight also affects the agility of Formula 1 cars, which do not have power steering assistance.

Drivers, engineers, and the team itself are often at odds regarding the weight of the F1 car.

The lighter the car, the more competitive it is.

In addition, the already exhausting conditions the drivers face do not need to be compounded by having heavy, cumbersome machines to maneuver around the slower corners.

Of course, the heavier the car, the easier the engineer’s jobs are. The constant drive to reduce weight may come at the cost of reliability.

The F1 cars have been gradually increasing in weight through the years.

There has been a steady rise in the minimum weights from that period onwards.

The increase in weight has generally been a consequence of improved safety devices, improving the sports eco-credentials, and reducing the performance disparity between teams.

One biggest increase in minimum weights was in 2011 and 2014, when the sport moved to the hybrid engine era.

In 2011 Kinetic Energy Recovery System (KERS) was widely adopted, which increased the weight by 20kgs to 640 kgs.

The 2022 F1 cars are an entirely new design that has improved safety measures and impact tolerances, while larger wheels have also been added. The higher weight has been driven by the halo, bigger tires, and longer chassis.

How Do F1 Teams Reduce A Cars Weight

Teams look at every area of the car to reduce weight. They will consider the materials used and their thicknesses and look at the function and purpose of every component in the quest for weight loss.

An example of the detail to which teams drill down is that they actually remove paint from certain car parts.

With the paint on a fully adorned f1 car weighing 6kgs, teams are actively looking at how they can reduce this.

Aston Martin has revealed that removing some of the green paint from its car saved around 350g. McLaren has also stripped back orange paint from the airbox for the season’s first race.

Although they won’t reveal the total saving, Williams has made large gains and even considered having no paint other than the sponsor’s logos.

Reducing the weight of an F1 car impacts the competitive advantage in the same way that the engine, chassis, and aerodynamics need to be constantly upgraded. As a result, the FIA has included very strict minimum weights for the F1 cars.

The 2022 F1 car is a brand-new design that incorporates significant safety improvements, larger wheels, and a longer chassis. As a result, most teams struggle to achieve the minimums set by the FIA.

Louis Pretoriushttps://onestopracing.com
Previous article
What Is A Free Pit Stop In F1?
Next article
Has An F1 Driver Ever Hit A Safety Car?